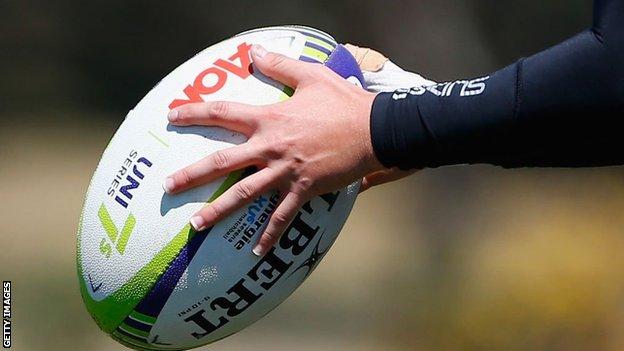 Transgender inclusion in sport could be improved by adding ‘open’ and ‘universal’ categories to male and female ones, new guidance says.

A wide-ranging review of transgender inclusion in non-elite sport in the UK has concluded the current policies are not fit for purpose and require a reset.

The Sports Councils Equality Group (SCEG) said “for many sports, the inclusion of transgender people, fairness and safety cannot co-exist in a single competitive model”.

The guidance covers community sport up to national level – not international, professional or elite sport.

It says the governing bodies for each sport should work out their priorities, and choose whether they will focus on inclusion or “competitive fairness” – and safety if relevant – within the current format of their sport.

The new guidance has been developed by Sport England, Sport Scotland, Sport Northern Ireland, Sport Wales and UK Sport after an 18-month consultation and review of the existing research.

It concludes “testosterone suppression is unlikely to guarantee fairness between transgender women and natal females in gender-affected sports” and there are “retained differences in strength, stamina and physique between the average woman compared with the average transgender woman or non-binary person registered male at birth”.

“In order to survive and thrive in the future, sport must adapt to reflect modern society, and that often, it is too slow to do so,” the guidance says.

It states that if sports choose to continue categorising participants within male and female, they are encouraged to consider creating additional versions of their sports, including “universal admission” or open categories.

Governing bodies are encouraged to “think in innovative and creative ways to ensure nobody is left out”.

There are 10 guiding principles for the “reimagining” of transgender inclusion policies.

One of those relates specifically to testosterone suppression, which has been used as a way of including transgender women in women’s sport.

The International Olympic Committee (IOC), for example, issued guidance in 2015 stating transgender women must suppress testosterone levels for at least 12 months before competition.

Updated guidance from the IOC was recently delayed, though its medical and science director, Dr Richard Budgett, said in July that the science has “moved on” from 2015.

The SCEG said: “Our work exploring the latest research, evidence and studies made clear that there are retained differences in strength, stamina and physique between the average woman compared with the average transgender woman or non-binary person registered male at birth, with or without testosterone suppression.”

In the Tokyo 2020 Olympics this summer, transgender athlete Laurel Hubbard made Games history by competing in the women’s +87kg weightlifting.

Hubbard became the first openly transgender athlete to compete at a Games in a different gender category to the one in which they were born.

The review has been described by those in charge of the sports councils as a “challenging and emotive piece of work”, consisting of an independent consultation including interviews and surveys, involving respondents from 54 sports and 175 organisations.

A foreword written by the chief executives of the sports councils says: “We want this guidance to open up, rather than close down opportunities for everyone, recognising that many other people already feel excluded from sport and physical activity.

“While our consultation found that there was widespread support for ensuring that sport was a welcoming place for everyone in society, including for transgender people, it also highlighted that there were concerns relating to safety and fairness in relation to transgender inclusion, particularly in female sport, and that there was no consensus on a single solution as to how this should be addressed.”

What else did the report say?

Here are some further key points from the review and guidance:

What has been the reaction?

Robbie de Santos, Stonewall: “It is extremely harmful for this guidance to suggest that there is an inherent conflict between inclusion, fairness and safety, when in reality, the three go hand in hand.

“Amidst the current manufactured moral panic around trans people, it is important that governing bodies’ policies are based on solid evidence about the reality of sport and inclusion.

“The truth is that trans women are already participating in sports, without any evidence that they are disproportionately succeeding in competitive sport or posing safety risks – which this guidance fails to properly reflect in its use of data.

“The beauty of sport is that it is for everyone and this guidance moves us away from that core principle, by creating confusing, unnecessary distinctions for sporting bodies to navigate.

“We urge that the Sport Councils Equality Group reflect on the real-life impacts of this guidance on trans people who play sport, and support the development of more robust research, based on the current realities of trans inclusion in sport, in order to better guide governing bodies.”

“It is now increasingly recognised that the existing approach to transgender inclusion in sport is out of date and no longer fit for purpose. We commend the Sports Councils for taking the lead to address this difficult and sensitive issue.

“This comprehensive review confirms what we all know: sex matters in sport. That’s why we have always needed a separate protected category for females and still do.

“It’s good to see all the UK’s sports councils confirming that reserving a sport category for biological females is both lawful and necessary to guarantee the fair and safe inclusion of women in sport.

“This guidance puts an end to the idea that it is possible to allow people, who were born male into the female sports category, without women and girls paying the price.”