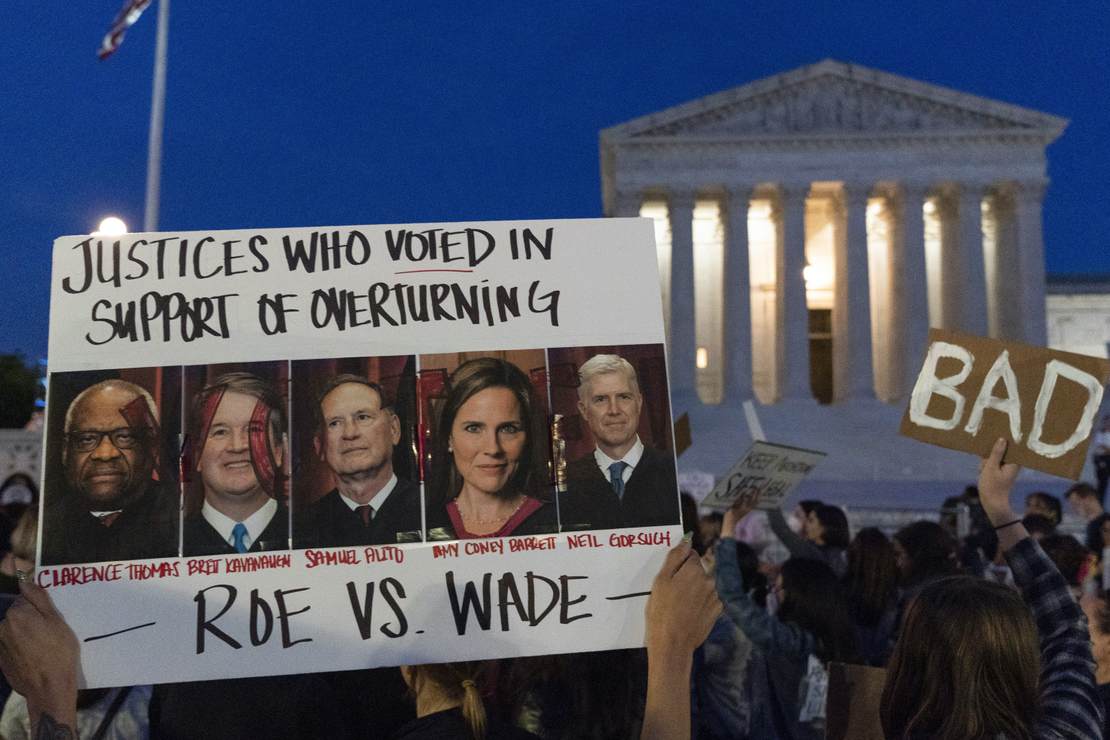 Since 1987, every single Supreme Court nominee has had to perform the abortion Kabuki dance with Democrat Party members on the Senate Judiciary Committee. This stare decisis theater has nearly destroyed the confirmation process. Now, with the Dobbs v. Jackson Women’s Health Organization decision overturning Roe v. Wade and Casey v. Planned Parenthood, we finally might be rid of this charade.

The year 1987 brought us the first time the overt radicals — like Sens. Ted Kennedy, Joe Biden, and Howard Metzenbaum — showed their true colors in their takeover of the Judiciary Committee.

Demagogic bloviating overtook the process, and it was the last time any nominee told the truth about abortion.

Ronald Reagan nominated Robert Bork, an originalist judge sitting on the D.C. Circuit Court, to take Justice Lewis F. Powell Jr.’s spot after Powell announced his retirement. Bork was reputedly one of the smartest, savviest, and most learned judges ever to get the nod. He served as Solicitor General under President Nixon and carried out the president’s orders in the notorious Saturday Night Massacre. But that wasn’t what killed his nomination. Bork’s problem was that he simply couldn’t find where abortion was justified in the U.S. Constitution, so his nomination had to die.

Bork thought he might have an opportunity to at least state his logical case for why privacy rights, the lynchpin of Roe, didn’t exist in the Constitution. Wrong.

Sen. Kennedy, the man who gave America open borders and chain migration intoned, “Robert Bork’s America is a land in which women would be forced into back-alley abortions, blacks would sit at segregated lunch counters, rogue police could break down citizens’ doors in midnight raids, [and] schoolchildren could not be taught about evolution…”

As legal scholar Hadley Arkes wrote in National Review on the day in 2012 when Bork drew his last breath, “If Robert Bork had been on the Court, Roe v. Wade would have been overturned at least by 1992 with Planned Parenthood v. Casey.”

Indeed, Bork’s spot was eventually taken by Anthony Kennedy, Mr. Swing Vote himself, who gave the country that horrible Planned Parenthood v. Casey decision, which replaced one hackneyed decision with another. As Catholic World Report put it when he retired, “Kennedy led the majority with one of the most breathtakingly outrageous statements in the history of jurisprudence: ‘At the heart of liberty,’ averred Kennedy, ‘is the right to define one’s own concept of existence, of meaning, of the universe, and of the mystery of human life.’ Tens of millions of unborn babies would continue to be legally aborted courtesy of that bucket of philosophical hogwash.”

You wouldn’t have heard those crazy words from Bork’s mouth or pen.

Biden, Kennedy, and Metzenbaum tried to take out Clarence Thomas’ nomination in 1991 with racist tropes and pubic hairs on Coke cans, but by the time Ruth Bader Ginsburg came along in 1994, Biden allowed her an out. She didn’t have to answer questions that might be problematic for her nomination. They called it the Ginsburg Rule. And it applied only to her, as it turned out.

The Washington Post reported that the rule was basically “that when answering questions from the senators, nominees must avoid offering ‘hints,’ ‘forecasts’ or ‘previews’ — as Justice Ruth Bader Ginsburg put it in her confirmation hearing — into how they might rule on the bench.”

Former Attorney General Edwin Meese wrote that Ginsburg should have had some ‘splainin’ to do, but Biden gave her cover. Meese wrote, “Her record as an ACLU litigator placed her far outside the mainstream of American law. She had argued for legalizing prostitution, against separate prisons for men and women, and had speculated that there could be a constitutional right to polygamy.”

But the stare decisis two-step continued each time Republican nominees were forced to bend the knee to the abortion lobby.

In 2005, John Roberts was asked about abortion and said it was “settled as a precedent of the court.”

The next year, during Samuel Alito’s confirmation hearings, he refused to declare Roe a “super precedent.” Earlier in his career, he said in the Casey v. Pennsylvania appeal that judges should not “second-guess the state legislature’s decisions on the adequacy of several exceptions it included for certain cases.” He basically said the same thing in the Dobbs decision, which is that these issues were for legislatures to decide, not courts.

The Ginsburg Rule didn’t apply to Brett Kavanaugh, either, as crazy women practically hung from chandeliers in the hearing room. He was castigated for his Catholic faith and upbringing, and Democrats produced a cavalcade of crazies before the committee to make allegations from farting and drinking to gang rape. They’ve never been punished for perjury.

Senators always assumed that the liberal justices would favor abortion, even though they’re presumably smart enough to know that it doesn’t comport with the Constitution. But a rule in the other direction doesn’t apply.

Indeed, private conversations had the force of law as far as the senators were concerned.

#SusanCollins issues a statement that the ruling overturning #RoeVsWade is inconsistent with statements #Gorsuch and #Kavanaugh made to her during private conversations and during their nomination hearings. Collins was warned by commentators, pundits and some colleagues at /2 pic.twitter.com/fgWYGJtZfz

Kavanaugh said there should be predictability from the court but suggested that some laws must be overturned, such as Plessy v. Ferguson. Kavanaugh said “again, it is not — Brown v. Board shows it is not absolute. And that is a good thing, but it is critically important to the impartiality and stability and predictability of the law.”

And Justice Amy Coney Barrett refused to take up Democrat senators’ use of “super precedent” in her discussions of Roe. “Roe is not a super precedent because calls for its overruling have never ceased, but that does not mean that Roe should be overruled. It just means that it doesn’t fall on the small handful of cases like Marbury v. Madison and Brown v. The Board that no one questions anymore.”

Though it sounds naïve, Americans should want their Supreme Court to affirm or deny claims based on whether a case is supported in the Constitution or not.

Now that the abortion debate has gone back to the states, thanks to the court, maybe finally we can get back to drama-free nomination hearings.

I won’t miss these “good times.”