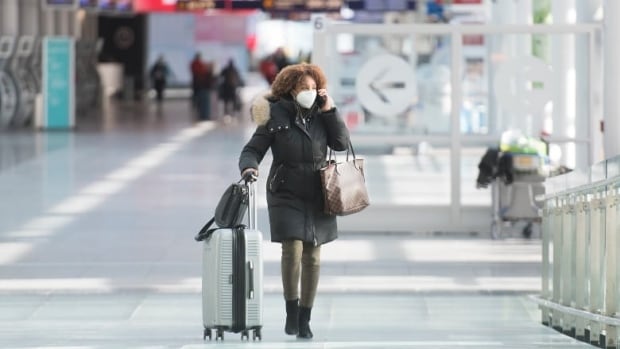 Another shot at increasing vaccination rates

All Canadians hoping to travel on trains, planes and most marine vessels will soon need to be vaccinated.

But can rail and airline workers be expected to check and enforce each traveller’s vaccination status? And what about those who might exploit built-in exceptions for religious and medical needs? Transport Minister Omar Alghabra joins the program to discuss.

New Brunswick this week became the latest province to implement new public health measures meant to curb the spread of COVID-19, as daily case counts spike there — just in time for Thanksgiving.

Premier Blaine Higgs joins The House to discuss the restrictions aimed at discouraging large social gatherings over the holiday weekend.

The race to become Manitoba’s next premier

At the end of the month, Manitoba’s Progressive Conservatives will pick a new leader — a successor to Brian Pallister, who stepped down at the end of the summer with one of the lowest approval ratings among Canada’s premiers.

Two women are in the running for the top job: former provincial health minister Heather Stefanson and former federal cabinet minister Shelly Glover. CBC’s Bartley Kives speaks to both candidates and examines the state of the race, which could leave Manitoba’s first female premier perched on the edge of a so-called “glass cliff”.

CBC News: The House7:00The race to become Manitoba’s next premier

CBC’s Bartley Kives dissects the race to become Manitoba’s next PC premier and speaks to candidates Shelly Glover and Heather Stefanson — one of whom will become the first woman to lead the province. 7:00

Conservative Leader Erin O’Toole announced this week further details of a comprehensive post-campaign review — “a 360 review on where we fell short, what we did right,” as he told reporters.

Kenny Chiu calls himself a “pandemic MP.” The former Conservative MP for Steveston–Richmond East, who was first elected in 2019 and lost his seat a few weeks ago, hadn’t even opened his constituency office by the time the pandemic began.

Chiu also said some of his work as an MP was undermined by unnamed and unsourced Chinese-language articles that floated around the popular WeChat social media site, used widely by Chinese Canadians. And he said that any Conservative policy that was critical of Chinese state policy was seen as being anti-Chinese.

Chris Hall went to meet Chiu as he was packing up his office on Parliament Hill to discuss the challenges posed by social media disinformation.

Former Conservative MP Kenny Chiu talks about the struggle to settle in as a “pandemic MP” and his efforts to fight what he saw as misinformation circling among Chinese-Canadians during the campaign. 7:47

Whistleblower Frances Haugen told a U.S. Senate committee this week that she believes stricter government oversight could alleviate the dangers she said Facebook poses to democracy.

The social media giant has been accused of pursuing profits over safety — and of fuelling misinformation and polarization and harming teenagers.

Harvard’s Jane Lytvynenko and McGill’s Taylor Owen join The House to discuss what Canadian legislators should do to rein in Facebook.