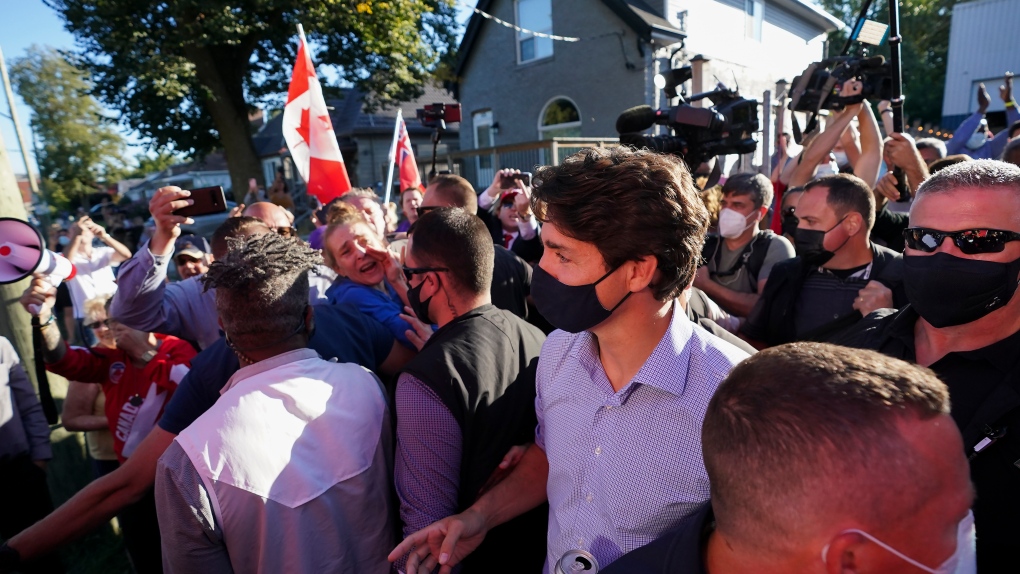 The man accused of throwing rocks at Prime Minister Justin Trudeau at a campaign event in London, Ont. made a brief court appearance on Wednesday.

Shane Marshall, 25, of St. Thomas was charged with one count of assault with a weapon in relation to the incident on Sept. 6.

Trudeau was in London as part of a southern Ontario swing for the Liberal campaign ahead of the Sept. 20 election.

During the day the campaign had seen increasingly larger groups of protesters, including at a microbrewery in London.

When the Liberal leader walked out of his travel bus gravel was thrown in his direction.

At the time Trudeau said he may have been hit in the shoulder. The stones are also alleged to have hit party staffers and some journalists.

No injuries were reported in the incident.

As London police investigated the matter it was learned that Marshall had been removed as president of the Elgin Middlesex London Riding Association for the People’s Party of Canada.

On Sept. 11 it was announced that Marshall had been charged in relation to the rock throwing incident.

He is expected to make his next court appearance on Nov. 10.