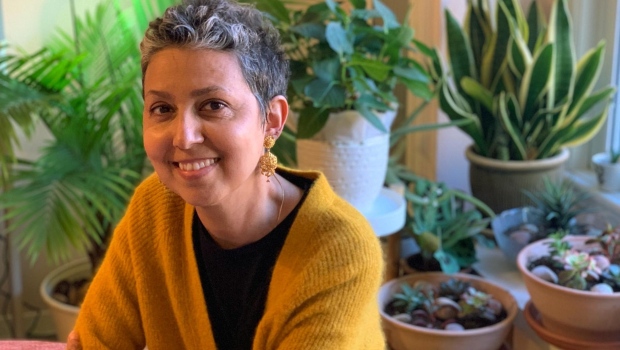 MONTREAL — Dr. Nadia Chaudhri, the Concordia professor who documented the last months of her life on Twitter, has died.

Concordia confirmed the neuroscientist’s death on Tuesday at age 43 from ovarian cancer, less than three years after she was diagnosed.

She leaves behind a beloved young son, a husband, and many other friends and family. Born in Pakistan and educated in the U.S. from age 17 through prestigious scholarships, Chaudhri also had a long list of accomplishments to her name.

But tens of thousands of strangers are also mourning her for other reasons entirely, and in surprisingly personal ways, from around the globe.

“She’ll continue to teach me even after death, about respecting every moment, being aware of death but not being mentally paralyzed by it,” said Denis Coruslu, who followed her from Turkey.

“I don’t know that I could be so giving and project such positivity if I were dying young and leaving my child,” said another, Terri Lynch, from Ireland.

Today Is the day I tell my son that I’m dying from cancer. It’s reached a point where he has to hear it from me. Let all my tears flow now so that I can be brave this afternoon. Let me howl with grief now so that I can comfort him. pic.twitter.com/PDgy8qbTIL

In a life filled with vivid real-world connections, it was an impromptu choice made over the course of a few short months—a side project.

But Chaudhri’s decision to keep a sort of online diary about her inevitable death from cancer, about life before and after arriving at a palliative care ward, were followed by 143,000 people this spring and summer.

Her tweets were full of what some might call the mundane—written snapshots of life at the hospital and old memories, anecdotes about her six-year-old son, photos of things she loved.

As an ⁦@FandMCollege⁩ undergrad I rang this giant bell at 8:30 AM to signal the start of class.

I’d enter the crumbling attic of the AD building through a ceiling trap door. Then I’d yank a splintering rope to swing the bell.

A crazy tradition! I did it for 4 years pic.twitter.com/iHAtV8Grg7

In the days after her account went silent last week, a few of those who followed her told CTV that somehow, through these small details and the neuroscience professor’s frequent jokes, she had given them profound realizations they never even knew they needed.

Maybe strangers were especially desperate to connect this year, struck with newfound awareness of mortality and isolation, said some.

“I came out of the dark days of lockdowns with a magnified sense of joy at being alive so, even though she was dying, I was drawn to her love of life,” said Lynch, who lives in Dublin and has a seven-year-old son.

But it wasn’t just that, she said.

“I seem to think of her often during moments where previously I may have complained, especially in my life as a parent,” said Lynch.

“I imagine she would give anything to deal with everyday issues. I stop and think “Well, Terri, I bet Nadia would love to be here, stuck in traffic, wondering what’s for dinner at 5.30 p.m. on a Thursday, so stop complaining,” she said.

“I don’t know when a stranger has last impacted me like that, if ever.”

It’s precious to see their blazing bond. We had a lovely visit this afternoon. The art therapist played a harp & brought me to nature, imagining loons & herons & butterflies on a lake. pic.twitter.com/EHG5uVgQB2

Others also said they think of Chaudhri every day. In some ways, she seemed like a friend, they said.

But her tweets were also surprisingly rare window into dying, and what it really feels like—or can feel like—to live out your last months.

“Dr. Chaudhri has invited the world in,” said Amy Knopf, a professor of nursing at Indiana University in Indianapolis.

“She has let us come and sit with her while she unflinchingly stared down her own mortality.

“I think most people appreciate her humor and her fighting spirit. I appreciate those, too. But what I see is someone who arrived at the edge—the edge of treatment, the edge of hope for recovery—and it’s at that moment people take many different paths.

“She chose to live out her best and her worst moments very publicly and in that I see a dogged determination that is really a wonder to behold.”

Emma Mugisha, a banker from Kampala, Uganda, said Chaudhri had helped her see “that life will eventually end and you can make the transition bravely.”

Facing up to death that way, she said, “is against my culture that inculcates fear of the inevitable,” but she decided that “we can change that fear.”

Mugisha said Chaudhri brought up painful memories of her own father and brother, who also died of cancer. She ended up wishing she had had “not put her head in the sand” and had spoken more openly to her brother, in particular, before his death, to not leave “things unsaid.”

Chaudhri is also to thank for some more prosaic moves, Mugisha said: her decision to go for her annual checkup “when I started reading her tweets,” and “listening to my body more.”

Chaudhri also used her newfound Twitter platform for bigger causes, one of which was explaining the early symptoms of ovarian cancer, reaching hundreds of thousands of people, if not millions, with that information.

Now that I have 100K followers, I want to talk about #OvarianCancer. Specifically my gritty story. The goal is awareness. I hope you find this narrative informative.

As Mugisha visited her doctor in Uganda, Bernard Doherty, a cycling enthusiast who lives in County Donegal, Ireland, found a similarly concrete action to do in Chaudhri’s honour over the last few months.

“One change I’ve made is to become a blood donor,” he wrote on Tuesday, about five days after Chaudhri stopped tweeting. “I donated again last night!”

It was no small thing for him. “I have a real hatred and phobia around needles,” he wrote. But “for someone with cancer, needles are an unfortunate reality, so an uncomfortable needle once in a while isn’t a major inconvenience.”

It was Chaudhri’s tweet about telling her son the news of her terminal diagnosis that he first saw, back in May, he said.

“That struck a chord with me.”

As Chaudhri’s online friends grew in number, she found new ways to draw them into her life. ONe of her biggest efforts was to fundraise for a scholarship for students in her field who come from minority backgrounds.

She posted videos of her trademark “shuffle,” a walk down the hall of McGill University Health Centre’s palliative care unit, often wearing bright clothes, and always smiling, despite the fact that it was clearly increasingly painful.

The Nadia Chaudhri Wingspan Award ultimately raised more than half a million dollars, inspiring 8,614 donors to raise $616,064 — an average of less than $100 each.

Chaudhri also frequently posted photos from her hospital-room window, or from earlier moments in life when she could be outside, especially on forest walks, frequently talking about how much she loved nature and greenery.

She posted photos of her husband, Moni Orife — whom she called her “Moon” online, in an affectionate play on words — and their son, Reza, her “Sun.”

As she was increasingly confined to her bed, her Twitter followers tweeted photos to her from their own lives, of landscapes from around the world.

5 days of quiet. Hoping you are resting, peacefully and without pain. Sending love and light to Sun and Moon. I just spotted this double rainbow and thought of you instantly. pic.twitter.com/B0iTvFaHZf

“The last month or so, and especially in the last week, I’ve noticed that it’s not just Dr. Chaudhri that compels me to check her page multiple times each day,” said Knopf this week.

“It’s the photos, paintings, quotes, stories, well wishes from all over the world,” she said. “So many people…all pouring out whatever the internet will allow.”

She said Chaudhri’s online followers owe her family “a debt of gratitude” for sharing her with strangers. For Knopf herself, it’s changed how “mindful” she is when spending time with her own small daughter, she said.

“I try really hard — harder than ever — to not take it for granted,” she wrote.

Chaudhri wrote that she loved scrolling through the photos, and she later turned some into paintings and tweeted the results.

On Sept.13, in one of the many times she thanked supporters, she wrote that their “immense generosity” had helped her to build her last legacies.

“Although this has been the most frightening time of my life it has been filled with brightness and love,” she wrote.

“Nadia was a force of nature,” said Concordia President Graham Carr in a statement.

“She was an incredibly talented researcher with a passion for teaching and student success matched only by her commitment to diversity, equity and inclusion.”

Funeral details have not yet been made public.

–With files from CTV’s Amy Luft.