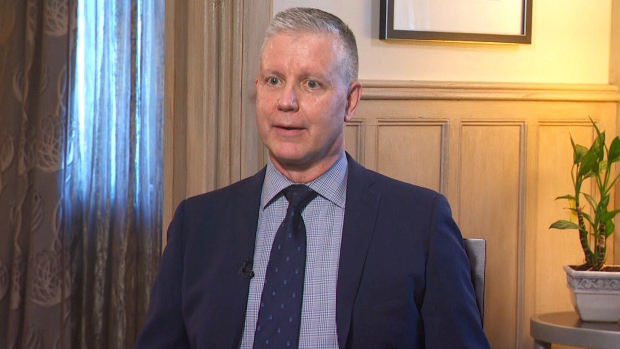 OTTAWA — Canada’s top military commander Admiral Art McDonald wants his job back, saying that he has “been exonerated,” and remains a “champion of culture change” within the Canadian Armed Forces.

McDonald is currently on leave as commander of the Canadian Armed Forces, but speaking to CTV National News’ Genevieve Beauchemin for the first time on camera about the misconduct allegation that sidelined his career, he makes his case for reinstatement.

“I have not done anything wrong,” McDonald said. “I’ve acted with integrity in response to allegations. I’ve been exonerated as a result of a rigorous and thorough investigation, and I’ve remained a real champion of culture change, I’m committed to it. And, I think that by advocating for my job what I am saying is simply that: Listen, we can’t have a system where allegations alone are sufficient for removing someone.”

The naval officer stepped down as chief of the defence staff in February, after a Canadian Forces National Investigation Service initiated investigation into an allegation of misconduct made against him.

In August, the nearly six-month investigation ended with military police determining there was not enough evidence to lay charges against him.

Now, he wants to take back command from acting defence chief Lt.-Gen. Wayne Eyre, despite the federal government putting him on administrative leave pending a decision about the position.

The exclusive television interview with McDonald will air tonight on CTV National news.