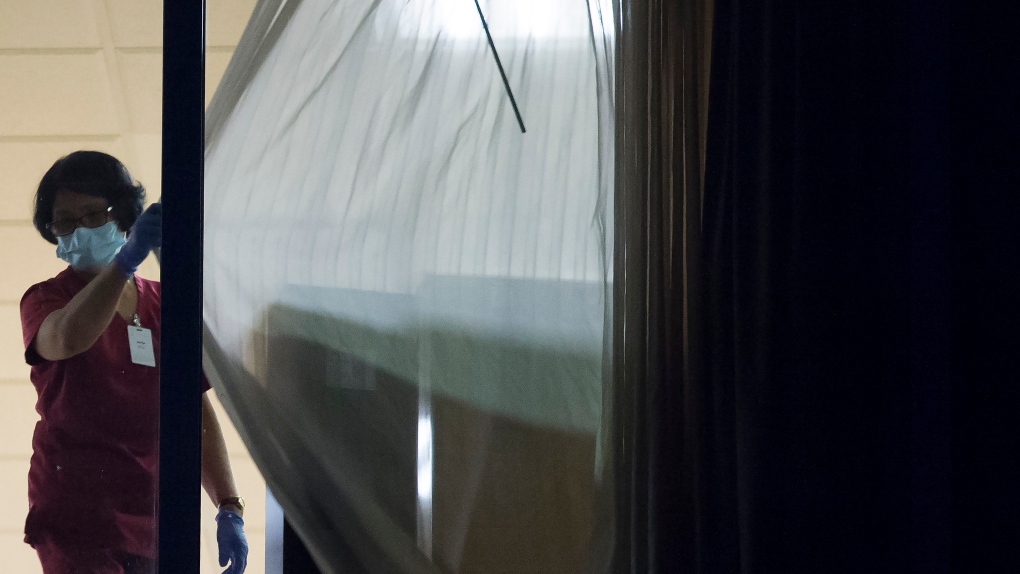 B.C.’s premier has acknowledged that his government’s “stopgap” policy of three days’ paid sick leave was not enough for workers trying to balance health and financial concerns during the pandemic.

John Horgan was questioned during a news conference Thursday about a just-published report from the province’s seniors advocate, which, among other findings, noted ties between COVID-19 outbreaks in long-term care facilities and the sick-day policies for their employees.

The NDP government introduced a temporary policy in the spring, following outbreaks at other workplaces, in an effort to prevent those who felt ill from coming into work to ensure they still got a paycheque.

At the time, this policy for workers who don’t already get paid sick leave from their employers was for three days. The thinking was this would allow enough time for someone with symptoms of the novel coronavirus to get tested and get their results before returning to the workplace.

The province is beginning to look at options for more permanent changes, with three days as one of the options. But is it enough?

Some would suggest not.

According to an internal poll, one in six of the 20,000 members of the Hospital Employees’ Union said they’d used up all of their paid leave during the pandemic.

Horgan was asked if three days was adequate, and said that his government was hopeful at the time that it was.

“It didn’t meet the test, quite frankly,” he said. But he added it was meant as a stopgap as the province conducted larger consultations before committing to a permanent plan.

But his opinion doesn’t mean that the longer-term solution will involve more days. He said it’s an ongoing dialogue that includes both workers and employers, and as it will have a cost, it requires further analysis.

“We’re going to try to find the best way to protect workers, to keep the economy going and to make sure that the costs of that are separated and spread around as best as they can be.”

The premier denied having a preference for how many days will eventually be decided on, but acknowledged it was a challenge highlighted by the seniors advocate Wednesday.

In her report, Isobel Mackenzie noted several findings of an examination into the first year of the pandemic in B.C.

During this period, the deaths of more than 800 residents of long-term care and assisted living facilities in the province were attributed to COVID-19, and data she and her office gathered suggests sick leave was a key factor in many of the fatal outbreaks recorded.

OVERVIEW OF THE REPORT

The disease took hold in the province in 2020, when relatively little was known about how it spread.

Over the following weeks and months, more was understood about COVID-19 and the novel coronavirus. It quickly became clear that outbreaks in health-care facilities were capable of claiming many lives.

Policies were developed and changed as information spread. Testing became more common, and vaccines were made available to the province’s most vulnerable first.

But for many, these updates came too late. And there’s still more to be done to prevent further deaths of COVID-19.

In her report, Mackenzie looked into the contributing factors behind outbreaks between March 2020 and February 2021.

Mackenzie’s office looked at more than 100,000 records when completing its investigation, and 365 outbreaks at 210 sites.

In the report, Mackenzie outlined seven recommendations she believes will help save lives.

FINDINGS IN THE REPORT

Among the findings, Mackenzie said her office noted about 75 per cent of outbreaks were contained to four or fewer cases.

Three-quarters of outbreaks resulted in no deaths at all.

Interestingly, she noted only 45 per cent of B.C.’s long-term care and assisted living facilities are located in B.C.’s Lower Mainland, but 84 per cent of outbreaks were in that region.

The office also found the vast majority of outbreaks were in the second wave of the pandemic – nearly nine in 10 – and that a visitor was believed to have been the first case in only one of hundreds of outbreaks during the first year.

Overall, she wrote, the majority of outbreaks in B.C. were contained, and no one died. She attributes this to the “herculean efforts” of devoted staff members, site operators, public health officials and others.

Still, more than 800 people did not survive that first year.

She noted the physical impact as well as the trauma of life in long-term care.

Among the issues that came up were problems with the understanding of how COVID-19 spread. Initially it was believed a person wasn’t contagious until they displayed symptoms.

In most outbreaks, the first case was recorded in a staff member. Why this was the case was a major topic in the report.

“We learned of the extraordinary stress and strain on the system,” Mackenzie wrote in her report.

“Every site experienced significant increases in overtime and those sites that experienced a large outbreak saw a 178% increase in their overtime in the past year.”

Workers who felt unwell still came to work, though their reasons were “often benevolent” and related to concerns about the overburdened health-care system. Many of these workers were worried about the impact their co-workers and residents.

But others cited financial reasons, and sites that provided fewer paid sick days were more likely to have larger outbreaks in the first year. Mackenzie said this was the number one issue, and her strongest recommendation.

There were also issues with communication and learning new protocols.

Some noted “conflicting direction” from health authority staff, which was often an issue in places where multiple people were involved in managing the outbreak. Many were not accustomed to “this level of PPE vigilance” brought on by the pandemic.

Others who spoke to Mackenzie’s office suggested notification and contact tracing, once someone tested positive, wasn’t timely enough.

According to the report, several operators said the process would have been improved by giving them the opportunity to be involved, and by more widespread and frequent testing.

Also related to contact tracing: initially many workers were employed at multiple sites. This also provided further potential for transmission among care homes, as employees went back and forth between their workplaces.

Partway into the pandemic, the province imposed a single-site order to prevent these issues.

The advocate listed seven recommendations that arose from her investigation:

The report and associated recommendations have been sent to the provincial health ministry, which will determine which, if any, are put in place.

During the question-and-answer period that followed Mackenzie’s presentation of her report at a news conference, she said repeatedly that increased paid sick leave is among the most impactful changes the province could make, as well as an end to the contracting out of care staff.

In a statement, B.C.’s largest health-care union seemed to agree.

The Hospital Employees’ Union called for the restoration of common standards across long-term care and assisted living.

The union said inconsistency in sick-leave policies within the current system, which includes for-profit care – something Mackenzie called a legitimate but separate conversation – was among the top issues identified by its members as well.

About 17 per cent of union members polled internally said they’d used up their paid sick leave.

The union is calling for the restoration of common wages, benefits and working conditions in long-term care in B.C.

Mackenzie noted the vast array of challenges of the pandemic in her report, including the heartache felt by those who lost loved ones.

“However, we also witnessed the tenacity, commitment, and opportunity to use what we have learned… It is clear that British Columbians care deeply about the health and well-being of its oldest citizens. This more than anything gives hope for a better tomorrow.”

For now, she said families of those in long-term care should adapt an approach of “constant vigilance,” and speak out if they have any safety concerns.

She said sites are much safer now than they were at the beginning of the pandemic, as more is known about COVID-19 and as staff, residents and visitors get immunized against the disease.