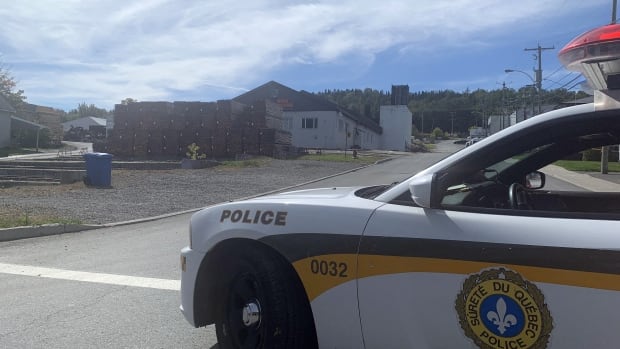 Three men in their 50s have died following an explosion Monday at a wood-manufacturing plant in Beauceville, Que., police said Tuesday.

Eight people were originally injured in the incident.

Six suffered injuries so serious that they had to be intubated and transferred to the trauma unit at the Enfant-Jésus Hospital in Quebec City, about 80 kilometres away, for more specialized care.

Three of those patients died on Tuesday and three others remain in critical condition, the provincial police force said.

Cause still being determined

“The investigation is continuing to determine the exact causes and circumstances of this fire,” said the statement from the Sûreté du Québec (SQ).

Investigators with Quebec’s workplace health and safety board (CNESST) were on the scene Tuesday alongside the SQ to examine the evidence.

Police and firefighters were called to the site at 134th Street around 7:30 a.m. Monday.

About 15 residences and three businesses in the area were evacuated as a precaution.

The plant, Séchoirs de Beauce, specializes in the drying and processing of “jointed and laminated wood into door and window components,” according to its website.

Workers were trying to put out a fire that broke out in one of the plant buildings when an explosion occurred.

The victims were six employees from Séchoirs de Beauce and two workers from Sylvain Nadeau Toitures who were carrying out repairs to a roof.

Sylvain Nadeau Toitures said on its Facebook page that the cause of the incident is unknown.

“Our best thoughts, wishes, prayers are with our employees at this time!” the post says. “We think of you, boys! Please be strong!”

“Let us all have a thought for all the people who are directly and indirectly affected by this fire,” he said.