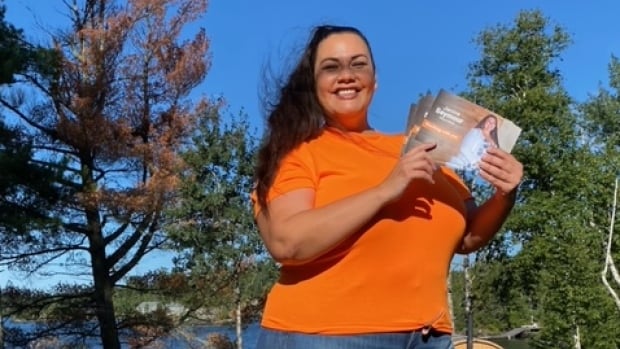 The NDP candidate for Kenora, Ont., says she experienced a number of disturbing incidents during the last federal campaign, and is now calling for safe spaces for women running for office.

“I really wanted to be respectful and mindful that people were coming out into community settings for the first time,” said Janine Seymour, a lawyer who lost her MP bid to Conservative incumbent Eric Melillo in the Sept. 20 vote.

“There was a lot of anxiety, and I did talk to the other candidates early on because I received a lot and I wanted to check in with their experience,” she said. “And they also said it was a very violent election.”

Seymour said one of the more notable incidents she experienced was when she was groped while canvassing at a public event.

“This was by somebody engaging in conversation with myself, and rubbed himself and touched me,” she said.

Seymour also described being “spooked” by a conversation she had with a resident about gun control while she was campaigning with her children. In addition, she said, some of her campaign signs were vandalized.

Seymour said she decided not to involve the police in any of the incidents, a decision that, based on her experience as an Indigenous person and a lawyer, she doesn’t regret.

The Kenora NDP candidate in the last federal election says we need to talk about the threatening and sexually inappropriate treatment of women who run for office. Hear from Janine Seymour about what she experienced. 9:03

“You need to acknowledge that that’s not the first instinct for people, and that was not my first instinct at all, because of … having experiences where you’ve turned to police, authorities, and it hasn’t gone in the way that you had hoped,” she said. “You were almost retraumatized, and I’ve had that personally here in this town, too.

“It took the people I was canvassing with to call that out because as a native woman, you are subjected to these things where again, it’s not OK, but it’s almost normalized or accepted, which is not at all where we should be headed to.”

“It is so important that this other perspective, these other voices, other narrative gets heard,” she said. “We’ve had a long history, 150-year history, here of the same narrative, and it’s been through one lens.”

Anne Antenucci, co-chair of Women in Politics — a Thunder Bay-based organization that encourages and trains women who are interested in running for office — said Seymour’s experiences are indicative of what other women running in the 2021 election encountered.

“It was a great thing to see so many women, and a record number of women, putting their name forward, especially in this region,” Antenucci said. “The flip side of that, however, is those same women and those same people of colour, they received an enormous amount of abuse, both in person and online.”

Antenucci said her organization heard from campaign workers who were insulted, or had objects thrown at them, while campaigning door to door. A woman in the Thunder Bay area was reportedly pushed off a doorstep.

“One woman had dogs set on her,” Antenucci said. “She was a Black woman.”

Others received abusive messages through social media, she said.

And while social media abuse, particularly towards women, has long been a problem, Antenucci said the 2021 election was different.

“This campaign in particular, it seems to have left the computer screen and moved into the general public, and that’s where it gets scary,” she said. “And as women, sometimes you have to be careful, because you don’t want to be labelled as that girl who complains all the time.

‘They need to call it out’

Antenucci said there’s no easy answer, but people calling out abuse when they see it is an important step.

“If men see another man doing it, they need to call it out,” she said.

“I can’t think of any other way to do it. I’m hopeful that perhaps the next generation will be different, but other than that, there isn’t really a way that I can can see that this is going to stop.”

Antenucci said she’s fearful that something tragic will end up happening.

Antenucci said Women in Politics expects a record number of women to run in the next municipal election, and the organization will be hosting a number of fireside chats about social media leading up to the race.

One of those chats, she said, will focus on social media.

“How to conduct yourself, what to do, how to handle things such as this, the best way that you can,” Antenucci said. “We need the electorate to look like a constituents. It’s the only way things are going to change.”