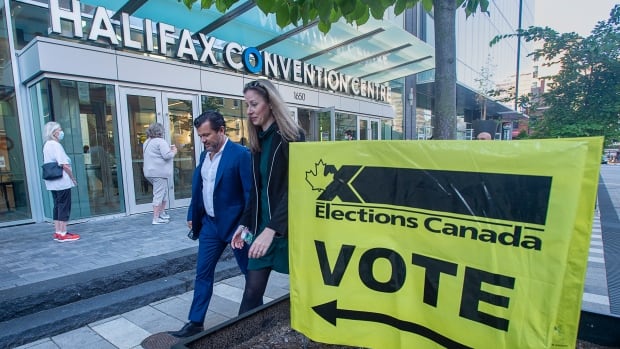 Polls have closed in Atlantic Canada and results from the region’s 26 seats are starting to trickle in from Elections Canada. Voting continues in other areas of the country as Canadians head to the polls for this unprecedented pandemic election.

The region has been a Liberal stronghold for the last two election cycles — the party swept every seat there in 2015 and dropped only five in 2019.

Early results from Newfoundland and Labrador and the Maritimes could signal how Liberal Leader Justin Trudeau and his team will fare elsewhere tonight. With fewer than 25,000 ballots counted so far, the Liberals have 47 per cent of the ballots cast and the Conservatives have about 38 per cent.

Conservative Leader Erin O’Toole, who has appointed a number of Maritimers to senior roles in the party, is looking to do better than his recent predecessors in this region.

Former prime minister Stephen Harper was shut out of Atlantic Canada in 2015 while his successor, Andrew Scheer, picked up only four seats in the 2019 contest — three in New Brunswick and one in Nova Scotia. Polls conducted before election day suggest the NDP is trailing the other main parties in this part of the country.