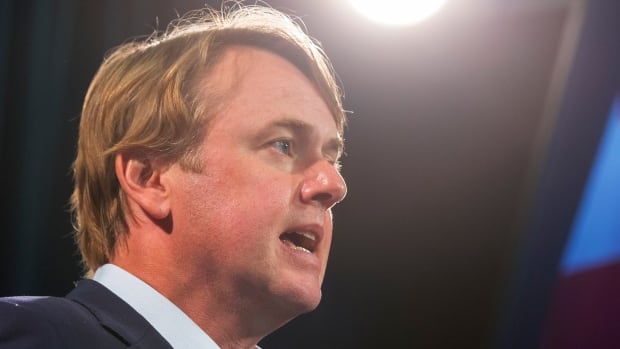 As Alberta struggles with a devastating fourth wave of the COVID-19 pandemic and Premier Jason Kenney faces turmoil within his own caucus, sources have confirmed to CBC News that embattled health minister Tyler Shandro will be shuffled out of his portfolio.

Jason Copping, the current minister of labour and immigration, will take his place, sources say.

The announcements come as the COVID-19 pandemic wreaks havoc on the province’s health-care system, bringing it to the brink of collapse.

It also comes on the same day Alberta’s minister of municipal affairs, Ric McIver, issued a letter to the federal government asking for help dealing with the crush of patients.

As part of Alberta’s ongoing efforts to boost health care capacity during the public health emergency, we have formally asked the federal government to assist us with patient transfers and critical care staff.<br><br>Read my letter to <a href=”https://twitter.com/BillBlair?ref_src=twsrc%5Etfw”>@BillBlair</a>: ⬇️ <a href=”https://t.co/DZGrqYW7Pp”>pic.twitter.com/DZGrqYW7Pp</a>

There were 20,614 active cases of COVID-19 in Alberta as of Monday — more than twice as many as any other province or territory and the first time the numbers have surpassed 20,000 in the province since mid-May.

Monday’s update listed 954 people being treated in hospital, 216 of whom were in intensive care beds. An update on the situation will be provided after the cabinet shuffle is announced.