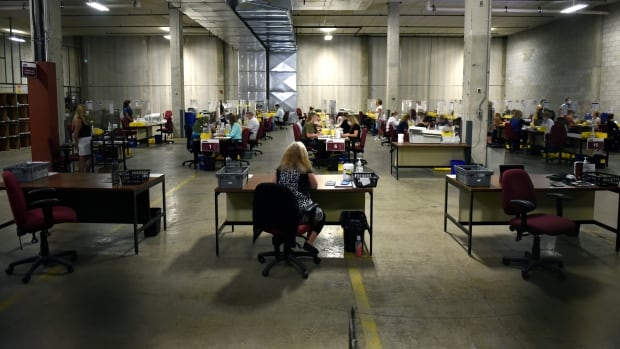 Vote counting continues today in seven ridings across the country with narrow margins between the leading candidates — in some cases as narrow as 100 votes or less.

Elections Canada says it will be a few days before the country can get a complete picture of the 2021 federal election’s voter turnout and final results.

The agency says it needs a few more days to complete the results because it’s still counting local special ballots — mostly mail-in ballots from voters in their home ridings.

A spokesperson for Elections Canada told CBC News in an email that they have not received any recount requests at this time.

Today, Elections Canada finished counting votes in the New Brunswick riding of Fredericton. Jenica Atwin, who won in that riding as a Green in 2019 before crossing the floor to the Liberals, defeated Conservative candidate Andrea Johnson with 16,316 votes.

Ridings yet to be decided: