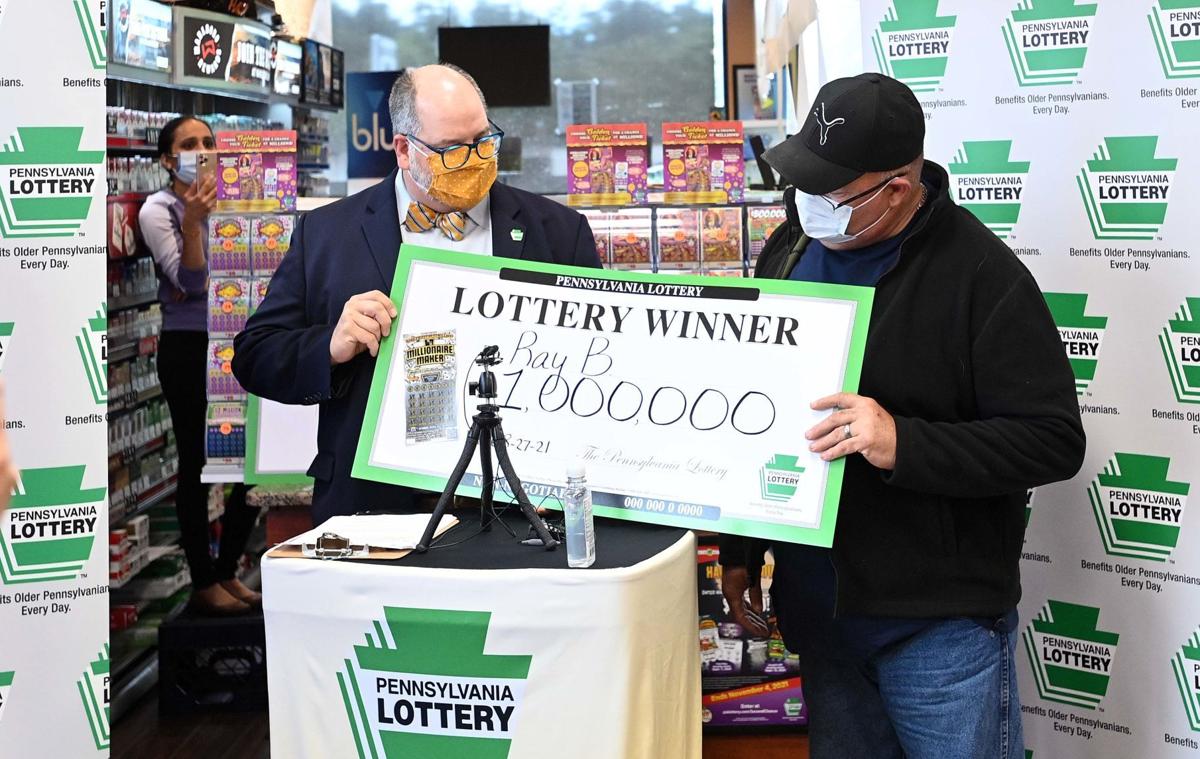 Ray Boose Jr., of Newville, right, is presented a check in the amount of $1 million Thursday morning, at the Ugo convenience store in Mount Holly Springs. Presenting the check is Drew Svitko, Pennsylvania Lottery executive director. Boose purchased the ticket on Aug. 27 and intends to purchase a new home with the money. 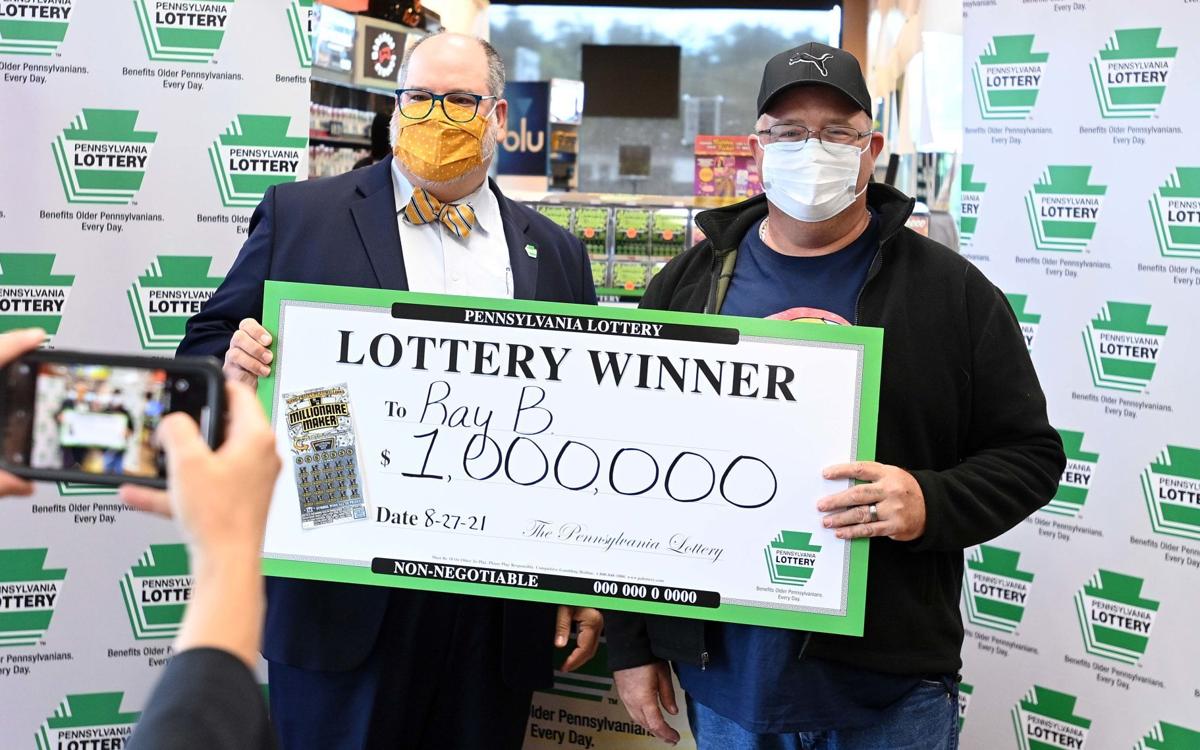 Ray Boose Jr., of Newville, right, is presented a check for $1 million Thursday morning at the Ugo convenience store in Mount Holly Springs, where he bought the scratch-off ticket. Presenting him with the check is Drew Svitko, Pennsylvania Lottery executive director.

A day after a scratch-off revealed a million-dollar win, Ray Boose Jr. looked at a new home.

“I won on a Friday and went to see a house that Saturday. It’s under contract,” he said.

The Newville man on Thursday was presented with a commemorative check for the $1 million Millionaire Maker scratch-off ticket he purchased on Aug. 27 from Ugo on North Baltimore Avenue in Mount Holly Springs.

Your membership makes our reporting possible.

“The day I won $1 million, my wife asked me to go to Ugo, and I had a few other tickets I wanted to cash,” he said. “I was sitting out in the parking lot scratching it and was like, ‘Oh my goodness.’ I was speechless. I called my wife. It just didn’t seem real.”

Boose says he enjoys getting the scratch-off tickets, and he previously won another big prize — $100,000 from a Mining for Millions ticket earlier this year.

The father of two and grandfather of five plans on moving into the new home, which will put him closer to where he works at a plumbing warehouse.

Ugo will receive a $5,000 bonus for selling the winning scratch-off.