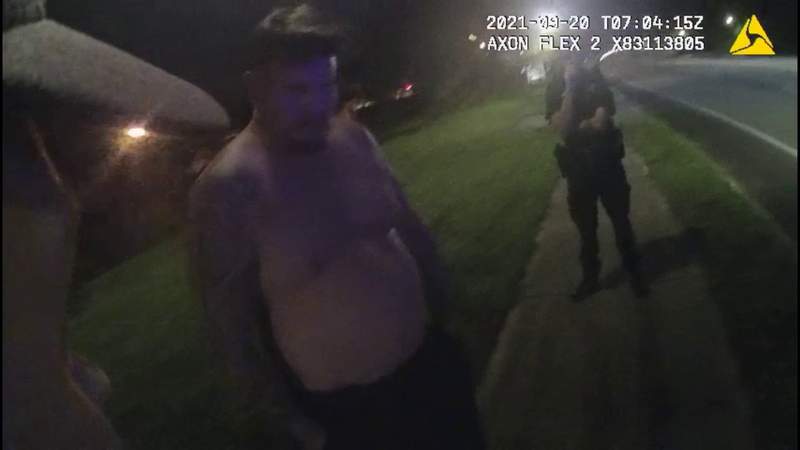 VOLUSIA COUNTY, Fla. – A Belle Isle police officer handed in his resignation following his arrest in Volusia County on a charge of driving while under the influence.

Ivar Ruiz was arrested Monday morning in DeBary after he was pulled over in the 100 block of South Charles R. Beall Boulevard.

Investigators said they observed a blue Chevrolet pickup driving with its turn signal on for nearly a mile as it drifted between lanes. Deputies also clocked the truck going 55 mph in an area with a posted speed limit of 40 mph, according to the arrest report.

Deputies pulled the truck over and made contact with Ruiz, who was driving, records show. Ruiz smelled of alcohol and his speech was slow and slurred, according to the report.

Ruiz was asked whether he had been drinking and he responded, “I was earlier,” records show. Investigators asked Ruiz if he would submit to a field sobriety test and he agreed, however, prior to getting out of the truck, the man told deputies that he was not wearing pants and asked if he could put some on before exiting the vehicle.

After putting on his pants, Ruiz was asked to follow a flashlight with only his eyes while keeping his feet together and his arms at his side, according to the report. Investigators said the man was swaying throughout the exercise and had to be reminded several times to keep his feet together.

Before beginning the next test, Ruiz stated he no longer wanted to continue, records show, and was arrested.

In addition to the driving under the influence charge, Ruiz was hit with a charge of refusal to submit to testing, open container and speeding.

Ruiz was hired as a patrol officer in Belle Isle in June 2017. According to the department, Ruiz resigned Monday and the resignation was accepted.

“I am very disappointed to learn of this arrest,” Belle Isle Police Chief Laura Houston said in a statement. “As law enforcement officers, we are held to the highest standards of conduct whether on duty or off duty.”

Following the criminal investigation involving Ruiz, Belle Isle police said the department will conduct an internal investigation, the results of which will be made public when complete.