Police were called to the Westwood Shopping Center parking lot after someone noticed a car with two people inside slumped over, unconscious. Also in the car was a 1-year-old boy.

Officer Michael Sheeley scooped up the child and held him until his grandparent arrived. A photo posted by the police department generated hundreds of thousands of likes, comments and shares.

“This is something that we see routinely, and it’s sad,” said Fayetteville Police Sgt. Jeremy Glass.

The boy’s parents Joshua Wright, 28, and Alicia Kowszik, 26, from Fayetteville were arrested and charged with possession of heroin and contributing to the delinquency of a minor. 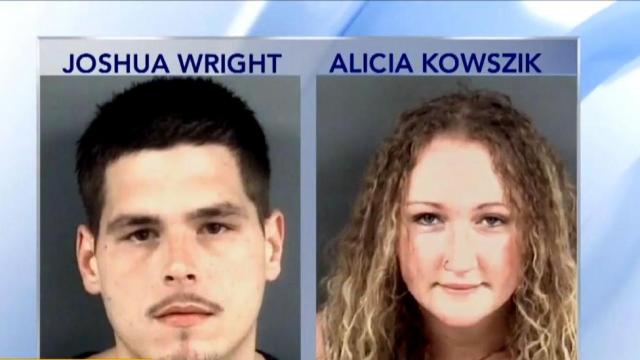 Security video shows the car arrived at 10:50 the night before and had stayed there until a passerby called 911 more than eight hours later.

Glass said children are too often the innocent victims of drug abuse.

“We’ve had children running down the street in diapers, their parents or caregivers have overdosed,” he said.

Police say if you or a loved one needs help fighting substance abuse, reach out to the National Substance Abuse and Mental Health Services hotline at 1-800-662-4357.