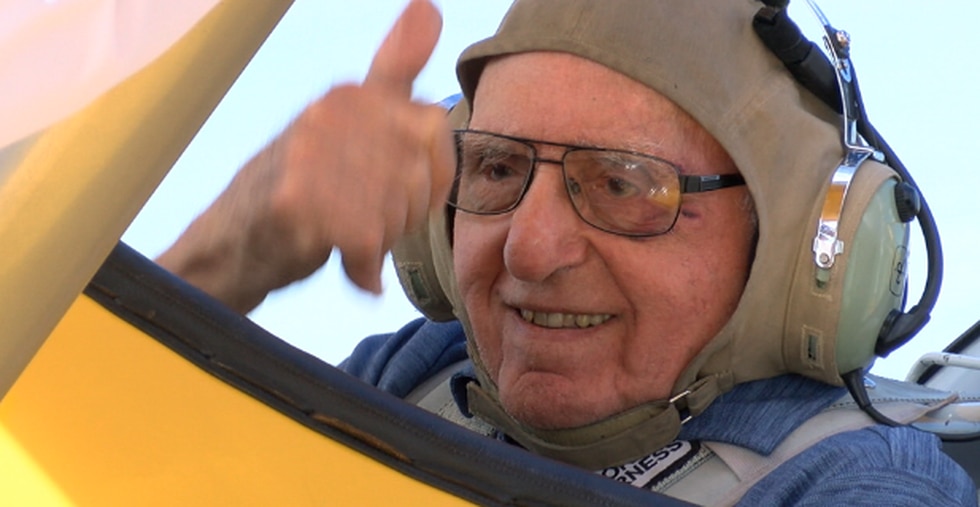 SARASOTA, Fla. (WWSB) – A group of local World War II veterans were treated for a trip of a lifetime on Wednesday. They flew in a WWII-era biplane throughout the Suncoast.

First up, it was Peter Tominelli, also known as “Chip.”

Next month, he’ll be celebrating his 100th birthday. When ABC7 asked him what is the secret to be 100, he answered, “I wish I knew!”

The U.S. Army Veteran served at the Island of Espiritu Santo in the Gulf of California, and now he’s taking flight in a war plane once again.

Just like him, his buddies Joe and Melvin had their turns. All three live at Cypress Hills in Lakewood Ranch

“I’ve never been in a biplane,” said Joe Abrams.

However, before takeoff, there was a surprise. A Southwest Airline flight that was scheduled to go first, but the pilot of that plane let them pass as a way of thanking them for their service.

“We’re here to say thank you in a unique way,” said Darryl Fisher, Founder and pilot of Dream Flights.

In the meantime, this flight was part of ‘Operation September Freedom.’

“This is the last mission to honor WWII veterans nationally that will happen,” he said.

As for Chip, this is a birthday to remember.

“I’m excited, I never thought I will get this far in life,” he said.