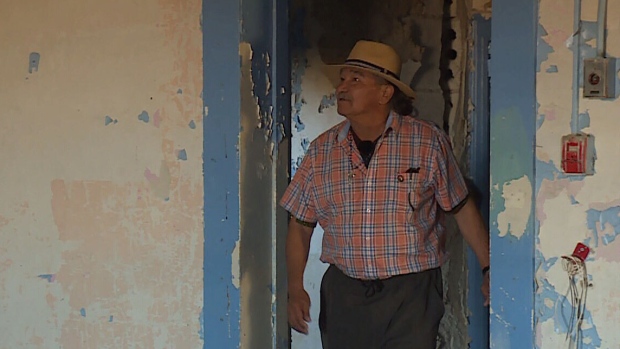 MUSKOWEKWAN FIRST NATION — As residential school survivors seek to heal from trauma that has stretched across generations, some see no path forward without a formal apology from the Pope on Canadian soil.

Such an apology is one of the 94 calls to action the Truth and Reconciliation Commission put forth back in 2015.

“We have asked that he comes to our sacred land and issue that apology and acknowledge the damage and the hurt and the harm that the Catholic church has done to our survivors and intergenerational trauma survivors,” said Assembly of First Nations National Chief RoseAnne Archibald.

One such survivor is Roland Desjarlais, who in the 1950s spent nine years at the Muskowekwan Indian Residential School in Saskatchewan, a stone’s throw away from his actual home.

“I was born and raised over there about a hundred yards,” he told CTV National News while at the site of the former residential school. “I was about seven years old looking at my mother and I could not go see her.”

In the dorms where children slept, silent tears would flow, Desjarlais said. The trauma of being at the school was too much for some — wetting the bed was common — only leading to further humiliation.

Stories like these haunt residential school survivors across the country who are still in search of healing.

Last week, Canada’s Catholic bishops offered an olive branch to Indigenous communities with a joint apology, followed by a pledge this week of $30 million within five years to go toward healing and reconciliation initiatives across the country.

Although some Indigenous leaders, Archibald among them, are skeptical of the church after unfulfilled financial promises in the past.

As for a papal apology, the Canadian Conference of Catholic Bishops (CCCB) announced in June that a delegation of Indigenous leaders would visit the Vatican in December to address the issue.

“We are hoping that and we’re exploring the possibility of an apology after listening to the survivors that Pope Francis would respond in the appropriate way,” William McGrattan, co-treasurer of the CCCB, told CTV National News.

But Archibald refuses to visit the Vatican, as the Pope has been asked to come to Canada instead.

“I will not travel halfway around the world to maybe get an apology,” Archibald said. “That doesn’t make any sense.”

Apology or no apology, survivors like Desjarlais are still faced with the trauma of residential schools.

Desjarlais has tried to put it behind him by focusing on forgiveness and the future.

“Try to walk away from anger and look forward,” he said. “I’ve learnt to accept what was and move on with my own life.”