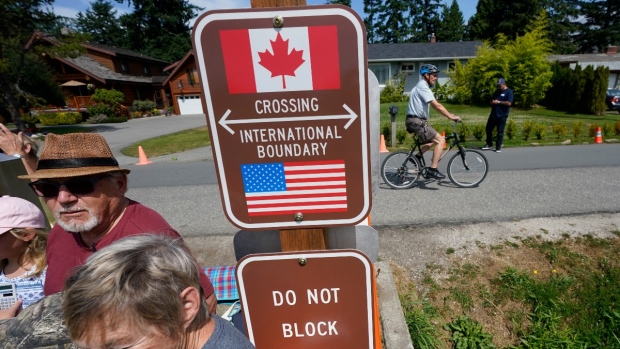 WASHINGTON — By early November, most adult foreign nationals will have to be fully vaccinated against COVID-19 in order to travel to the United States, the White House announced Monday.

The news is the first clear indication from the Biden administration that it is preparing to ease travel restrictions first imposed in March 2020, at the outset of the pandemic. Details, however, remain in short supply.

It is not clear, for instance, how the new policy will specifically impact travel at the Canada-U.S. land border, where non-essential visitors remain prohibited from crossing.

That specific prohibition is being extended another 30 days until Oct. 21, a White House official said.

The other burning question is whether Canadians who received the Oxford-AstraZeneca vaccine, which has never been approved for use in the U.S., will meet the eligibility test.

“It is welcome news that the White House is making progress on reciprocating international public health measures to protect air travellers,” Higgins said in a statement.

“Yet it is inexplicable that no announcement on easing travel restrictions at land ports of entry is being made today since the livelihoods of communities across the northern border depend on cross-border commerce.”

The White House says the forthcoming new rules will apply to air travel and require passengers to show proof of vaccination before boarding, as well as a negative COVID-19 test no more than three days old.

In that respect, they are similar to the rules Canada began imposing over the summer — initially on returning Canadians, then on U.S. citizens and permanent residents, then finally on all foreign nationals.

More stringent testing and quarantine requirements will also be put in place for unvaccinated travellers when the new rules take effect in November.

This report by The Canadian Press was first published Sept. 20, 2021