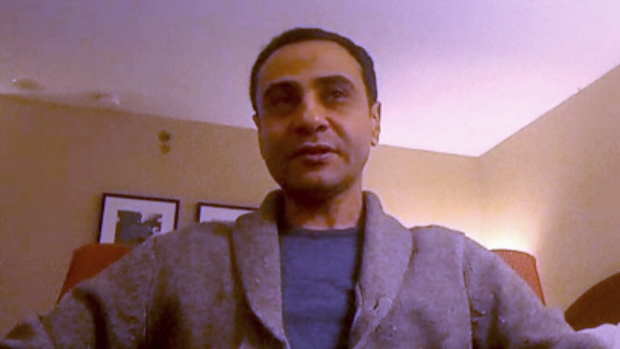 After spending a third of his life in Egyptian prison on spying charges he denied, Joseph Attar returned to Canada on Friday morning.

“I’m back, I’m back to life,” Attar told CTV News via Skype from Toronto. “For the first time after 15 years, I can take a hot shower alone by myself. No more cold water on my body. I can eat a proper meal, a hot meal. I can have my whole bed to sleep on.”

Attar, 45, holds Canadian and Egyptian citizenships and worked as a bank teller in Toronto in Jan. 2007 when he was arrested upon arrival in Cairo for what he said was a trip to see family.

Accused of spying for Israel, Attar was sentenced to 15 years in prison by an Egyptian court​ that April.

“My verdict was handed already before I got to the court session,” Attar said.

Attar pled not guilty and has long maintained his innocence. During the trial, an alleged confession was published by Egyptian newspapers and used as evidence against him, which Attar and his lawyer asserted was made through torture.

When journalists were allowed to briefly approach the metal cage he occupied in court, Attar said he was electrocuted and forced to drink his own urine during four weeks of solitary confinement.

“I am innocent,” Attar told reporters during a rare exchange in March 2007. “I haven’t done anything wrong at all. And I’ve never ever cheated on Canada.”

Previously known as Mohammed el-Attar, he was accused of being paid to collect information on Egyptians and Arabs in Turkey and Canada for Israel, which has also denied such claims.

During Attar’s trial, his lawyer reproached prosecutors for “fixating” on his client’s “homosexual behaviour.” Attar is a convert from Islam to Christianity, which was also a point of issue for the prosecution.

In a Friday tweet, Minister of Foreign Affairs Melanie Jolie said, “Canada has been there to support Mr. Attar and repeatedly raise his case at the highest levels.”

I am glad to see that Mr. Attar is back in Canada. Throughout this difficult process, Canada has been there to support Mr. Attar and repeatedly raise his case at the highest levels.

Thank you to the dedicated public servants for their hard work in this effort.

“Mr. Stephen Harper and his government… totally dumped me and left me in the bush,” Attar said Friday.

Having been tortured in Egypt himself, Majed El Shafie of Toronto has been advocating for Attar’s release since 2017. Today he and Attar met face-to-face for the first time.

Joseph Attar is home! Wrongfully convicted after being tortured into a confession, he’s back safely in Canada after 15 years. @MajedElShafie welcomed him earlier this morning at Pearson Airport. We will fight with him for justice, but today we are relieved he is home safe. pic.twitter.com/SfGCZsoa61

Unfortunately, Attar has little to return to in Canada, as his parents and only family here died while he was in prison. He says he wants to forgive those who mistreated and abused him as he recovers from the trauma and restarts his life. ​