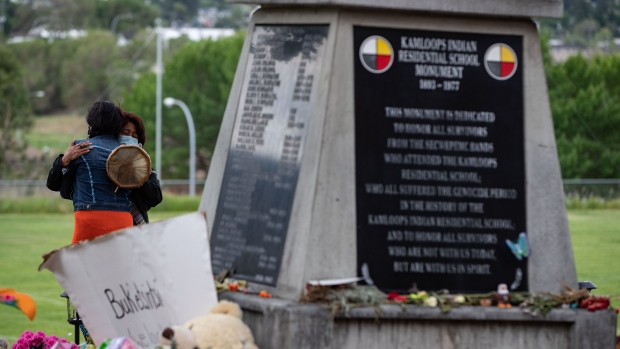 TORONTO — A prominent Canadian arm of the Catholic Church has apologized for the first time for the horrors that occurred in residential schools it ran for the federal government for more than a century.

The Canadian Conference of Catholic Bishops (CCCB) issued a statement Friday acknowledging what it described as “grave abuses that were committed by some members of our Catholic community” at the schools, as well as the residential school system’s “suppression of Indigenous languages, culture and spirituality.”

“Along with those Catholic entities which were directly involved in the operation of the schools and which have already offered their own heartfelt apologies, we, the Catholic Bishops of Canada, express our profound remorse and apologize unequivocally,” the statement reads.

In addition, the bishops referenced a previously announced upcoming meeting between Pope Francis, residential school survivors and other Indigenous knowledge keepers in December. The bishops said that this meeting would be aimed at determining how the Pope “can support our common desire to renew relationships and walk together along the path of hope in the coming years.”

There were 139 residential schools in the federally funded program, which operatedin Canada between the late 19th century and 1996. Many of them were run by the Catholic Church.

Thousands of the 150,000 First Nations, Metis and Inuit children who attended these schools diedwith some estimates placing the number of deaths as high as 15,000. Hundreds of unmarked graves were found at the sites of several former residential schools earlier this year; in some cases the number of children buried at the sites is believed to be several times higher than any official death toll.

While individual priests and bishops have apologized for the church’s role in running the schools, there had never been an official apology from the Canadian Catholic hierarchy until Friday. The Vatican has also never apologized, despite calls to do so.

The Catholic Church has also been criticized, including by Prime Minister Justin Trudeau, for failing to provide full access to records related to residential schools. The bishops said in their statement that they will “continue the work of providing documentation or records that will assist in the memoralization of those buried in unmarked graves.”

The CCCB said that in addition to existing initiatives to promote healing and reconciliation, it will launch new fundraising initiatives in every region of the country “to support initiatives discerned locally with Indigenous partners.”

The bishops also pledged to enter “a new era of reconciliation” by inviting residential school survivors and other Indigenous people to share their stories with Canadian Catholics.

The National Day for Truth and Reconciliation will be marked for the first time on Sept. 30.