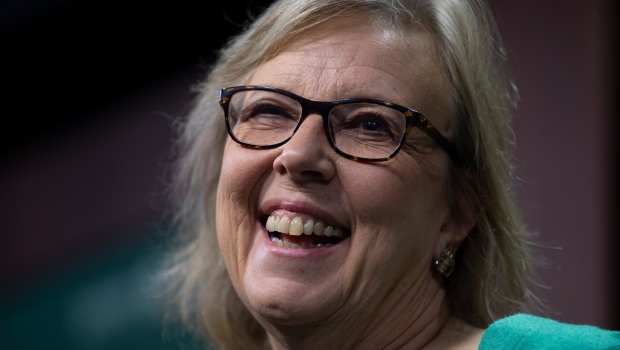 OTTAWA — Elizabeth May could return to the Greens as interim leader to stabilize the embattled party.

The former leader of the Greens, who is one of two Green MPs in the House of Commons, is expected to be considered by the party’s governing body as a caretaker until a full-time leader is elected.

May has previously said she would not return as leader, but she has not ruled out returning as a caretaker until a permanent leader can be found.

Annamie Paul announced her intention to resign as party leader on Monday after a disastrous showing at the polls.

She will step down formally within “the coming weeks,” the Green party confirmed, and its ruling federal council will then appoint a caretaker leader.

A leadership race kicks off six months after an interim leader is selected.

An expert says May would be the “obvious option” to take the helm during the party’s “existential” crisis.

Mark Winfield, who researches the Greens at York University, said May has the “moral authority” to keep the party, which has been beset by internal strife, afloat.

Jo-Ann Roberts, a former broadcast journalist who served as interim leader after May stood down, is another figure the ruling council is expected to consider as a caretaker.

Mike Morrice, who was elected in Kitchener Centre, has ruled himself out of the leadership race to concentrate on representing his constituents.

This report by The Canadian Press was first published Sept. 28, 2021.