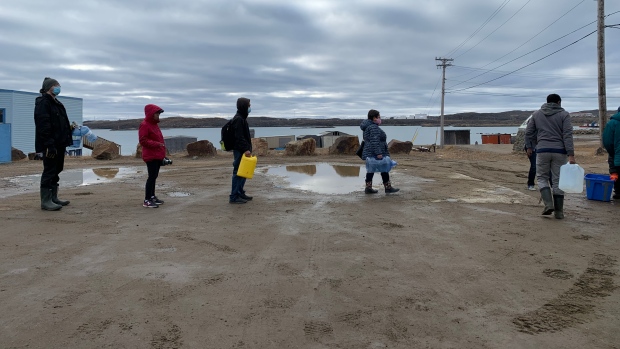 Following the discovery of trace amounts of fuel in the city’s drinking water, the city’s mayor says a new treatment facility is needed.

“Ultimately we need a new source of water and we need a new treatment centre,” Mayor Kenny Bell told Joyce Napier on CTV’s Power Play Friday. “We’ve known that for about six years now,” he said.

Iqaluit residents spent nearly two months under an order to not consumer the city’s drinking water last year after fuel was found.

The city hasn’t put an order in place this time, at least not yet, but has opened the distribution valves to flush the water.

“Everything is still safe,” he told Power Play.

He said the city believes there isn’t any more fuel entering the system.

Kenny Bell discusses the city’s drinking water in the video at the top of this article.