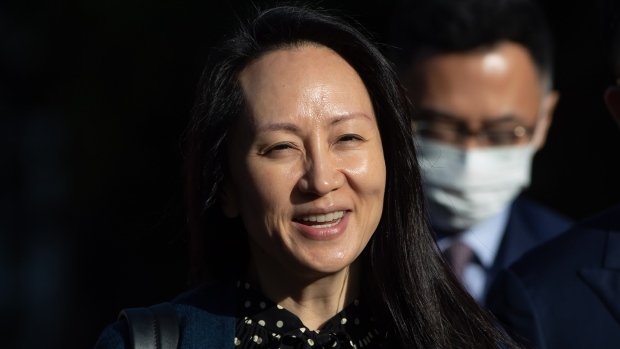 OTTAWA — U.S. Justice Department officials and Huawei executive Meng Wanzhou have reached a deal to resolve the criminal charges against her, and if agreed to by the court it will allow the woman who has been at the centre of a years-long major geopolitical case to enter into a deferred prosecution agreement and be released, under certain terms.

Meng, appearing virtually in a New York courtroom as part of the proceedings, has pled “not guilty” and the U.S. DOJ says should the DPA be approved by the court, it will “promptly” be notifying the Canadian government that it is withdrawing its extradition request.

The “resolution of the charges” is currently underway, sparking what is set to be the beginning of the end to a nearly three-year legal and diplomatic saga.

A second court appearance at the B.C. Supreme Court is expected to occur at 2 p.m. PST, where the extradition proceedings against Meng are expected to be halted, likely resulting in the Chinese telecom giant CFO being able to leave Canada.

Meng has been under house arrest in Vancouver since she was first taken into custody at Vancouver International Airport in December 2018 on a U.S. warrant related to the company’s business dealings in Iran.

Meng, who is the daughter of Huawei founder Ren Zhengfei, has claimed her innocence throughout the process, and has been fighting the extradition through Canadian courts.

Huawei Canada and Justice Minister and Attorney General David Lametti’s office have declined to comment at this time.