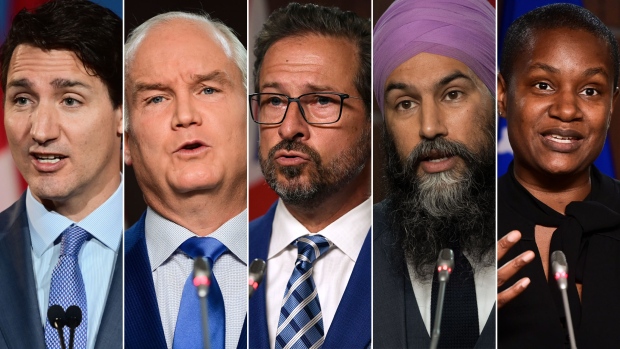 OTTAWA — Candidates are making their final appeals to voters today ahead of tomorrow’s federal election.

The three main party leaders have packed schedules as they try to reach as much of the electorate as possible.

Liberal Leader Justin Trudeau has a series of virtual and in-person events planned in at least six provinces, though details are slim in his official itinerary.

Conservative Leader Erin O’Toole will start the day meeting with supporters in Markham, Ont., and will close it off at an event in Toronto.

Jagmeet Singh has a whopping seven scheduled campaign stops in British Columbia, the province he adopted as his home after taking the helm of the federal New Democrats.