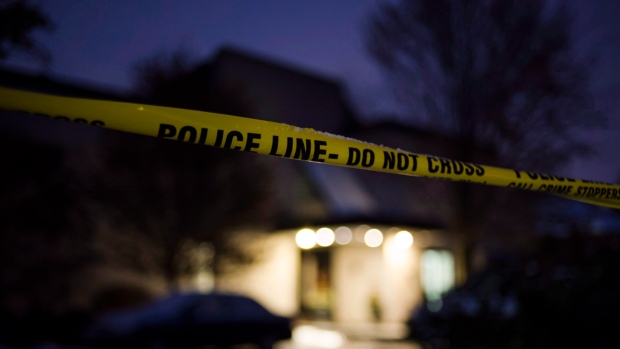 A cache of unsealed documents related to the murder of Barry and Honey Sherman is revealing new details about the investigation into the deaths of the Toronto billionaire couple, including an interview with one relative who believes “someone was making a statement” in their killings.

The documents (known as ITOs or information to obtain submissions), although heavily redacted, shed new light on the lengths investigators have taken over the last four years to catch the person or persons responsible.

That includes Toronto police going through the phone data of hundreds of people who were connected to the couple at the time, in an effort to geographically link them to a suspect identified by investigators last month who was seen on surveillance video.

The video, released on Dec. 14, shows an unknown person near the Shermans’ multi-million dollar North York property during the same timeframe in which their murders took place in December of 2017.

Homicide Det. Sgt. Brandon Price said at the time that investigators had combed through hours of security footage in connection with the murders but that the individual in the surveillance video was the only person they are unable to identify.

Since then, police tell CTV News Toronto that they have received “hundreds” of tips related to the video. Police also say that their investigation has now moved on to a “new phase” after their efforts to nab a suspect based on phone mobility were exhausted.

Also included in the documents are images of the Shermans’ vehicles, both parked in the driveway and garage of their home at the time of their murders.

As well, the ITOs reveal information that was submitted to police by the people closest to the Shermans, including details about their medical history, observations about the state of their relationship, and both personal and business-related finances.

The ITOs show that in her second interview with police, Honey Sherman’s sister, Mary Shechtman, suggested the person responsible for the murders was “making a statement” and that she believed the motive for the killings may have been motivated by religion.

“The Shermans were strong supporters of Israel and Honey was very vocal about being Jewish,” Shechtman said. “There were a lot of people of a certain ethnicity going through the house at a certain time and Honey would use phrases that were not politically correct.”