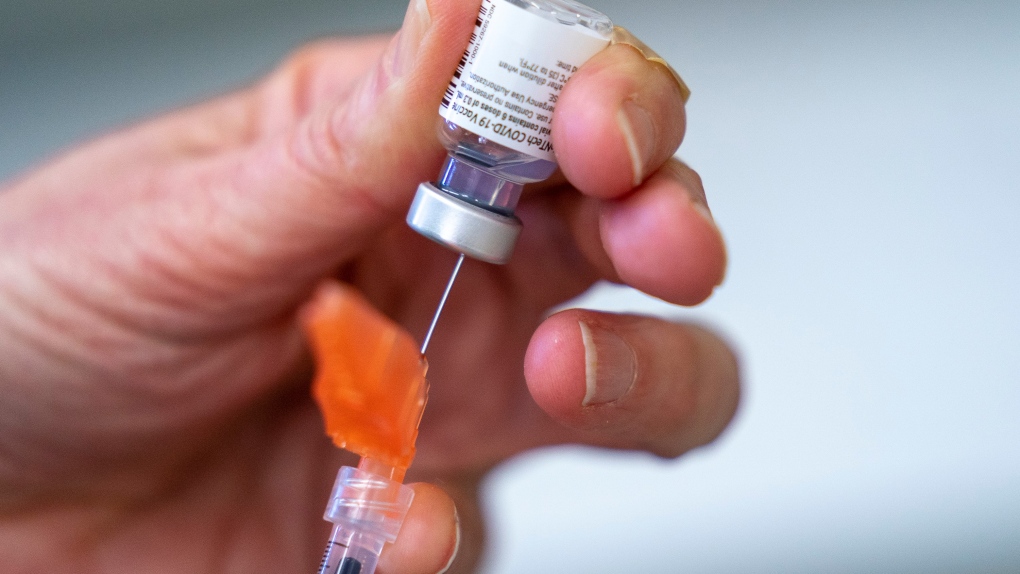 Syringes were reused for COVID-19 vaccines at a B.C. pharmacy, the Fraser Health Authority has confirmed.

Fraser Health confirmed Tuesday by email that its staff had been made aware that syringes – “the plastic tube which holds the vaccine solution, not the needles” – were reused at a pharmacy in its jurisdiction.

A spokesperson described it as “an infection prevention and control lapse.”

“While the risk of contracting a bloodborne illness as a result of reusing a syringe is low, we encourage all affected individuals to seek care from their family physician or walk-in clinic to eliminate this potential concern,” Fraser Health said.

The authority did not confirm where in its region, which spans from Burnaby to Boston Bar, the pharmacy was located.

It said the pharmacy was participating in a provincial pilot program testing the ability of pharmacies to use a specific booking system, and that the location was suspended from the program once it was learned that syringes were being reused.

The B.C. College of Pharmacists is investigating, Fraser Health said.

CTV News reached out to the college, but it only confirmed the investigation, which is being led by its Complaints and Investigations Team.

A post on its website outlining complaints identified the pharmacist as Bhanu Prasad Seelaboyina who, according to a since-deleted LinkedIn profile, was the pharmacy manager of a Guardian Pharmacy location in New Westminster.

The college’s investigation falls under Section 32.2(4)(b)(i) of the Health Professions Act. It wrote that the pharmacist agreed to limitations on his practice last week, pending the results of the investigation.

He cannot act as pharmacy manager during this time, nor can he administer any drugs or substances by injection.

His drug administration certificate has also been revoked, according to the college, which wrote, “The Registrant has admitted to using the same syringe barrel for multiple patients while administering COVID-19 vaccinations between August 24, 2021 and August 26, 2021.”

It goes on to say that, “due to the Registrant’s conduct and judgment in this case, the Inquiry Committee considered the above limits and conditions necessary to protect against further risk of harm to patients.”

“We take control lapse very seriously,” Fraser Health said of its role in the investigation.

“As soon as we became aware of the issue, our Public Health team began following up with impacted patients regarding appropriate next steps to ensure their well-being.”

Health authority staff first attempted to contact these patients by phone, then followed up with a letter.

The B.C. Centre for Disease Control lists Hepatitis B, Hepatitis C and the Human Immunodeficiency Virus (HIV) as among the “most notable” bloodborne diseases. Others include malaria, syphilis and brucellosis, though the BCCDC says there are many other pathogens that can be carried through the blood.