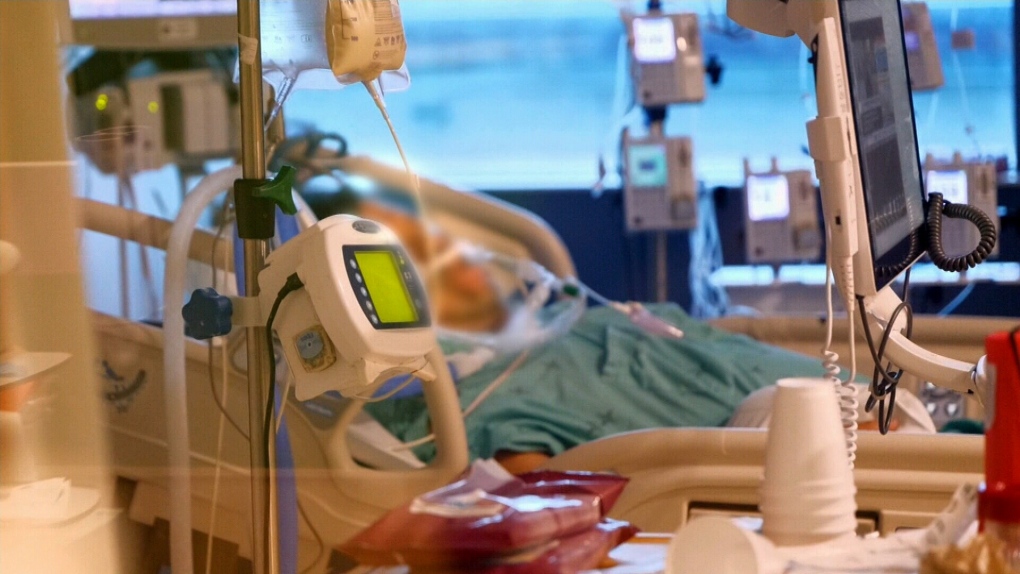 The president of the Canadian Medical Association (CMA) is the latest to call for action from provincial and federal governments to restore the health-care systems in Alberta and Saskatchewan which are crumbling under the weight of a fourth wave of COVID-19 patients.

“Any and all measures available must be applied to curb the rate of mortality, support workers, and start addressing the consequences of patients’ whose care is now on hold indefinitely,” said Dr. Katherine Smart in an open letter issued Wednesday.

“This is a time for courageous action, and for politics to step out of the way of needed collaboration.”

Alberta is seeing a record high number of hospitalizations, with more than 1,100 COVID patients in hospital, including 263 in intensive care units, which is the second highest number to date.

The situation in Saskatchewan is also dire, with ICU at capacity in many health zones and the province recording an all-time high of 4,864 active cases on Sunday.

Many surgeries have also been cancelled, affecting hundreds of patients as a result of the pressure on both province’s healthcare system for the foreseeable future.

The CMA is calling on both provincial and federal governments to work together to increase vaccination rates through mandatory vaccination in health care settings, bring in public health measures like “firebreakers” or “circuit breakers” to get COVID-19 cases under control, and to support transporting patients to other jurisdictions with ICU capacity.

“We are now witnessing an unprecedented health care crisis in Alberta and Saskatchewan – and patients and health workers are experiencing unfathomable choices and consequences,” said Smart.

“Early relaxation of public health measures has left two crumbling health care systems in their wake and the dire realities are now in full view.”

Both Alberta and Saskatchewan have recently deferred help from the federal government or other provinces.

Premier Jason Kenney turned down an offer of up to 30 medical professionals from Newfoundland and Labrador, saying Alberta doesn’t need them now, but may in the weeks to come.

During a news conference Tuesday, Kenney said the peak pressure on Alberta’s health-care system is expected late October. He also deferred up to 10 personnel from the Canadian Forces to help with medical needs.

Saskatchewan’s minister of health has also declined an offer for pandemic-related assistance from the federal government.

The CMA is the latest organization of medical professionals calling for more restrictions or circuit breaker lockdowns, including the AMA who has said major components of triage have already started at hospitals in the province as surge capacity fills up.

On Tuesday, Kenney said the most recent restrictions including mandatory masking in all public places and vaccine passports will take time to have an effect, but didn’t announce any new measures to curb the spread. He also says this is the wave of the unvaccinated who are least likely to obey public health orders.

“If the advice we receive is that these measures have been insufficient to abate the case growth pressure and future hospitalization pressure,” Kenney said. “We will take additional measures I cannot predict what those would be.”

The AMA however says those measures need to come immediately saying the situation is “all hands on deck” to address the crisis.

“At the end of the day, it’s the people of Alberta and Saskatchewan – patients, families, communities and health workers – who are impacted by this. As Canadians, we have a duty and a commitment to come together, especially in tough times,” said Smart.

“This is a time for governments, businesses, and citizens to step up and do the right thing. Extraordinary times call for extraordinary measures – and that time is now.”