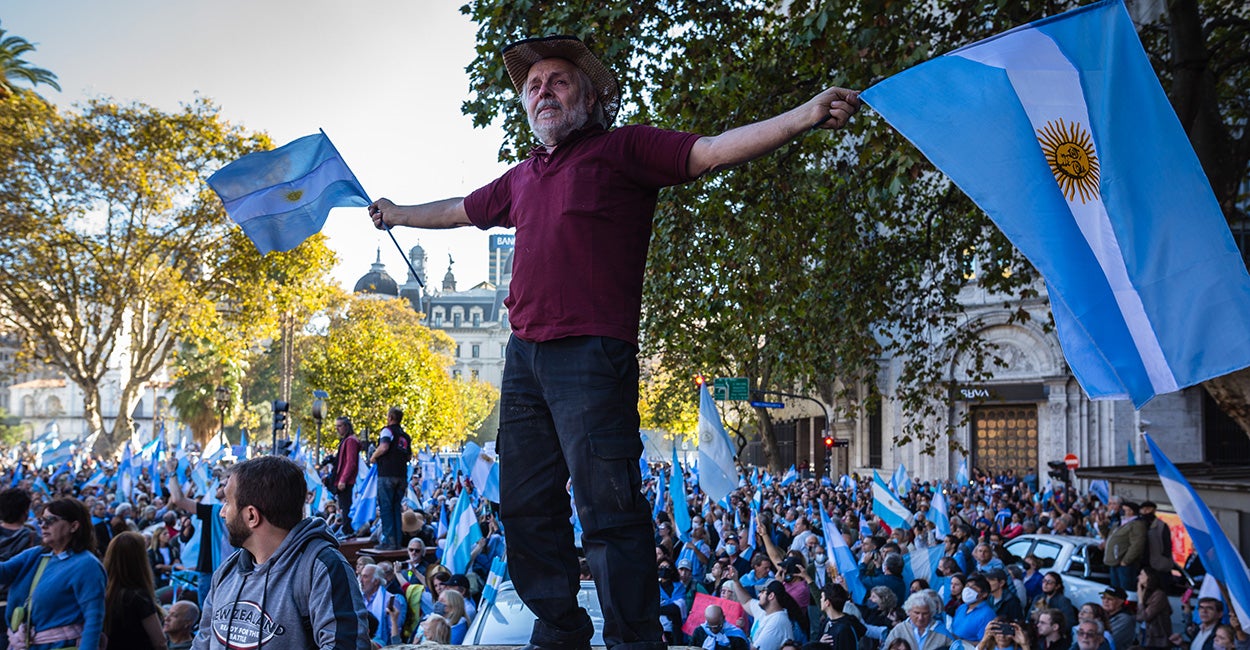 In yet another blow to the radical left’s attempts to mangle the language of Cervantes, the capital of one of the South America’s largest countries has said schools can no longer teach bastardized, woke Spanish.

Buenos Aires City Hall recently announced it was banning the use of so-called inclusive Spanish in the city’s schools. According to the city’s mayor Horacio Rodríguez Larreta, using e, x, and @, in written Spanish will no longer be acceptable.

“Teachers have to respect the rules of the Spanish language because children have to master the language as it is,” said Larreta, as reported by The Buenos Aires Times.

Woke Spanish, much like its English cousin, is mostly relegated to activists and universities. Use of the e, x, and @ are officially recognized in some niches of Argentine academia, like the Social Sciences Faculty at the University of Buenos Aires.

A guide to inclusive Spanish argues that people should use words that don’t exist like todxs or amigues to avoid gender entirely.

This debate on whether to completely de-gender Spanish highlights one major difference between the war on language in America and Argentina.

Every single word in Spanish is gendered, meaning even things like tables (las mesas) and pencils (los lapices) have a grammatical gender attached to them. To the radical left, that means the entire language must be changed.

There is something mind-boggling about the scope of the radical left’s attempt to alter Spanish. Americans are still reeling from repeated attempts to make “Latinx” a thing. But in Argentina, every single word and grammatical structure is under attack.

In the U.S., we cringe when someone says “birthing person” or “person who menstruates” instead of woman, but thankfully it’s just one word. English is not a grammatically gendered language, so there’s less chances for the radical left to infect English and change it wholesale.

Thankfully, Larreta is doing something to ban this linguistic abominación in Buenos Aires. But compare his response with our leaders in America.

Earlier this month, self-appointed speaker for all Latinos and leftist congresswoman Alexandria Ocasio-Cortez, D-N.Y., claimed people were just making drama about words like Latinx and that “gender is fluid, language is fluid.”

And last July, President Joe Biden came under fire for saying “It’s awful hard, as well, to get Latinx vaccinated as well. Why? They’re worried that they’ll be vaccinated and deported.”

Argentina’s president Alberto Fernandez is an avowed Peronist, meaning he follows in the footsteps of the socialist Colonel Juan Perón who seized power in Argentina during a military coup back in 1943.

Peron had the support of leftist labor unions in his rise to power and used his newfound control to implement a massive welfare network that his later successors and Fernandez would continue.

Not content to simply embrace socialism and Marxist woke politics, Fernandez and his lackeys have pushed the same nonsense that concerned conservatives have tried to excise from America.

In a speech last May, the president greeted a crowd of supporters calling them “amigos, amigas y amigues,” with amigues representing the non-gendered version of the Spanish word for friend.

It has been said time and again that whoever controls the language, controls the masses. Which is why it is so crucial that the mayor of Buenos Aires is fighting back against the woke pressure from Argentina’s leftist government. More importantly, he’s fighting back where it matters: the schools.

The left across the globe views children as the prime target for their ideology. By ensnaring children, they ensure that the ideology continues to the next generation. If you never learned how to speak that awful, gendered Spanish, then how could you pass it on to your kids?

While conservatives watch our backs at home, we must also recognize the woke left represents a threat beyond our borders. More countries that fall to the leftist scrouge across the globe means more external support for leftists at home.

To keep English pure from woke infection, so too must Spanish remain free from its malign influence. Conservatives should encourage the use of non-woke language, both in English, and Spanish.

As the Spanish say “al mal tiempo, buena cara,” which means in English, “put a good face towards bad weather.”

Or as our leftist friends might put it, “al mal tiempe, buenx car@.”