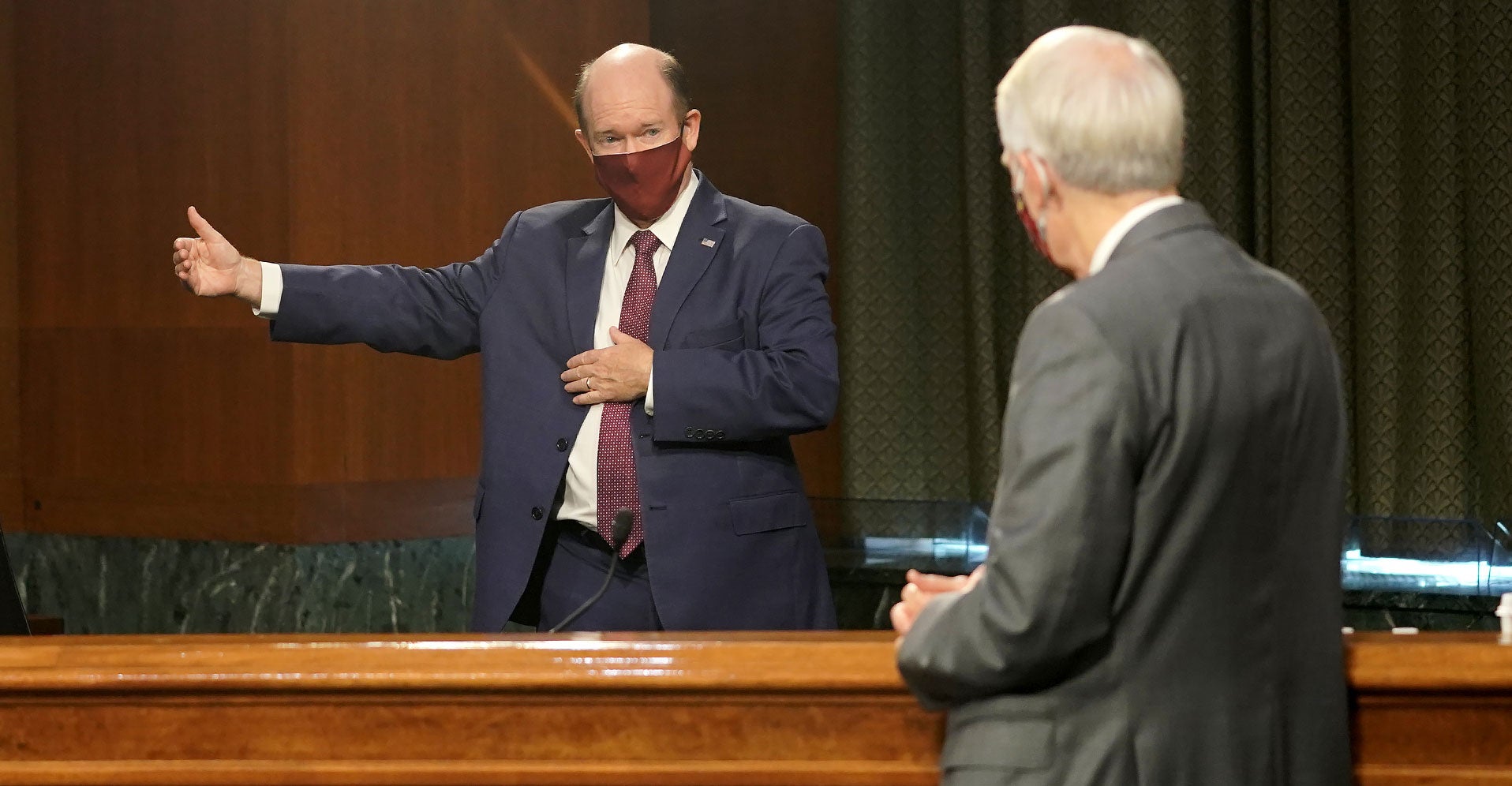 The United Kingdom is the U.S.’s closest ally. It also has one of the world’s largest economies. And,  needless to say, Britain’s a democracy that plays by the rules.

All that makes it amazing that the U.S. doesn’t have free trade with Britain. But the reason for that is simple: Until 2020, the U.K. was in the European Union, which meant it didn’t control its own trade policy.

But with Brexit, Britain is back in charge. Since it left the EU, it’s been making trade deals left, right, and center. It’s even close to joining the major Pacific trade pact led by Japan and Australia.

Unfortunately, the U.S. has fallen behind in the race to promote its trade with the U.K. Under then-President Donald Trump, a U.S-U.K. deal was a priority. But under President Joe Biden, the U.S. has focused on finger-wagging about Northern Ireland, which is caught up in a tussle between the U.K. and the EU.

Fortunately, the Senate is taking a constructive, bipartisan lead. On Wednesday, Sens. Rob Portman, R-Ohio, and Chris Coons, D-Del., introduced the Special Relationship Act, which would give the president five years to negotiate a “fast-track” comprehensive trade agreement with Britain.

Props, by the way, to the staffer who came up with the acronym behind the Act. It’s the “Securing Privileged Economic, Commercial, Investment, And Legal Rights to Ensure Longstanding Atlantic Trade and Investment Opportunities and Nurture Security, Happiness, Innovation, and Prosperity Act.”

As Portman put it, trade talks with Britain are “a no-brainer.”

The momentum for closer trade ties with the U.K. is building. In late May, the U.K. signed a state-level Memorandum of Understanding with Indiana, the first of 20 states Britain is targeting. The deal with Indiana improves procurement processes and strengthens academic and research ties.

Private sector support is also growing. The British American Financial Alliance has advanced major proposals for U.S.-U.K. cooperation on financial regulation, while the trade association BritishAmerican Business has stepped up its presence in the U.S. with constructive proposals for the next steps in U.S.-U.K. trade.

The U.S. and Britain are also talking trade at the national level, talks that got easier after they cut a deal in March to remove U.S. tariffs on British steel and aluminum exports to the U.S.

The talks began under Trump with the U.S.-U.K. Trade and Investment Working Group, which laid the groundwork for—and actually came close to completing—a comprehensive trade agreement.

The conversations continue in the U.S.-U.K. Dialogue on the Future of Atlantic Trade. Unfortunately, these discussions, while better than nothing, have focused only on improving economic cooperation, not on a full trade deal. The Dialogue has identified further work to be done in six areas.

The problem is that, as Duncan Edwards, the CEO of BritishAmerican Business, put it in an email, “[while] you would be hard-pushed to disagree with the sentiments behind any of the aspirations outlined … [what] is less clear … is the ‘tangible and concrete’ bit.”

In other words, the Dialogue has so far been lots of talk, but little action.

That’s where the new Senate initiative comes in. There’s a bipartisan basis for a trade deal with the U.K. The deal is, in fact, almost done. What is lacking is the political willpower to do it.

The U.K. is making its own trade policy. Brexit is a reality. It’s not going away. The rest of the world has come to terms with that fact and is rapidly cutting deals with Britain.

The U.S. can either accept this reality and benefit from it or persist—in a world where autocracies such as China are growing rapidly and seeking to shoulder the U.S. aside—in giving a cold trading shoulder to its closest ally and the world’s fifth-largest economy.

We got a deal on nuclear submarines—and a whole lot more—done with Britain and Australia in 2021, and ramped it up in 2022.

Coons and Portman have rightly shown the way forward on trade with Britain. It’s time for the U.S. to take it.