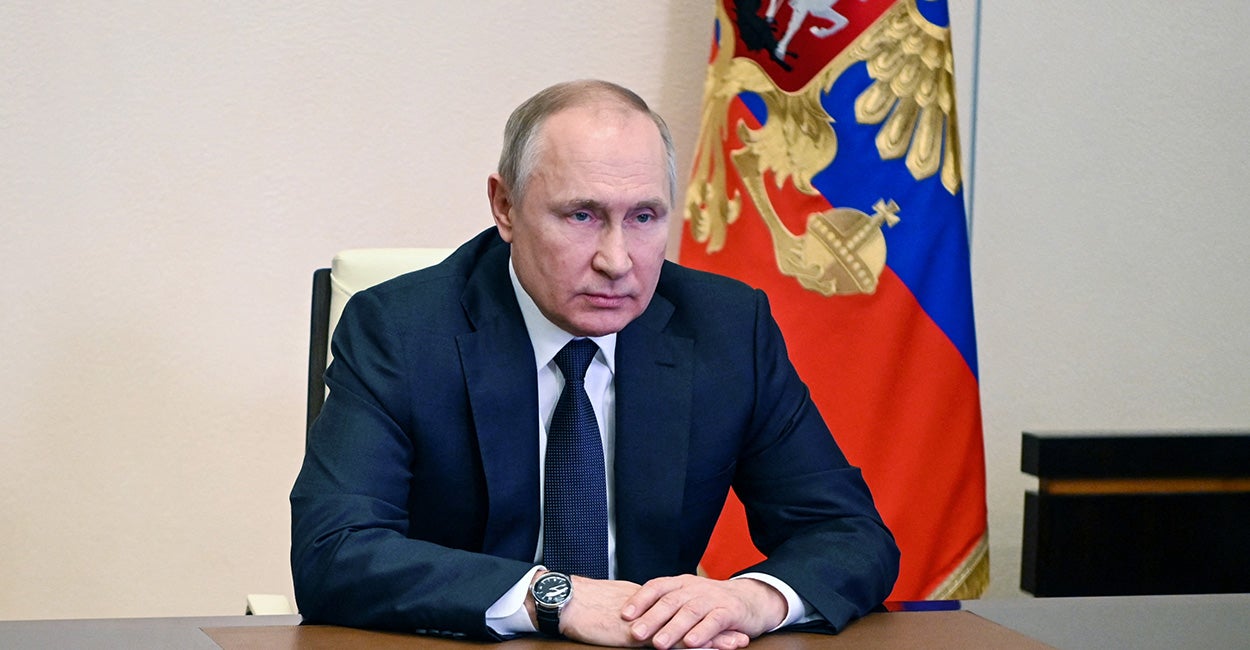 As of this writing, predictions of a Russian day-or-two romp through Ukraine, all the way to the point of threatening NATO countries, have proven wrong. Profoundly wrong.

But clearly much of the American news coverage underestimated both the totalitarian appetite of Russian President Vladimir Putin and the grit and determination of the outgunned and outmanned Ukrainian people, a resolve against Putin’s designs that has inspired the West and caused Europe to rethink its dependence on Russian energy.

In response to the United States’ offer of evacuation to a safe-haven extended to Ukraine President Volodymyr Zelenskyy, he responded, “I need ammunition, not a ride.”

Be careful about the American reporting.

After former President Barack Obama’s administration successfully pushed the Iran nuclear deal, his deputy national security adviser and point man for the agreement, Ben Rhodes, boasted to The New York Times about how he pulled it off.

He admitted that he peddled a phony narrative, completely swallowed by an accommodating media, about the supposed battle between “moderate” versus “hard-line” Iranian ayatollahs.

To give the moderates more sway and to lessen the potential for war against Israel and the West, Rhodes argued during the negotiations, the moderates need this deal. Rhodes said he invented this moderates-versus-hard-liners construct in order to complete the deal.

How did he dupe the media into parroting his fake narrative? Because of the legacy media’s drastic changes to adapt to the internet, changes resulting in downsizing and the elimination of experienced journalists, Rhodes said: “The average reporter we talk to is 27 years old, and their only reporting experience consists of being around political campaigns. That’s a sea change. They literally know nothing.”

Ukrainian news bloggers criticized inexperienced American journalists, many of whom are newly dispatched to Ukraine. They had never been to Ukraine, never covered Ukrainian politics, and know little to nothing about its people, culture, history, or topography.

The media, of course, fail to credit former President Donald Trump’s forewarning about growing European dependence upon a potentially menacing Russia. At a Brussels NATO summit in 2018, Trump gave the Europeans a tongue-lashing for relying on Russian energy, failing to contribute the recommended percentage of their gross domestic product to NATO, while simultaneously depending upon America to defend itself against possible Russian aggression.

To NATO’s secretary-general, sitting across a table and flanked by NATO country leaders, Trump said:

I have to say, I think it’s very sad when Germany makes a massive oil and gas deal with Russia, where you’re supposed to be guarding against Russia, and Germany goes out and pays billions and billions of dollars a year to Russia.

So, we’re supposed to protect you against Russia, but they’re paying billions of dollars to Russia, and I think that’s very inappropriate. And the former chancellor of Germany is the head of the pipeline company that’s supplying the gas. Ultimately, Germany will have almost 70% of their country controlled by Russia with natural gas.

So, you tell me, is that appropriate?

After Russia’s invasion of Ukraine, Germany suddenly announced an increase in its financial commitment to NATO. Calling the stepped-up contribution his country’s “historical responsibility” so that Putin “does not turn the clocks back,” German Chancellor Olaf Scholz said, “It is clear that we must invest significantly more in the security of our country, in order to protect our freedom and democracy.”

Meanwhile, it appears that, even in Russia, things are not playing out as Putin anticipated. Reportedly, several thousand Russians have been arrested for engaging in street protests against the war in Ukraine. And the Russian authorities are not exactly soft on crime and believers in cashless bail. Protesting against the Russian government is serious business.

More could have and should have been done by President Joe Biden and our European allies to prevent this invasion. Biden’s disastrous withdrawal from Afghanistan caused China, Iran, and North Korea to perceive Biden as weak.

During 2021, according to the Energy Information Administration, America imported a monthly average of 670,000 barrels per day of crude oil and petroleum products from Russia, smashing the previous record set in 2011.

But the world is awakening. Will Putin get the message?

The Daily Signal publishes a variety of perspectives. Nothing written here is to be construed as representing the views of The Heritage Foundation.

Have an opinion about this article? To sound off, please email [email protected] and we’ll consider publishing your edited remarks in our regular “We Hear You” feature. Remember to include the url or headline of the article plus your name and town and/or state.