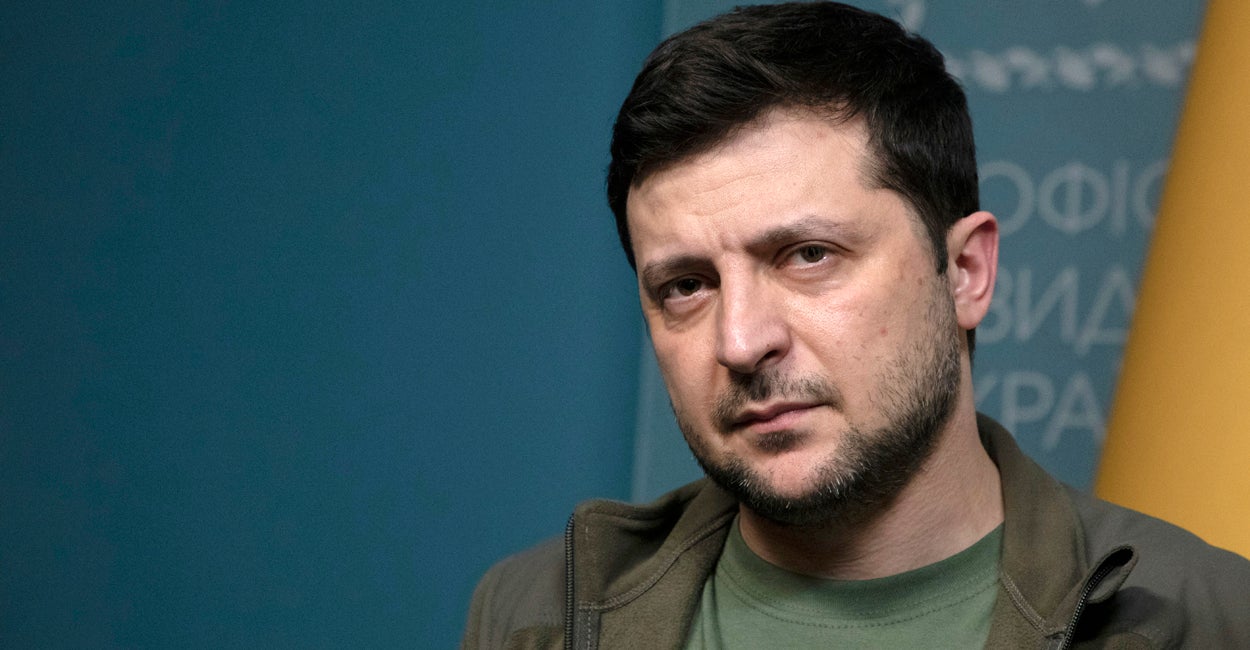 “The fight is here; I need ammunition, not a ride.”

These words from Ukrainian President Volodymyr Zelenskyy to Washington in response to a U.S. offer to evacuate him will resound as some of the most iconic of the 21st century.

Zelenskyy, braced for the worst in Kyiv in the hardest of times, is reminding not only his country but the rest of the world what fearless courage, steadfast leadership, and authentic manhood look like.

What is happening during Russia’s invasion of Ukraine is tragic and heartbreaking. Yet Zelenskyy is testifying to what it means to be a man, draw a line in the sand, and fight for what is his.

The response to Zelenskyy’s televised image and words from the public outside Ukraine has been one of shock and awe, at least in some regards. And it’s no wonder.

America, and the rest of the world for that matter, seems simply stunned to see a man act like one.

Yes, we have seen striking examples of male leadership in the past. British Prime Minister Winston Churchill’s urging fellow citizens to “Never surrender” to the Nazis, and President Ronald Reagan’s demand that his Soviet counterpart “Tear down this wall,” live on in the history books as examples of iconic male leadership.

But the stand taken by Zelenskyy is arguably the first time the current generation has witnessed a world leader, who is also a male, espouse what it means to be a man, say no to the enemy, and fight back—literally.

Not use rhetoric to deflect, not evacuate or walk away from a stressful situation, not hide behind excuses.

Instead, the Ukrainian president’s stand against Russian President Vladimir Putin and his vast army is a testament to authentic manhood and leadership. Men fight for what is theirs, they don’t take the easy way out, and they are prepared to give their lives—if that is what the fight demands.

Most of the world apparently didn’t see this coming from Zelenskyy, 41, a former comedian, actor, and businessman elected in 2019 to lead Ukraine.

Perhaps this is due in part to the epidemic of rhetoric on “toxic masculinity,” the notion that cultural masculine standards are harmful to men, women, and society overall. These lies undoubtedly have negatively affected men’s understanding of manhood and their desire to simply walk in that manhood.

Masculinity is not toxic. Any person, man or woman, who abuses their power and influence can be toxic. But men, inherently, are not toxic, and authentic masculinity is certainly not.

Men were created, both psychologically and biologically, to stand in the gap, to confront danger, to fight, to persevere in the most trying of circumstances, and to give their lives if the mission demands it.

Their physical structure is stronger than that of women. It’s biology.

Perhaps the authentic male leadership displayed daily by Zelenskyy is best described by a paragraph in Steven Pressfield’s novel “Gates of Fire,” which is about the battle of Thermopylae and how a small number of Spartans and allies stood against the hordes of the Persian Empire:

A king does not abide within his tent while his men bleed and die upon the field. A king does not dine while his men go hungry, nor sleep when they stand at watch upon the wall. A king does not command his men’s loyalty through fear nor purchase it with gold; he earns their love by the sweat of his own back and the pains he endures for their sake. That which comprises the harshest burden, a king lifts first and sets down last. A king does not require service of those he leads but provides it to them. He serves them, not they him.

Volodymyr Zelenskyy is one of the first men in modern times to display such selfless leadership and resolve.

May he not be the last.