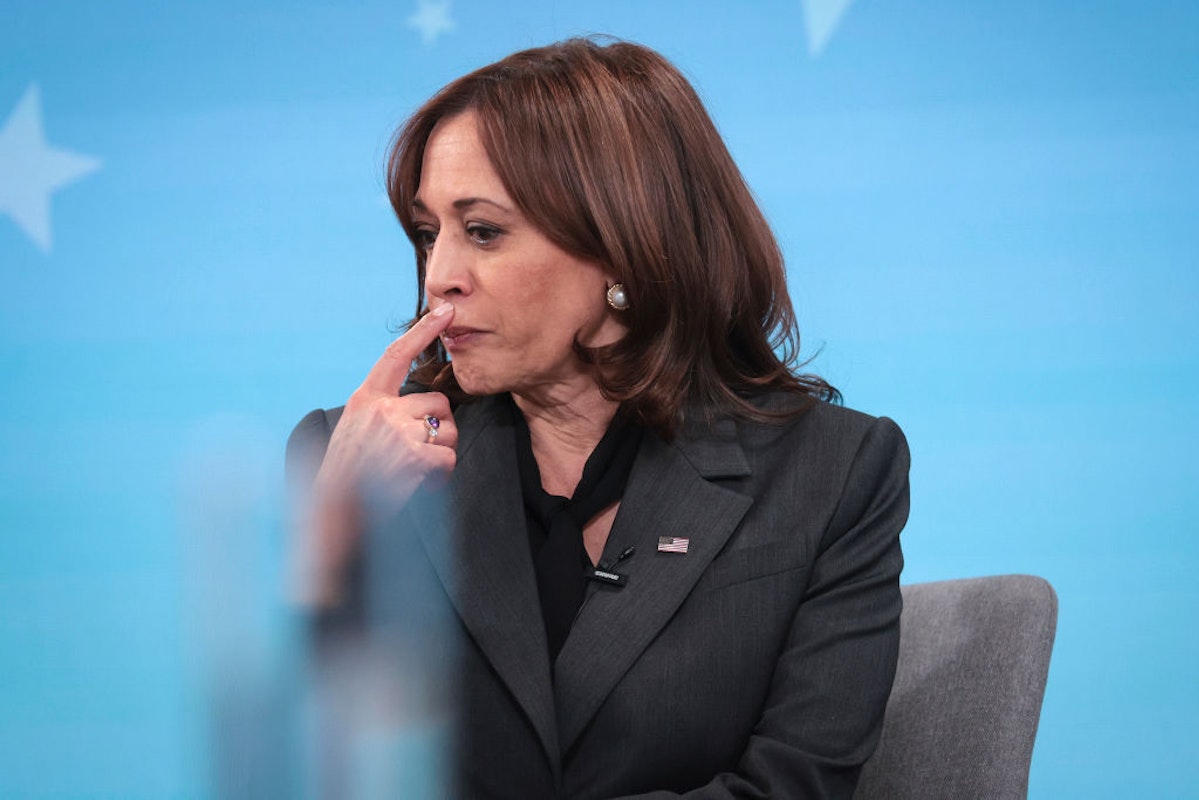 Vice President Kamala Harris, according to a new book from New York Times journalists Jonathan Martin and Alexander Burns, took offense when West Wing staffers — who stood to greet President Joe Biden — failed to do so as she entered the room.

First was the Vogue cover photo, which was leaked two weeks prior to the inauguration — and, according to the book, was not the photo Harris had expected. Despite weeks of campaigning in her signature Converse sneakers, Harris apparently felt that the cover photo featuring her wearing them, along with a pair of skinny pants, was “an approachable but less than grand depiction of the incoming vice president.”

“Harris was wounded. She felt belittled by the magazine, asking aides: Would Vogue depict another world leader this way?” Martin and Burns wrote, noting that after Harris’ objections, Vogue ultimately sold a limited edition issue with the photo the Vice President had preferred.

Vogue Editor-in-Chief Anna Wintour said at the time that she had chosen the photo that she felt was more “relatable.”

President Biden’s team was at odds with Harris’ team even then, the book alleged, with one Biden official reportedly saying that it was “not the time” to wage war with Vogue, particularly over an issue that was viewed by the president’s staff as primarily “aesthetic.”

“It was an early indication that members of the Biden-Harris teams were on different pages with different priorities. The dynamic didn’t improve from there,” the Politico report continued. “Martin and Burns document an increasingly fraught relationship between the West Wing and the vice president’s office filled with anger, eye-rolling, portfolio feuds, and real and perceived slights.”

Among those slights was the fact that Biden’s staffers, who stood when he entered a room, did not do the same for Harris — a move that she interpreted as “a sign of disrespect.”

New: @VP was stung by what she saw as the lack of respect shown to her by WH aides who failed to stand when she entered the room–and her chief of staff conveyed that displeasure to the West Wing.@AlexThomp on this + lots more from THIS WILL NOT PASS:https://t.co/x8xkvatz0d

“Some of Harris’s advisers believed the president’s almost entirely white inner circle did not show the vice president the respect she deserved. Harris worried that Biden’s staff looked down on her; she fixated on real and perceived snubs in ways the West Wing found tedious,” Burns and Martin continued.

They went on to say that Harris sent her chief of staff, Tina Flournoy, to address the situation. Flournoy reportedly told Biden top aide Anita Dunn that Harris was not pleased that West Wing staffers did not stand when she entered the room the way they did for the president.

Dunn did not comment specifically on the conversation, but told Politico’s West Wing Playbook, “Everyone in the West Wing has a high degree of respect for the Vice President and the hard work she is doing for this President and our country. Particularly me.”

In addition to Harris’ frustrations, the book claimed that First Lady Jill Biden was not thrilled with the decision to make her the Vice President in the first place.

As The Daily Wire reported:

First lady Jill Biden reportedly made it clear early on that she was not happy to welcome Harris to her husband’s ticket. According to Burns and Martin, she referenced Harris’ debate-stage attempt to paint then candidate Joe Biden as a racist — citing his friendships with known segregationists and his opposition to busing — and she wondered to an adviser whether there wasn’t a better choice among the millions of other Americans who might be available.

“Speaking in confidence with a close adviser to her husband’s campaign, the future first lady posed a pointed question. There are millions of people in the United States, she began. Why, she asked, do we have to choose the one who attacked Joe?”