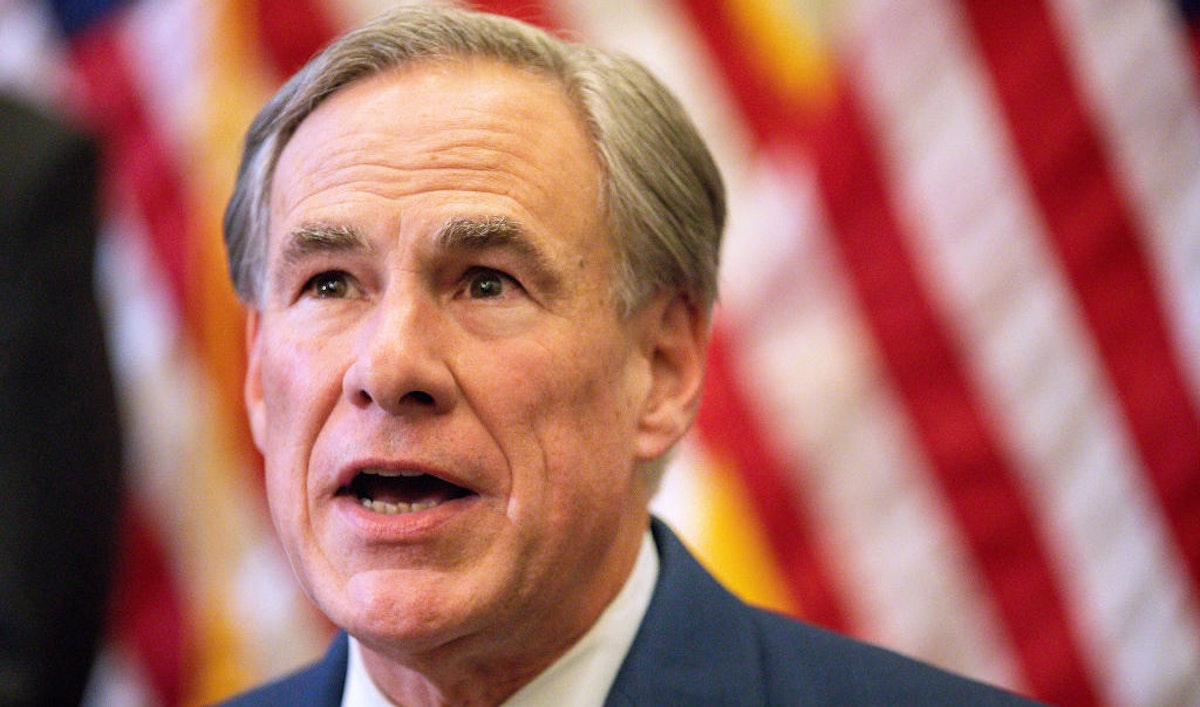 Texas Governor Greg Abbott (R) has resorted to “unprecedented” tactics to secure the state’s southern border from a flood of illegal immigration, such as using thousands of state vehicles to create a “steel barrier.”

Abbott ripped the Biden administration in a Tuesday press conference for failing to secure the border while drawing thousands of migrants to illegally cross into the U.S. through lax border policies and enforcement. The governor also said that his administration was taking action to fill the gap left by the federal government, according to CNN.

“When you have an administration that has abandoned any pretense of securing the border and securing our sovereignty, you see the onrush…” he added.

“Texas National Guard Soldiers & Texas Department of Public Safety personnel guard an area on the Rio Grande River to STOP illegal border crossings into Texas,” Abbott said in a tweet. “We will continue to surge state resources to secure the border & address the chaos created by the Biden Administration.”

We will continue to surge state resources to secure the border & address the chaos created by the Biden Administration. pic.twitter.com/dh416SpX4z

In a follow-up message, Abbott posted more pictures of the barricade staffed by Texas National Guard and law enforcement officers. “Join me in thanking the Texas National Guard for their daily work to secure our border. Some work with the Texas Dept. of Public Safety to secure towns like Del Rio. Others work to prepare for building a border wall & barriers. Others guard remote areas,” Abbott said.

Join me in thanking the Texas National Guard for their daily work to secure our border.

Some work with the Texas Dept. of Public Safety to secure towns like Del Rio.

Others work to prepare for building a border wall & barriers.

On Monday, Abbott called on President Joe Biden to make a federal emergency declaration over the border crisis and free up federal resources for the state and border communities to use in order to handle the flow of illegal migration. Del Rio, Texas, has been hit particularly hard in the past week with illegal migrants after a message spread over social media that the Del Rio border crossing was open, according to U.S. Border Patrol Chief Raul Ortiz.

Abbott wrote, in part, in his letter:

Border security is a federal responsibility; however, in response to the current situation, I have taken the appropriate action under state law by directing the execution of the state’s emergency management plan and by declaring a state of disaster on May 31, 2021, for multiple Texas counties across the state’s southern border.

I submit this request due to the overwhelming surge of individuals unlawfully attempting to cross the Texas-Mexico border in Val Verde County. These illegal crossings are aided by a dam on federal property, and thus under the jurisdiction of the federal government, which allows individuals to easily traverse the Rio Grande River. The rush of migrants increased from approximately 4,000 individuals on Wednesday, September 15, 2021, to over 16,000 migrants on Saturday, September 18, 2021. The entrance of illegal immigrants shows no signs of slowing. This surge poses life-threatening risks to residents of Val Verde County and is quickly overrunning law enforcement and health care and humanitarian resources which were never intended to be used in this capacity. Even the limited federal resources in the area are strained by the large number of individuals illegally crossing into Texas.