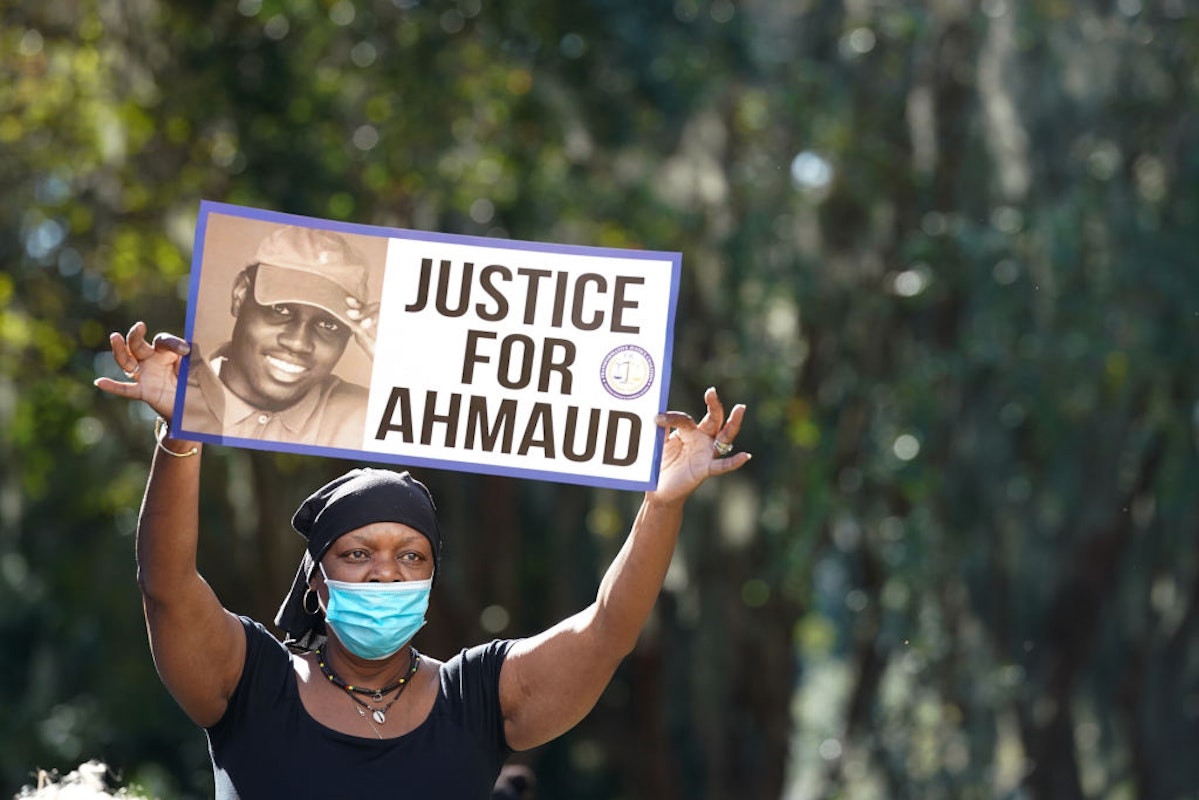 Ahmaud Arbery’s killers were found guilty on Tuesday on all federal hate crime charges against them.

Travis McMichael, 36, his father Gregory McMichael, 66, and their neighbor William “Roddie” Bryan, 52, were convicted on all counts in the federal hate crime trial of the three men, who were charged with violating Arbery’s civil rights.

All three men were found guilty of interference of rights and attempted kidnapping. The two McMichaels were also found guilty of a firearms charge, namely brandishing or discharging a firearm during a violent crime.

The three men are already serving life sentences for their murder convictions, but now they face additional sentences of up to life in prison for their federal hate crime convictions.

U.S. District Judge Lisa Wood sent the jury to start deliberating on Monday, and they returned a verdict Tuesday morning.

Wood said in court Tuesday that the prosecution had the “difficult task” of proving the “racial motivation of hate crimes” but did so successfully.

The verdict in the hate crimes case comes just a day before the second anniversary of Arbery’s death.

Arbery, a 25-year-old black man, was fatally shot in Glynn County, Georgia on Feb. 23, 2020, as he was walking through the Satilla Shores neighborhood.

During the trial, the jury watched video of Arbery roaming around a vacant property with a house under construction. In the moments after Arbery left the property, he was chased by three white male residents of the neighborhood. Travis McMichael and his father Gregory McMichael armed themselves with guns and pursued Arbery in a pickup truck after he ran past their yard, which was several houses down from the unfinished property. Bryan came out and followed Arbery in another car. Arbery then had a confrontation with Travis McMichael, who shot Arbery as he ran in front of the pickup truck.

A graphic viral video of Arbery’s killing catapulted the fatal shooting into the national spotlight. Arbery’s murder along with the killing of George Floyd and several other incidents of violence against black Americans contributed to sparking the racial justice protests, uprisings, and riots that erupted across the country in the summer of 2020.

All three men involved in Arbery’s killing were charged with murder and convicted in November.

On Tuesday, the judge told the three men that they have 14 days to file appeals in the hate crimes case.