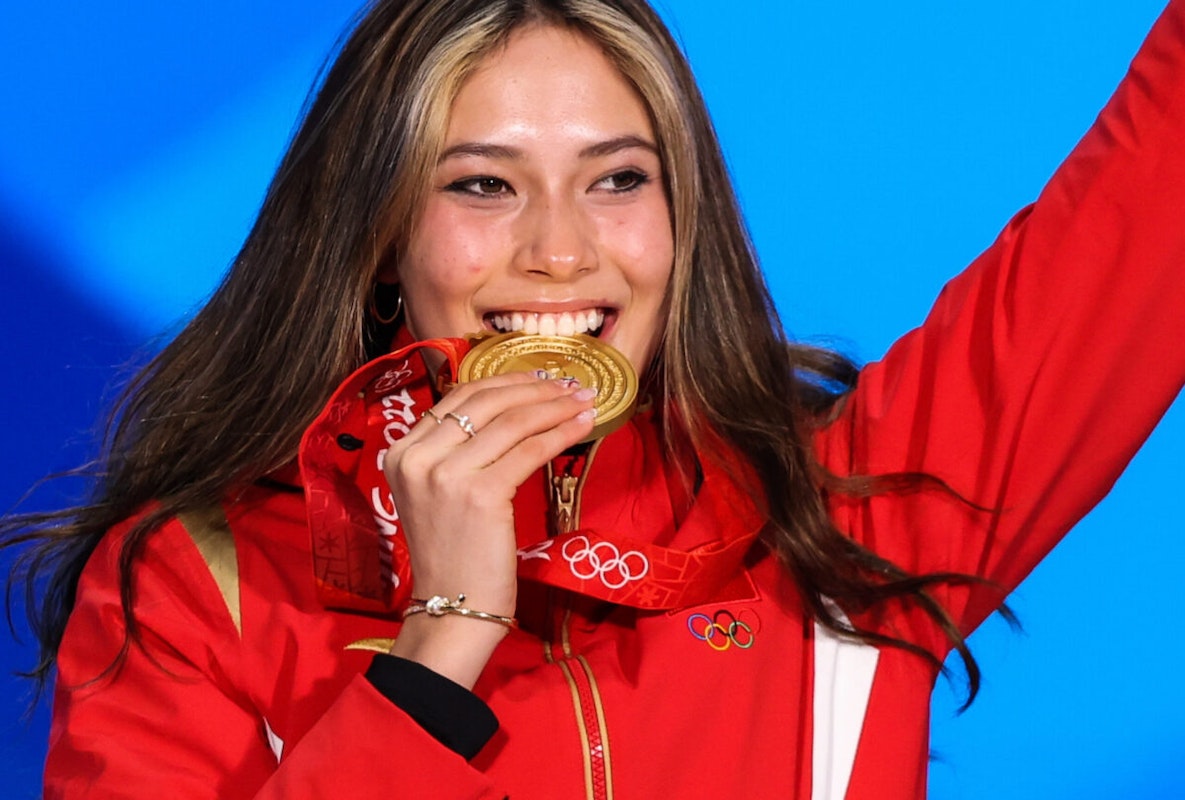 As Eileen Gu landed on the hard snow following her incredible 1620 — the first of her career — the American-born Chinese skier let out a scream of joy, knowing she had done just enough to win a gold medal in the women’s big air event.

But her first gold medal at the 2022 Beijing Olympics comes with a side of a controversy.

Gu, born and raised in San Francisco, chose to compete for her mother’s home country of China, during a time when relations between the U.S. and the communist nation are uneasy.

Following the win, Gu had to face the music regarding her U.S. citizenship status, but she was unwilling to give a straightforward answer.

“I’ve always been super outspoken about my gratitude to the U.S., especially the U.S. team,” Gu said when asked if she had to give up her U.S. citizenship to compete for China. “I feel as though they’ve helped me out so much in my development, they continue to support me. And same with the Chinese team. They’ve always been super supportive and they’ve helped me so much. And so in that sense, I think that that speaks volumes to the ability of sport to bridge the gap and to be a force for unity.”

China does not allow dual citizenship, meaning that Gu would have had to give up her U.S. citizenship in order to compete, or China made an exemption in order to allow Gu to compete on the Chinese Olympic roster.

“If people don’t have a good heart, they won’t believe me, because they can’t empathize with people who do have a good heart,” she continued. “And so in that sense, I feel as though it’s a lot easier to block out the hate now. And also, they’re never going to know what it feels like to win an Olympic gold medal.”

Sitting in the crowd to watch Gu win the gold medal was tennis star Peng Shuai. Peng, who accused a senior CCP official of sexually assaulting her three years ago following a round of tennis, watched the event with International Olympics Committee president Thomas Bach.

On Monday, Peng denied accusing a high-ranking Chinese official of sexual assault and announced her retirement from competitive tennis in an interview with French newspaper L’Equipe.

“Sexual assault? I never said anyone had sexually assaulted me in any way,” said Peng when asked by L’Equipe.

Her denial has certainly raised eyebrows, considering the tight control the CCP has over its citizens. But that doesn’t appear to bother Bach, who said he just happened to meet Peng at the event.

“I just met her here—she was here, sitting in the stadium,” Bach said afterward. “I had the opportunity to speak with a number of athletes from Switzerland and from Germany, the U.S., and there she was, sitting there.”

Gu will have two more chances to add to her medal count, competing in the half-pipe and slopestyle at the 2022 Winter Olympics.