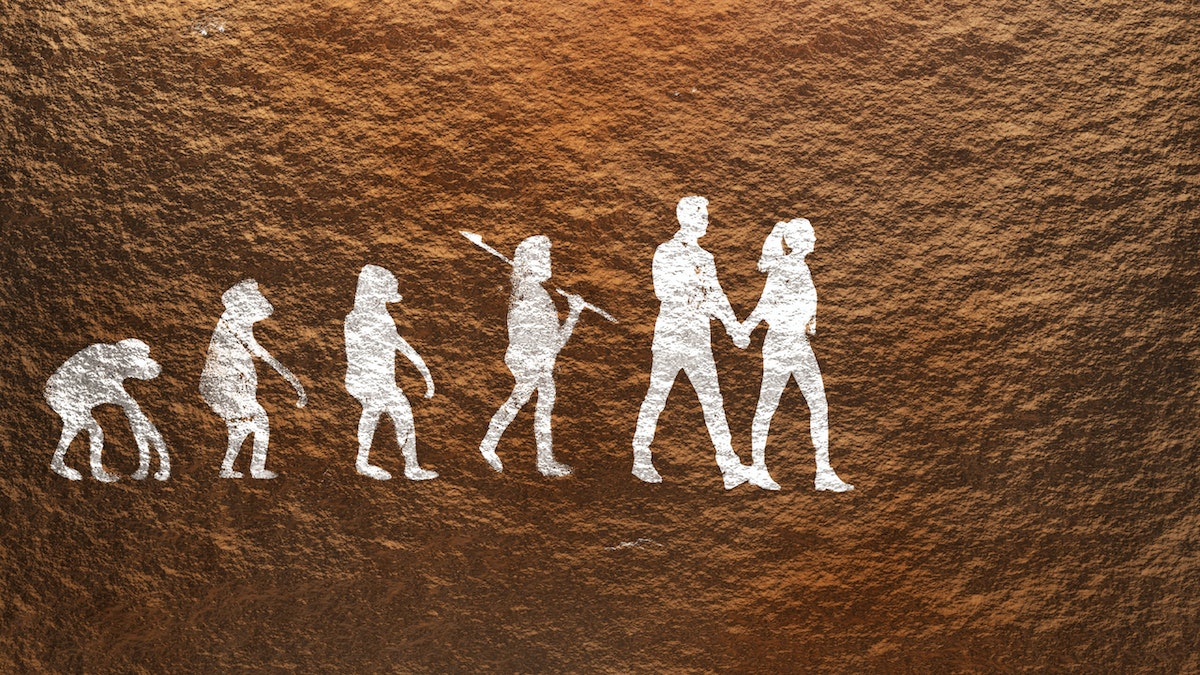 What’s love got to do with it? Everything, really. Or at least it’s supposed to.

Most straight adults in the WEIRD (Western, Educated, Industrialized, Rich, and Democratic) world — liberal or conservative — benefit from the use of birth control. We can tell because, despite having plenty to eat, citizens in WEIRD countries don’t typically have large numbers of children. Whether we care to admit it or not, we are overwhelmingly agreed on the value of birth control.

By freeing us to plan the timing and size of our families, reliable birth control has liberated women to strive and achieve alongside, and on par with, men. The gains in sexual equality that have been made in half a century are nothing short of staggering, largely due to birth control, and the benefit to humanity is all but undeniable.

But that staggering benefit has come with staggering costs. As unfair as the pre-birth control world may have been, it had a recognizable logic to it. Sex was scarce because reproductive behavior carried sobering implications, especially for women who did not secure commitments from their partners in advance. And as dry and contractual as that description makes the process sound, the hammering out of such commitments has been a steamy and delightful human obsession since long before our ancestors were fully human. Courtship may ultimately be about costs, benefits, obligations and enforcement. But that’s not how it feels while you’re falling in love.

Modern humans have existed for hundreds of thousands of years, and modern human courtship has been evolving over that entire period. All of that evolution, across every human culture, was built around a few unchangeable facts: men and women will be drawn to each other, and because human babies are so very labor-intensive to raise, women with a choice in the matter will be incredibly careful about sex so as not to produce children on a lustful whim. That carefulness will be vigorously, sometimes coercively supported by women’s close kin — both male and female. The sexual caution of women, and the caution exerted on womens’ behalf, evolved to counter the inverse instincts of men who, if not driven to a nobler objective, may spend a lifetime hunting for evolutionary bargains — seeking to produce offspring that will be raised without any investment beyond the sexual encounter itself.

Acceptable patterns of sexual behavior derived from this evolutionary asymmetry between men and women are inscribed into the rules of every culture and civilization and are suffused throughout the myths and narratives that constitute our instruction manuals.

Birth control — the ability to fully separate sex from reproduction — re-wrote those rules, suddenly, arbitrarily and irreversibly changing a fundamental part of human nature. That wasn’t the intent, of course. It was supposed to give us power over our lives, and more of what is arguably the most rarefied and delightful experience that people can have. And it did. But hyper-novel shifts carry enormous risks. And this shift wrecked the sexual logic that governed the system, providing nothing with which to replace it.

Most fundamentally the problem is this: Sex is a means to an end — it is about the production of offspring. But as in so many things for humans, the original function has been overlaid with additional ones. Food is about sustenance, just as sex is about reproduction. Food is also about the family table and the sharing of insights, just as sex is about deep connection, about building and maintaining a partnership.

Humans are no ordinary species, and the production of offspring is not a simple matter of sperm meets egg, or even boy meets girl. Humans are born utterly incompetent. “Altricial” is the scientific term. And competence is not encoded in our genes so that it just simply emerges if we are fed and protected through physical maturity. Though we are not blank slates at birth, we are the blankest slates nature has yet produced, less cognitively pre-programmed than any other species, by far. This is not some cosmic error, some massive disadvantage our species has overcome. On the contrary, it is the key to our unique success. Our helplessness at birth is the flip side of our greatest asset — our unparalleled adaptability.

But that unscriptedness of human offspring creates some very special requirements. Human babies are not well raised by mothers alone. They are best raised and mentored by a team, ideally, an extended family embedded within a community, but at a minimum, a mother and father united in a life-long partnership, with total dedication to their brood.

Sex is amazing. No two ways about it. Evolution made it irresistible for an obvious reason. The joy of it is the ultimate incentive. And if a man needs to agree to a life-long partnership with a woman to get some, most men will willingly do so. And because women are incredibly choosy about partners, men need to do more than simply agree to stick around, they need to demonstrate their worth, not just in absolute terms, but relative to other men who are also looking to impress eligible women. Someone had better hold their beers while they’re electrifying cities, making horses obsolete, putting people on the moon and generally being impressive, hoping to catch the eye of someone lovely.

Of course, life-long partnerships are expensive, about as costly as anything reasonably can be, so men don’t agree to these partnerships without obsessing about their options. Men become very choosy about life partners too — just like women. Men don’t focus on all the same characteristics as women do when looking for a spouse, but they naturally have equally high standards. Our point is that humans are at our best when men and women are holding each other’s feet to the fire while working to be worthy of partnership. The scarcity of sex, and the choosiness it produces, gets everyone striving.

Not all the consequences of this competition and choosiness are good, of course. Competition can be destructive, and traditional forms of sexual competition tend to needlessly block women from world-changing work. We can be justly proud of having leveraged technology to liberate and empower women to compete in traditionally male realms. Liberals were right: Physical challenges aside, women can compete with men, and humanity has benefited greatly from their successful liberation. But conservatives were right about something equally important: The unintended consequences of a sexual free-for-all would be disastrous and largely unpredictable.

The coherence of many systems is easily overlooked until it has been lost. We can see this very clearly with respect to the relationship between men and women. Traditionally, every straight member of both sexes wants to marry up. No one wants to be left behind or betrayed. It’s a very serious game that we are built, wired and programmed to intuit. And although the players haven’t gone anywhere, the rulebook was destroyed and replaced by an arbitrary and rapidly changing set of assertions made up by people who don’t even seem to remember the objective of the exercise — to make and train our replacements so our lineage doesn’t go extinct.

Sex is thrilling in large part because, traditionally, the stakes have been incredibly high. But sex isn’t scarce, now. By lowering the stakes — by decoupling sex from reproduction — and by suggesting to women that the reason they weren’t thrilled by the idea of casual sex was that they were being oppressed by men who wanted to control their minds and their bodies, we have created a sexual dumpster-fire in which the false sophistications of the moment are used to pressure women into abandoning requirements for commitment. A woman who wishes to opt-out of casual sex is taken to be evidencing one of several defects. Either she is imagined not to like sex, which is incredibly unsexy, or she does like sex and is denying it to herself because she is ok with being oppressed. To avoid that trap, many women go along and discover that, for deeply wired, hormonally mediated reasons, they usually can’t help but develop strong feelings for the men they sleep with. Men are wired in the opposite way: sex very early in a relationship inhibits the feelings that would otherwise cause them to fall in love. Men and women can and should have equal opportunity in all realms, but we are not the same.

There is no easy way out, even for people armed with this knowledge. A woman who demands commitment competes  for male attention with every woman who doesn’t. And that’s a fairly hopeless situation, as willing women engage in a race to the bottom, broadcasting easy sexual availability and low standards.

A man is better positioned to opt-out of the modern sexual chaos if he wants, but his ancestral wiring is set to overwhelm him with fear of missing out on sex without commitment, the sweetest deal in the known universe. Of course, he’s being a sucker too. Consensual sex is delightful to men because it has traditionally been an indicator of a spectacular evolutionary achievement: having been deemed worthy by someone in possession of the capacity to do the most miraculous thing a human can do, which is make humans out of nothing at all.

But in the current environment, sex doesn’t mean either of these things. A man having casual 21st-century sex likely hasn’t met any meaningful standard of achievement, and he isn’t being granted access to the machinery of miracles. Rather, in all probability, he’s LARPing with a near stranger. And if one talks to straight singles of either sex, one comes away with the distinct impression that, although sex is exceedingly common in the 21st-century, sexual satisfaction has left the building.

There is a way out of this mess, but it won’t happen if men and women attempt to opt out in isolation. Smart young people who can see that they are not achieving the sexual satisfaction they were promised should opt-out of the incoherent free-for-all together. They should establish a set of rules for how they will treat each other in the context of mating and dating and a set of standards to which they will aspire and hold each other. There is no reason we can’t have the benefits of family planning without destroying the coherence of family and of civilization. And what a delightful achievement it will be if we can find our way there.

Heather Heying and Bret Weinstein are evolutionary biologists and authors of the instant New York Times bestseller A Hunter-Gatherer’s Guide to the 21st Century: Evolution and the Challenges of Modern Life. The have been invited to ad­dress the US Congress, the Department of Justice, and the Department of Education, and have spoken before audi­ences across the globe. They both earned PhDs in Biology from the University of Michigan, where their research on evolution and adaptation earned awards for its quality and innovation. They have been visiting fellows at Princeton University, and before that were professors at the Ever­green State College for fifteen years. They resigned from Evergreen in the wake of 2017 campus riots that focused in part on their opposition to a day of racial segregation and other college “equity” proposals. They cohost weekly livestreams of the DarkHorse podcast.