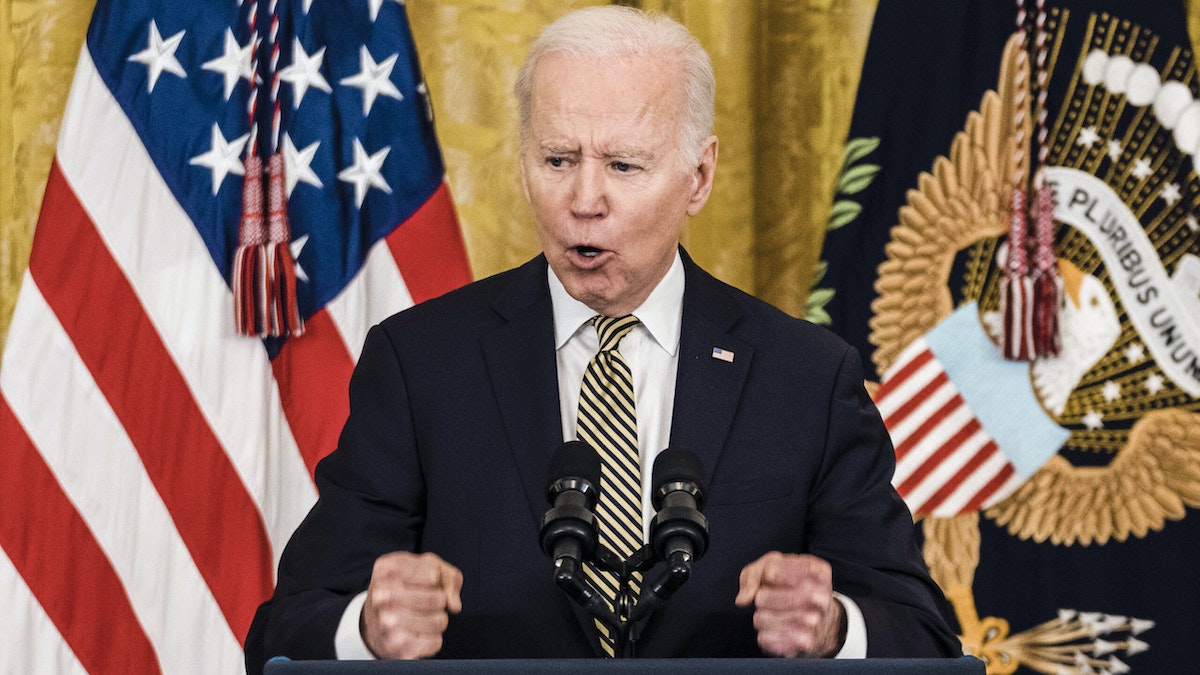 Democrat President Joe Biden warned on Monday that Russian President Vladimir Putin is likely to launch cyberattacks against the United States as his war in Ukraine has turned into a political disaster back in Russia, and as Ukrainian forces have ground Putin’s military invasion to a bloody stalemate.

“The more Putin’s back is against the wall, the greater the severity of the tactics he may employ … one of the tools he’s most likely to use in my view, in our view, is cyberattacks,” Biden said on Monday. “The magnitude of Russia’s cyber capacity is fairly consequential and it’s coming.”

Earlier in the day, Biden released a statement saying that the warnings were “based on evolving intelligence that the Russian Government is exploring options for potential cyberattacks.”

If you have not already done so, I urge our private sector partners to harden your cyber defenses immediately by implementing the best practices we have developed together over the last year. You have the power, the capacity, and the responsibility to strengthen the cybersecurity and resilience of the critical services and technologies on which Americans rely. We need everyone to do their part to meet one of the defining threats of our time — your vigilance and urgency today can prevent or mitigate attacks tomorrow.

Biden was slammed last summer after he said that he handed Putin a list of 16 entities that were off-limits for Putin to launch cyberattacks against.

“Another area we spent a great deal of time on was cyber and cybersecurity,” Biden said. “I talked about the proposition that certain critical infrastructure should be off-limits to attack — period — by cyber or any other means. I gave them a list, if I’m not mistaken — I don’t have it in front of me — 16 specific entities; 16 defined as critical infrastructure under U.S. policy, from the energy sector to our water systems.”

Rebeccah Heinrichs, Senior Fellow at the Hudson Institute, wrote: “This is essentially inviting Putin to attack literally everything else.”

Conservative political consultant and writer Noah Pollak responded to Biden’s remarks by posting on Twitter: “This is insane. This is one of the most pathetic moments in American diplomatic history.”

“I’m very confused about this. 16 entities that are ‘off-limits’ for attack, as opposed to others that aren’t?” Atlantic Council Director Benjamin Haddad wrote. “What does this mean?”

“So Putin’s cyber-pirates are free to attack anything else?” Mark Krikorian, Executive Director at the Center for Immigration Studies, wrote on Twitter.

“This is wild. Only 16 things?” Ruthless podcast host Comfortably Smug wrote on Twitter. “This is pathetic American surrender. Trump took away their pipeline. Biden gave it back and then surrendered everything but 16 things. American Decay.”