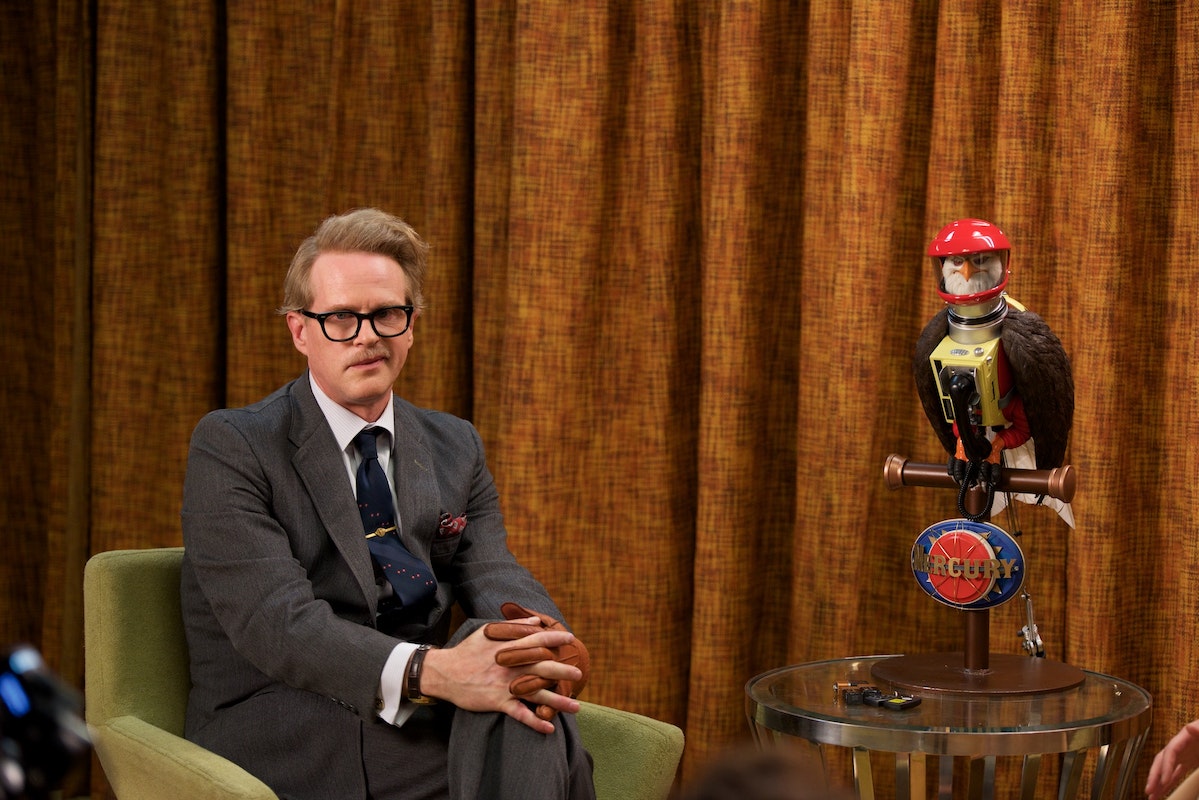 As an entertainment reporter for The Daily Wire, one of the most frequent questions I get from readers is, “When are you guys going to release a comedy?”

On Thursday, they got their answer.

The story opens on Ruckus Mandulbaum (Cary Elwes), a professor who pioneers a Titan badge that transfers superpowers to anyone who wears it. He bestows his invention on three kids who form a family of quirky superheroes — the Hyperions. But, years later, when the group has a falling-out with Ruckus, he replaces them with the three new teens. That’s when two of the original Hyperions form a plan to get their badges back that involves plenty of hostages, hijinks, and laughs.

Set in the period between 1960 and 1979, the trailer highlights a trendy mid-century aesthetic that one commenter on YouTube described as “Wes Anderson meets Marvel.” It also stars Penelope Mitchell (“Hellboy”), Elaine Tan (“Tully”), and Alphonso McAuley (“Walk of Shame”).

As first reported in Deadline, The Daily Wire acquired the rights to the movie from Saban Films. The story goes on to say that the comedy marks “an interesting left turn in terms of style and content for the emerging media company.” Daily Wire co-founder and co-CEO Jeremy Boreing called “Hyperions” director Jon McDonald “a true auteur” and said the film is one of the most original he’s ever seen.

“It’s a movie about pride, family, and reconciliation – values we all share regardless of our politics,” Boreing said. “It’s a perfect movie for The Daily Wire, even though I doubt anyone involved in making it listens to The Ben Shapiro Show. I consider it a privilege to bring this film to our audience.”

“The Hyperions” marks the fourth film The Daily Wire has announced in just 13 months, indicating that its stated mission to present serious competition to mainstream Hollywood is well underway. On Thursday, the company also gave Gina Carano fans their first look at a trailer for the western “Terror on the Prairie” — the former “Mandalorian” actress’ first project since parting ways with Disney in early 2021.

The fledgling studio’s first original film, “Shut In,” premiered to rave reviews on February 10, scoring a 98 percent positive audience rating on Rotten Tomatoes and a perfect “fresh” score from the four official Rotten Tomatoes critics to have reviewed the film so far.

Film Threat’s Alan Ng pointed out that the thriller pushes no particular political agenda and boasts a “high level of suspense in such a small space, as the action is beautifully shot.”

“As small as this is, you’re in for an engaging ride, and it sets a good standard for any indie filmmaker wanting to try this genre,” Ng goes on, later adding, “Everything from composition to camera movement to lighting is top-notch.”

He finishes with an observation sure to encourage any movie professionals looking to break out of the left-wing Tinsel Town ghetto: “[‘Shut In’] is loaded with a lot of formerly disillusioned production talent grateful for a chance to make a high-quality film outside the Hollywood system, and it shows.”