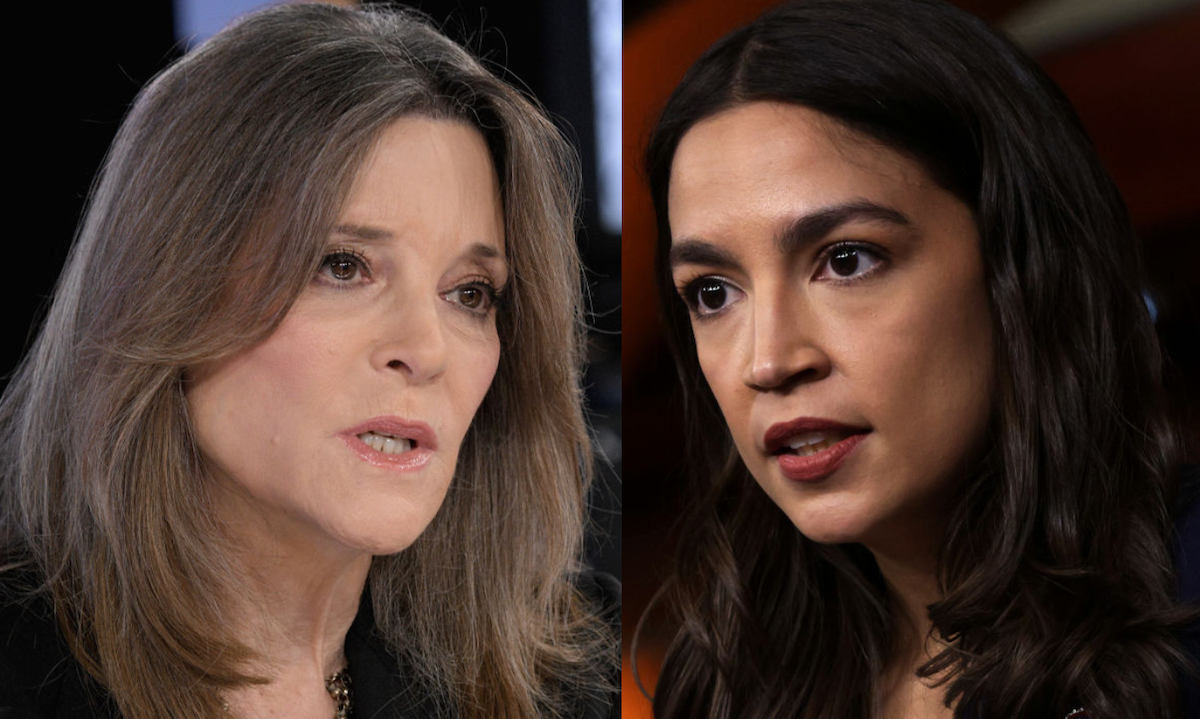 AOC was recently asked by The New Yorker magazine if she thinks it’s “healthy” for the Democrat Party that Pelosi remains Speaker, Fox News reported:

“It’s really all about a specific moment that we’re in,” Ocasio-Cortez responded. “We are in such a delicate moment of the day-to-day, particularly with the threats to our democracy. I believe that, at the end of the day, there’s going to be a generational change in our leadership. That is just a simple fact. Now, when that particular moment happens? I think it’s a larger question of conditions and circumstance.”

“You don’t want to go near this one,” New Yorker’s David Remnick said.

“It’s a tough question,” the lawmaker said. “It’s not even just a question of the Speaker. It’s a question of our caucus. I wish the Democratic Party had more stones. I wish our party was capable of truly supporting bold leadership that can address root causes.”

The response did not at all satisfy Williamson, a fellow far-Left progressive.

“There are many times when I really appreciate Alexandria Ocasio-Cortez, but this is not one of them,” the former Democratic presidential candidate told Status Coup’s Jordan Chariton on Tuesday. “That was such bulls***. That was such to doublespeak.”

“And I think that members of the Squad such as her know that many people are getting very frustrated that they’re not making more noise,” the author continued. “And so that answer that you just quoted does not work for me.”

“It just breaks my heart the way Republicans are more willing to stand up to their leaders than so many Democrats,” Williamson conceded. “Why is Nancy Pelosi still there? And you know, I’m old enough to remember when she had some progressive spunk to her, but she doesn’t now.”

“That was such Bullsh*t!” – @marwilliamson Calls out AOC dodging question on whether Pelosi should remain as Speaker w/ @JordanChariton pic.twitter.com/MgNsy0VJaY

Williamson made the comments on Twitter on Sunday in response to ongoing controversy regarding Rogan’s programs on COVID-19.

“I’m triple vaxxed, but (unless they’re standing for hate or calling for violence) banning someone’s podcast is too much like burning a book to me. Joe Rogan should talk on his podcast about whatever he damn well pleases,” Williamson wrote.

Williamson, who ran against President Joe Biden during the 2020 Democratic primary, is best known as the bestselling author of the book “A Return to Love.”

“It seems so clear to me that a nation thrives when the majority of its people thrive. It’s the essence of a democratic as opposed to an aristocratic worldview,” Williamson stated in another recent tweet.