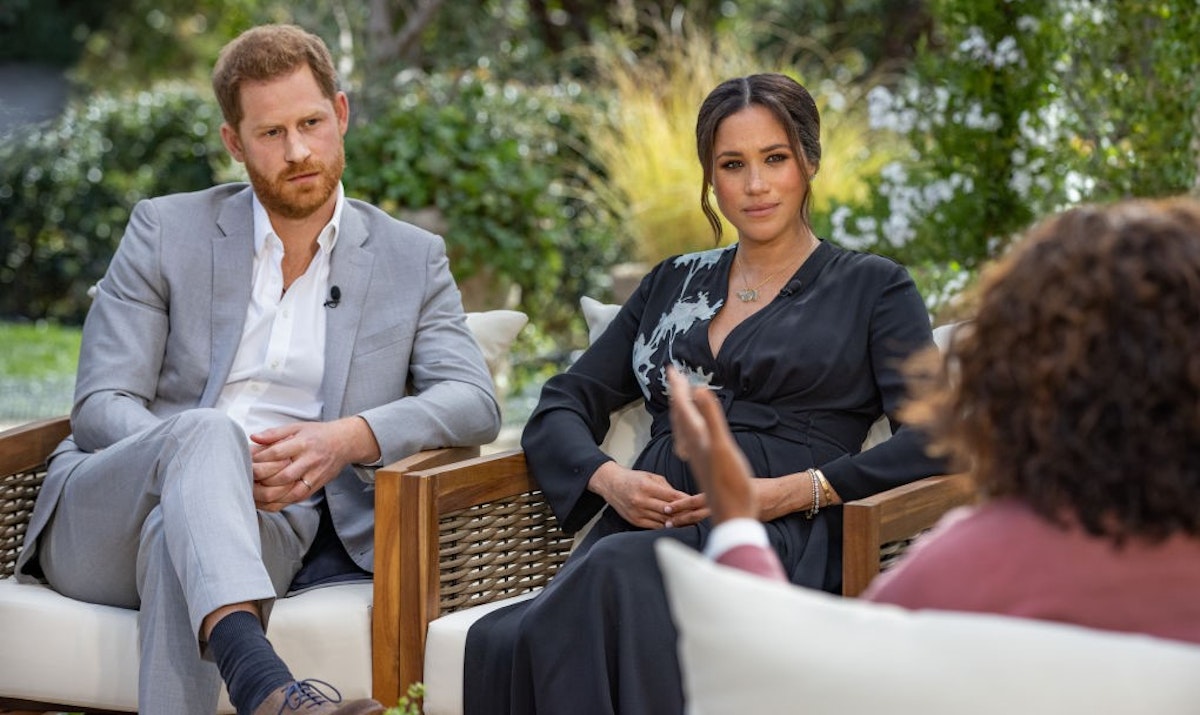 The photo featured the couple on the cover of Time Magazine’s issue for Times 2020 top 100 most influential people. “Harry, whose 37th birthday was on Wednesday, was dressed in all black and sat behind Meghan with a hand on her shoulder. The former actress, 40, donned a white pantsuit and gold jewelry,” Fox News reported.

Critics mocked the couple’s shot, as well as their profile in Time’s top 100 written by Spanish chef Jose Andres.

“They don’t run toward s***. They sit in a wall-off mansion in a gated community and only make scripted public appearances at events their publicists deem good for their brand,” radio host and columnist Derek Hunter wrote.

Harry’s posture and position behind Meghan also earned some mockery, with one British television host comparing Harry to Meghan’s “hairdresser.”

“If you look at the cover their [sic] you’ll see that Harry is crouching down in a sort of diminutive position which was a deliberate choice to allegedly represent the ‘equalness’ of their relationship,” Sky News guest host Daisy Cousens said. “The problem is that it simply has the effect of making him look like Meghan Markle’s hairdresser at the end of the appointment checking whether or not she likes her layers.”

“I’ve never been so embarrassed by someone else’s tweet before,” commentary writer Drew Holden said.

Harry and Markle abandoned their royal duties earlier this year, breaking from the British royal family in what has been called “Megxit” after Markle herself. In the immediate aftermath of the family divorce, the couple sat for an interview with Oprah Winfrey where they justified their decision to move out of the U.K. and made a series of allegations against the palace and its staff. Commentators have questioned the veracity of many of the couple’s claims.

In July, Harry announced a book that will give a “wholly truthful” account of how “Megxit” took place. According to The Daily Wire:

Prince Harry will release a “wholly truthful” memoir about his life in the royal family and about his “Megxhit” escape to the United States with his wife, Meghan Markle.

The New York Post’s Page Six reports that Prince Harry’s biography — a first draft of which is nearly complete — is expected to be “explosive” and that the former royal, who made a public split with his family last year, will be retelling his life story, “not as the prince I was born but as the man I have become.”

Harry and his wife Meghan have traded on their experience as royals of late, inking podcast and series’ deals with major names like Spotify and Netflix, and doing a tell-all interview with Oprah Winfrey where the pair detailed a litany of slights suffered while under the thumb of the British royal family.