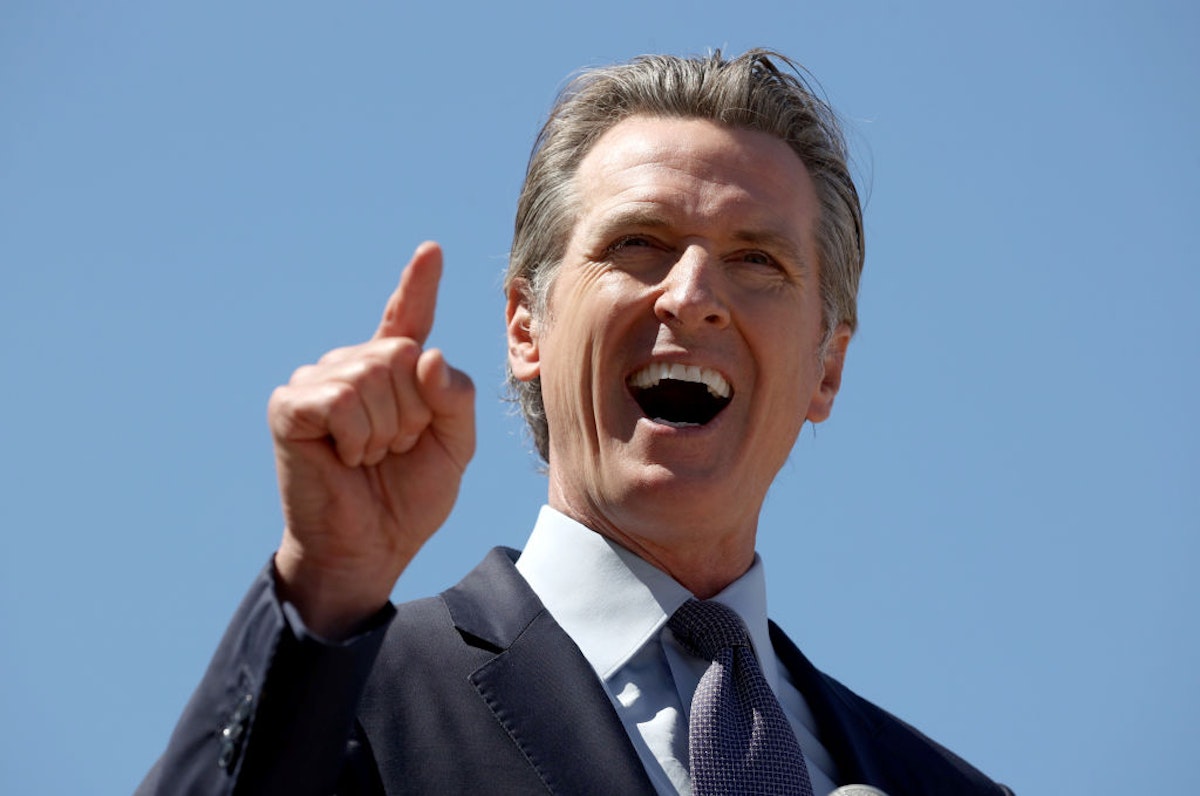 California on Monday became the latest — and the largest — state to adopt the mail-in ballot system. Now, ever single eligible voter in California will be mailed ballots for elections without asking for one.

Voters in California are still allowed to cast their votes at polling stations on Election Day instead of using their mail-in ballot.

Democratic Governor Gavin Newsom (CA), who recently escaped a recall challenge, signed the bill Monday. “California just made vote-by-mail PERMANENT,” Newsom boasted via Twitter. “Which means every registered voter will receive a ballot in the mail for every election.”

“Unlike other states…CA is working to make it EASIER than ever before to vote,” the Democrat claimed.

Which means every registered voter will receive a ballot in the mail for every election.

Unlike other states…CA is working to make it EASIER than ever before to vote.

The practice of mail-in voting became widespread just before the 2020 presidential election, ostensibly as a COVID precaution. The new system dramatically increased voter turnout across the nation.

According to the National Conference of State Legislatures (NCSL), with all-mail elections, “all registered voters are sent a ballot in the mail. The voter marks the ballot, puts it in a secrecy envelope or sleeve and then into a separate mailing envelope, signs an affidavit on the exterior of the mailing envelope and returns the package via mail or by dropping it off.”

“Ballots are mailed out well ahead of Election Day, and thus voters have an ‘election period,’ not just a single day, to vote,” NCSL explained. “All-mail elections can be thought of as absentee voting for everyone. This system is also referred to as ‘vote by mail.’”

Critics of drop-boxes and universal mail-in ballots have cited the spike in Americans’ mistrust in election results following the widespread changes.

As highlighted by The Daily Wire earlier this week, Arizona Attorney General Mark Brnovich has demanded a freeze on all election-related materials as the office preps for litigation and further investigation, following the release of a report on the 2020 election audit in Maricopa County:

“The Arizona Senate’s report that was released on Friday raises some serious questions regarding the 2020 election,” AG Brnovich said in a statement posted to the Attorney General’s office website. “Arizonans can be assured our office will conduct a thorough review of the information we receive.”