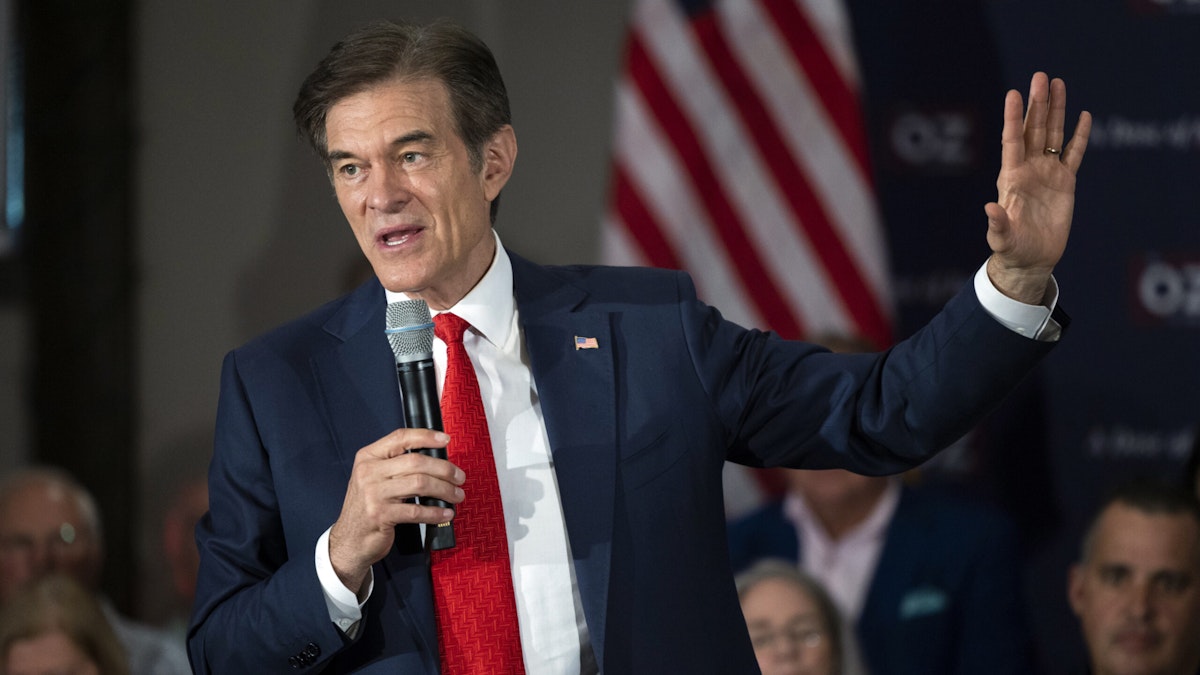 In a statement posted to his Twitter account, the Oz campaign slammed McCormick for “following the Democrats’ playbook,” and eroding voters’ confidence in election integrity, after it was revealed that lawyers for the McCormick campaign were pressing state officials to count the undated mail ballots.

“David McCormick has been a formidable opponent, but it is becoming obvious that he is likely going to come up short to Dr. Mehmet Oz,” Oz’s campaign manager Casey Contres said Saturday. “Unfortunately, the McCormick legal team is following the Democrats’ playbook, a tactic that could have long-term harmful consequences for elections in the Commonwealth of Pennsylvania. It is a clear contrast between Dr. Mehmet Oz’s efforts to secure America’s democratic process and John Fetterman, the Democratic nominee, who doesn’t even want to require Pennsylvanians to show ID to vote. As a party, and as a people, Dr. Mehmet Oz believes we must restore faith in our government institutions.”

“Dr. Mehmet Oz continues to respectfully allow Pennsylvania’s vote counting process to take place and puts his faith in the Republican voters who we believe have chosen him as their nominee,” Contres added. “That is why our campaign will oppose the McCormick legal team’s request that election boards ignore both Pennsylvania Supreme Court and state election law and accept legally rejected ballots. If Dr. Mehmet Oz is the nominee, he would appreciate David McCormick’s support, and every other Pennsylvanian, if defeating extreme liberal socialist John Fetterman who would prove nothing more than a rubber-stamp for Joe Biden’s failed policies.”

Lawyers for the McCormick campaign wrote letters to officials in all 67 Pennsylvania counties asking them to count undated mail-in ballots, after the Third Circuit Court of Appeals issued a ruling ordering mail ballots to be counted in a county court election from November 2021. The Third Circuit ruled that 257 ballots thrown out in the race for Judge of the Common Pleas Court of Lehigh County should be counted, the Philadelphia Inquirer reported.

“We trust that in light of the Third Circuit’s judgment you will advise your respective Boards to count any and all absentee or mail-in ballots that were timely received but were set aside/not counted simply because those ballots lacked a voter-provided date on the outside of the envelope,” McCormick’s lawyer said in an email to the county officials, via CNN. “To the extent you are not willing to provide this advice, we ask for a formal hearing before your Boards on this issue.”

The PA Senate race is still too close to call, but Oz currently holds a razor-thin lead, according to NBC News’ election results tracker. Oz leads McCormick by about 1,070 votes, less than 0.1%, with an estimated 9,500 ballots left to count. The vote is almost certain to trigger an automatic recount, which takes place if the vote differential is under half a percentage point, according to Pennsylvania law. Former President Donald Trump, who endorsed Oz, has repeatedly criticized the delays in the vote count, and called for Oz to declare victory, on his Truth Social platform.