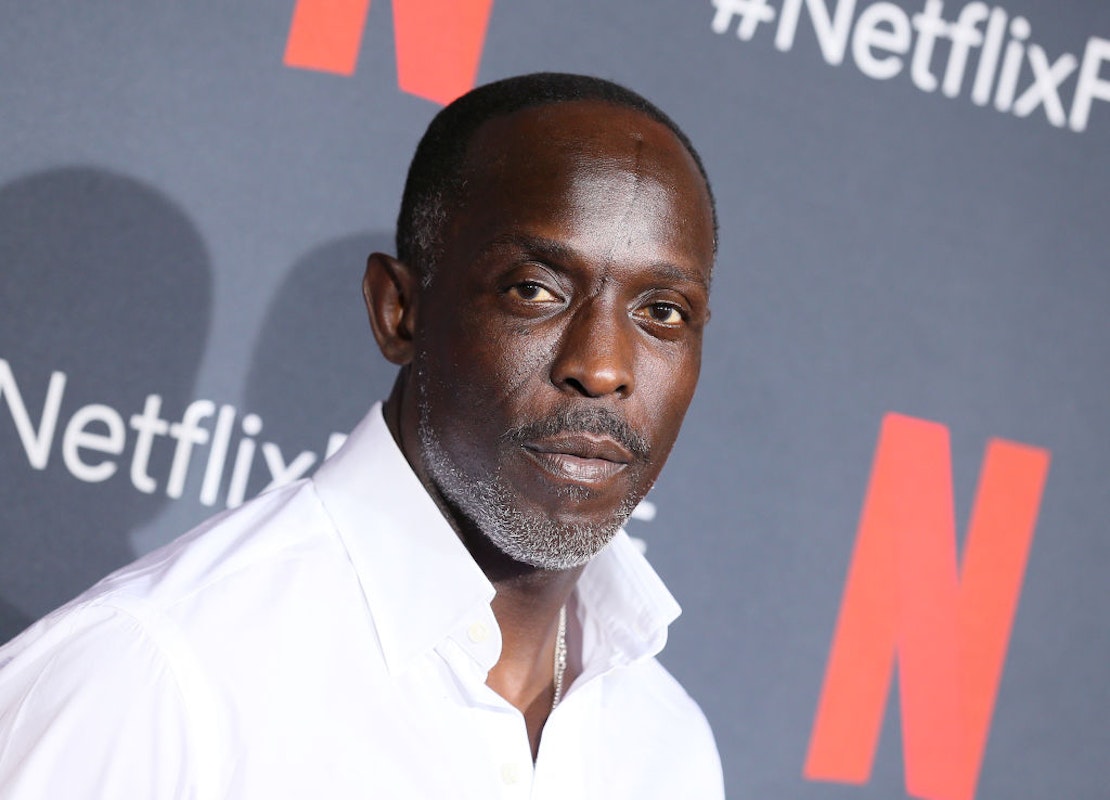 Four men have been arrested on drug charges in connection to the overdose death of actor Michael K. Williams, best known for his role on “The Wire.” Williams was found dead of an apparent overdose in his Manhattan apartment in early September.

At the time of his death, the medical examiner ruled he died from “acute intoxication by the combined effects of fentanyl, p-fluorofentanyl, heroin and cocaine.”

The U.S. Department of Justice (DOJ) issued a press release on Wednesday explaining the arrests, saying that four men, Irvin Cartagena, Hector Robles, Luis Cruz, and Carlos Macci, were charged as part of a narcotics conspiracy.

Cartagena was arrested in Puerto Rico and is expected to appear in a federal court in Puerto Rico on Thursday. He is accused in a criminal complaint of providing the lethal dose of fentanyl-laced heroin to the actor the day before his death. The press release noted that surveillance footage shows Cartagena handing drugs to Williams on or about September 5, the day before Williams’ body was discovered.

The federal complaint reportedly alleges that Cartagena sold drugs to undercover informants for months before Williams’ death, according to NPR.

“Michael K. Williams, a prominent actor and producer, tragically overdosed in his New York City apartment from fentanyl-laced heroin. Today, along with our law enforcement partners at the NYPD, we announce the arrests of members of a drug crew, including Irvin Cartagena, the man who we allege sold the deadly dose of drugs to Michael K. Williams,” U.S. Attorney Damian Williams said in the press release. “This is a public health crisis. And it has to stop. Deadly opioids like fentanyl and heroin don’t care about who you are or what you’ve accomplished. They just feed addiction and lead to tragedy. The Southern District of New York and our law enforcement partners will not give up. We will bring every tool to bear. And we will continue to hold accountable the dealers who push this poison, exploit addiction, and cause senseless death.”

Even after Williams’ death, the four men continued to sell fentanyl-laced heroin in broad daylight, the DOJ said.

“As these federal charges show, the NYPD’s narcotics and precinct detectives in Brooklyn North lived this case, never relenting in their investigation until they could bring a measure of justice to Michael K. Williams and his family. It is a level of dedication the NYPD carries out in every case, from beginning to end, in every instance where criminals peddle narcotics and prey on the innocent, and where people die from illegal drugs,” NYPD Commissioner Keechant Sewell said in the press release. “I commend our NYPD investigators, working closely with their federal partners in the United States Attorney’s Office, in the Southern District of New York, for their work to clean up this long-embattled block in Williamsburg, Brooklyn, and for their sustained commitment to follow every lead this case wrought, from New York City to Puerto Rico and back.”