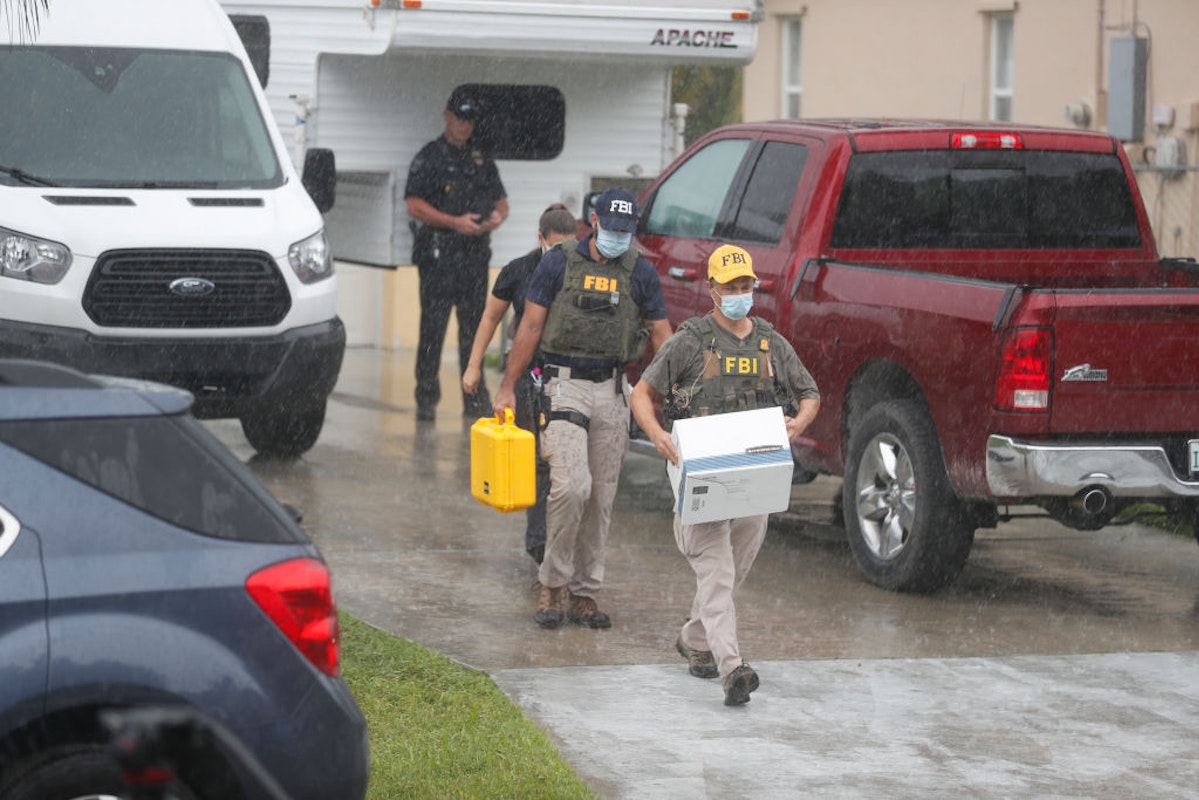 Authorities are looking into deer camera footage which seemingly captured images of a man matching the description of Brian Laundrie, the 23-year-old boyfriend of missing Gabriele Petito.

A man named Sam Bass posted an image of the man captured by his deer camera.

“I’m not saying this is the guy but whoever was on my trail camera this morning in Baker, Fl strongly fits the description of Brian Laundrie,” Bass captioned the image. “Authorities have been contacted but people in the North West Florida area be on the lookout.”

The image was captured at 6:17 a.m. on Monday morning in Baker, Florida. Baker is about 500 miles away from the Laundrie home, which was raided by the FBI and reportedly deemed a “crime scene,” Monday.

The Okaloosa County Sheriff’s Office, which has jurisdiction over the location, confirmed to the New York Post that they are looking into the possible sighting.

Check out Sam Bass’s Facebook page. His trail camera picked up someone that fits his description. pic.twitter.com/huNGULUkUH

As highlighted by the Post, a Twitter user took side-by-side images of the deer cam image and Laundrie’s backpack. “Looks like the guy from Sam Bass’ video in Baker, Florida has the same backpack as Brian Laundrie,” the Twitter user wrote. “Could it actually be him?”

Looks like the guy from Sam Bass’ video in Baker, Florida has the same backpack as Brian Laundrie. Could it actually be him? #gabbypetito pic.twitter.com/JHnuZR5Ddu

Laundrie, 23, went missing last week while the search for his girlfriend intensified. He’s been determined by police in North Port as “a person of interest” in the disappearance case.

As highlighted by The Daily Wire, search warrant documents released Monday evening revealed “odd texts” sent from Petito’s phone in August — texts her parents believe were not sent from their daughter.

One of the final messages sent from the 22-year-old’s phone to mom Nichole Schmidt was received on August 27, Fox News reported. “Can you help Stan, I just keep getting his voicemails and missed calls,” the text message read, according to the search warrant.

“The reference to ‘Stan’ was regarding her grandfather, but per the mother, she never calls him ‘Stan.’ The mother was concerned that something was wrong with her daughter,” the document explained.

The text was apparently one of a dozen used by local law enforcement to gain probable cause to conduct a search at the home of Petito’s boyfriend Brian Laundrie and his parents, Fox noted.

The FBI Denver, the National Park Service, and law enforcement announced Sunday during a news conference in Grand Teton National Park that remains found in Wyoming’s Grand Teton National Park are believed to be consistent with Petito, ABC7 reported. The local outlet added that “Charles Jones, the FBI’s supervisory senior resident agent, said that a full forensic identification hasn’t yet been completed, but investigators did notify Petito’s parents.”

“We continue to seek information from anyone who utilized the Spread Creek Dispersed Camping Area between the dates of August 27 and August 30,” Jones said. “Anyone that may have had contact with Gabby, or her boyfriend or who may have seen their vehicle in that area, please share any new information with the FBI.”

The cause of death remains undetermined at this time. An autopsy is planned for Tuesday.