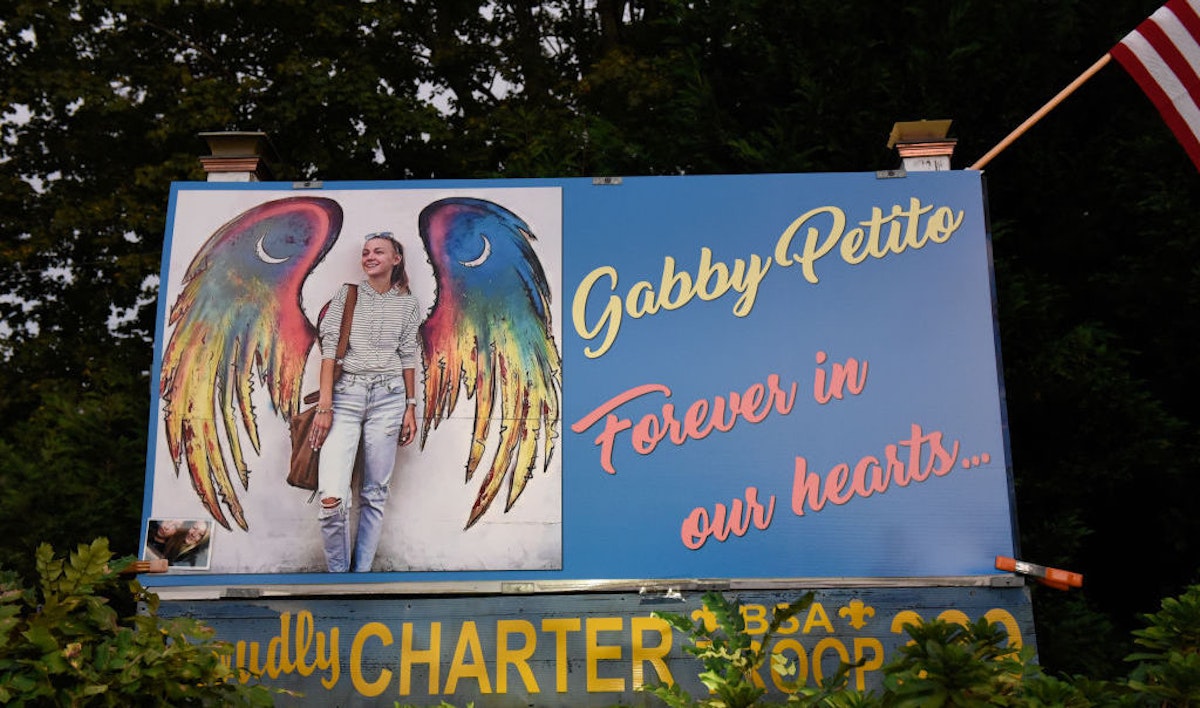 A friend of Gabby Petito says Brian Laundrie, Petito’s fiancé and a person of interest in her death, is capable of surviving in the wilderness for months at a time.

Rose Davis, who was one of Petito’s closest friends before she died, told People that Laundrie had once survived in the Appalachians for months and that he is likely hiding out somewhere in the wilderness now. Laundrie, 23, is being hunted by the FBI and a number of state and local law enforcement agencies over Petito’s death.

“If he’s alive, he’s out there, camping out,” she continued. “He lived in the Appalachians by himself for months.”

Laundrie was last seen by his parents on September 14, two weeks after he returned from a cross-country camping trip without Petito. The FBI raided his parents’ home several days later, removing boxes of evidence and confiscating a vehicle.

Petito was found dead near an undeveloped campsite in Grand Teton National Park on September 19. A Wyoming coroner positively identified Petito and ruled her death a homicide on Tuesday.

Petito and Laundrie were allegedly having relationship issues in the days leading up to her disappearance. The couple was reportedly kicked out of a restaurant in Jackson Hole, Wyoming, on August 27. As The Daily Wire reported:

A couple in town for a wedding recalled seeing both Petito and Laundrie at a Jackson Hole, Wyoming, restaurant and witnessing a “full-blown incident,” a Fox News Digital report outlined.

Nina Celie Angelo and boyfriend Matthew England said they saw an “agitated” Laundrie arguing with a waitress at Tex-Mex restaurant Merry Piglets between 1 and 2 p.m. Petito and Laundrie were eventually “kicked out of the restaurant,” Angelo said via social media.

Merry Piglets confirmed on Instagram that the pair were indeed at the spot on August 27. “Yes, we can confirm Gabby and Brian were in Merry Piglets…We have already notified the FBI and they are aware. We are letting them do their jobs and we are respecting Gabby’s family and have nothing further to comment,” the restaurant said.

The manhunt for Laundrie has attracted national attention as federal, state, and local police join the hunt. On Thursday, a prominent Florida attorney, Tatiana Boohoff, offered a $20,000 reward to anyone who could provide information of Laundrie’s whereabouts that could lead to his discovery. A message posted to Boohoff’s firm’s website says:

A reward will be paid once the investigating law enforcement agency supplies Boohoff Law written verification that a tip helped lead to locating Brian Laundrie. The authorized reward will remain open for two months starting from the receipt of the tip by the investigating law enforcement. Only one reward is offered. This reward is offered to the first person to supply information leading directly to the exact whereabouts of missing person Brian Laundrie. This reward cannot be split.