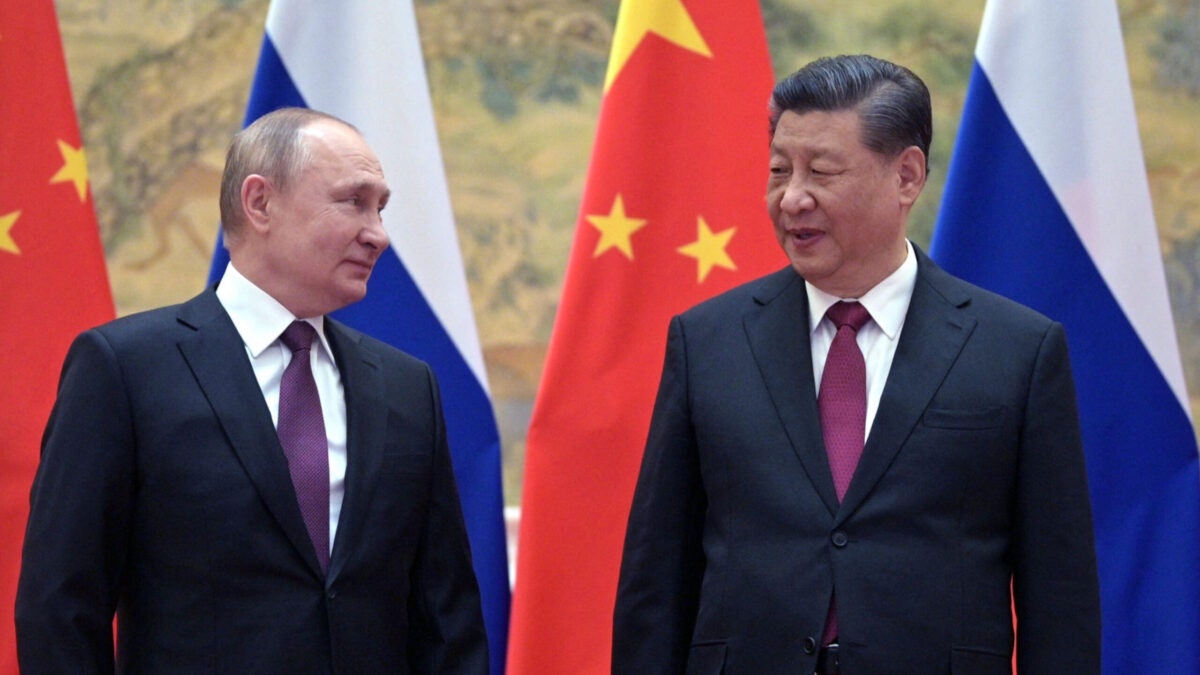 On Sunday, Rep. Michael McCaul (R-TX) appeared on ABC’s “This Week” with host Martha Raddatz. During a segment regarding escalating Russia/Ukraine tensions, Raddatz asked McCaul what a Russian invasion of Ukraine would mean for Americans.

“Why is Ukraine important, right?” McCaul replied. “Because it emboldens and empowers Putin.”

After stating that the Nord Stream 2 sanctions “that we passed” and “were waived by this president … laid the predicate for this,” the representative added that the botched withdrawal from Afghanistan was also a “key moment” in which Putin and Chinese President Xi Jinping saw weakness.

McCaul later explained that if Putin can invade Ukraine, it essentially gives a green light for Xi to “take Taiwan.”

This is why it’s so important because Xi is watching what is happening, our adversaries are watching. If Putin can go into Ukraine with no resistance, certainly, Xi will take Taiwan. He’s always wanted this, and the South China Sea, you know, as well.

McCaul also said that he’s “working with the Senate Foreign Relations Committee” on a deterrence bill.

McCaul spoke about China invading Taiwan just over two weeks ago. During a phone call with reporters on January 21, the representative said that he expected Russia to invade Ukraine shortly, and that following the Beijing Olympics, “China’s gotten so provocative, so aggressive in the South China Sea that you will begin to see CCP, Communist Party, invade Taiwan.”

Rep. Michael McCaul, the ranking Republican member on the House Foreign Affairs Committee, tells @MarthaRaddatz that “our adversaries are watching” how the U.S. reacts to Russia’s threatening actions against Ukraine. https://t.co/7ldUIGDnTN pic.twitter.com/ZiyOg2jnO4

RADDATZ: You moderated a classified … briefing on the Hill this week with General Milley and others. Did you come away thinking it was near certain that Russia would invade?

MCCAUL: You know, I would say the conditions are there. It’s more likely than not. I think the noose is being prepared. It’s around Ukraine right now as we speak. These are dangerous times. Time is of the essence. This would be the largest invasion in Europe since World War II. And the timeframe, as Jake Sullivan mentioned, is closing in.

MCCAUL: It’s a great question. Why is Ukraine important, right? Because it emboldens and empowers Putin.

I would go back to Nord Stream 2, the sanctions that we passed were waived by this president that laid the predicate for this. The deterrence has not been there and deterrence is key. Since last March, this buildup has started.

Afghanistan was a key moment where Putin and our adversaries like Xi saw that as a moment of weakness. The most eerie thing is to see Xi and Putin hand in hand together at the Olympics, making a pact together against the United States of America.

RADDATZ: And what do you think the fallout from that is with China’s involvement and standing there next to Putin? Jake Sullivan didn’t seem to think that was a huge problem.

MCCAUL: This is why it’s so important because Xi is watching what is happening, our adversaries are watching. If Putin can go into Ukraine with no resistance, certainly, Xi will take Taiwan. He’s always wanted this, and the South China Sea, you know, as well. Very tactical, the ayatollah … is looking at this, and Kim Jong Un had two rockets fired off this month that were hypersonics.

RADDATZ: I want to go back to Putin. You look at Vladimir Putin, he’s all about force. He’s all about power. He’s all about winning. So, where is his off-ramp here? What would make him pull those troops back without looking like he’s defeated?

MCCAUL: I think deterrence. It’s possible he could invade part of Ukraine and claim a victory. But if don’t provide the deterrence, they held up this 200 million arms package that Congress approved, just now released it. Now, they’re saying it’s too late.

I’m working with the Senate Foreign Relations Committee on a bill that we hope to get out this week that will stand up the deterrence where the administration has failed to provide not only the lethal aid to Ukraine, but also the sanctions necessary, devastating sanction, including Nord Stream 2. That is a biggest leverage is that energy pipeline that President Biden gave him in Europe.