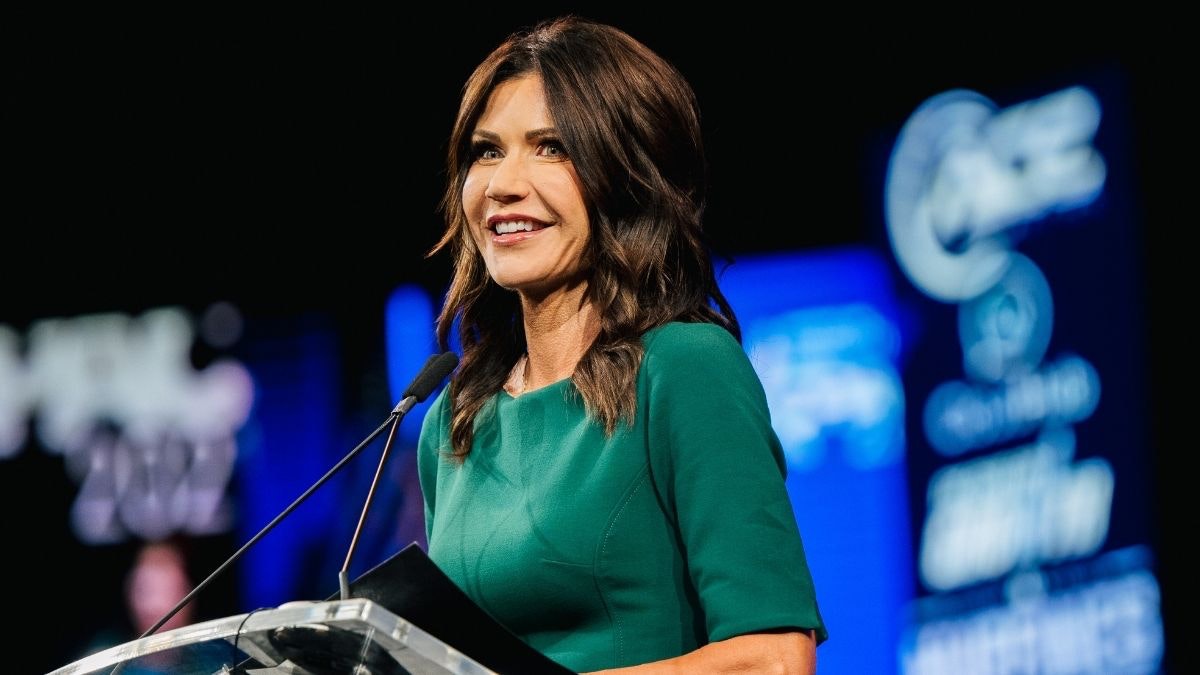 “South Dakota honors our law enforcement officers, and we respect personal freedom. In particular, we appreciate the tireless work that law enforcement does to defend our freedoms,” Noem said in a statement on Wednesday.

“In South Dakota, you will not be fired for making personal health decisions. We are working on legislation to protect your right to medical, religious, and natural immunity exemptions to COVID-19 vaccinations. We would love to have you come join us,” she added.

The statement noted that Noem launched a campaign in October 2020 to recruit law enforcement officers to the state that led to hundreds of new hirings in South Dakota.

In South Dakota, you will not be fired for making personal health decisions. We respect law enforcement and everything you do to defend our freedoms. We would love to have you come join us.https://t.co/D7bD2yA8Mv

The invitation could become important as the Los Angeles Sheriff’s Office may fire up to 4,000 staff members who have not complied with the county’s COVID-19 vaccine mandate.

The county’s Board of Supervisors approved a motion this week that could result in the termination of the unvaccinated officers as soon as next month.

“The board approved a motion brought forth by Supervisors Sheila Kuehl and Holly Mitchell that would change civil service rules and give the county personnel director say in whether to discipline or terminate employees who don’t comply with LA County’s employee COVID vaccine mandate,” Fox 11 reported.

“The order requiring all county employees to be vaccinated was issued in early August 2021, and affects more than 110,000 LA County employees, including those who work for the sheriff’s department and LA County Fire. The deadline for employees to show proof of vaccination was Oct. 1, 2021,” the report added.

Los Angeles County Sheriff Alex Villanueva has opposed the mandate and refused to terminate officers who have not complied. Villanueva fears the terminations would harm law enforcement and public safety if enforced, according to the report.

An upcoming March hearing is scheduled to determine whether the enforcement of termination can move forward. For now, unvaccinated officers continue to submit to regular testing as an alternative.

In September, a group of six Los Angeles Police Department (LAPD) employees filed a federal lawsuit challenging the requirement that all city workers get immunized against COVID-19. The Daily Wire reported:

L.A. City Council approved the ordinance 13-0, and it was signed into law by Democratic Mayor Eric Garcetti last month. The mandate gives city employees until early October to be fully vaccinated, with limited exceptions. They must show evidence of immunization or be subject to weekly testing.

According to the Los Angeles Times, the complaint was filed in U.S. District Court in L.A. It reportedly “claims the mandate violates the employees’ constitutional rights to privacy and due process and asks the court to provide immediate and permanent relief from the requirement.”