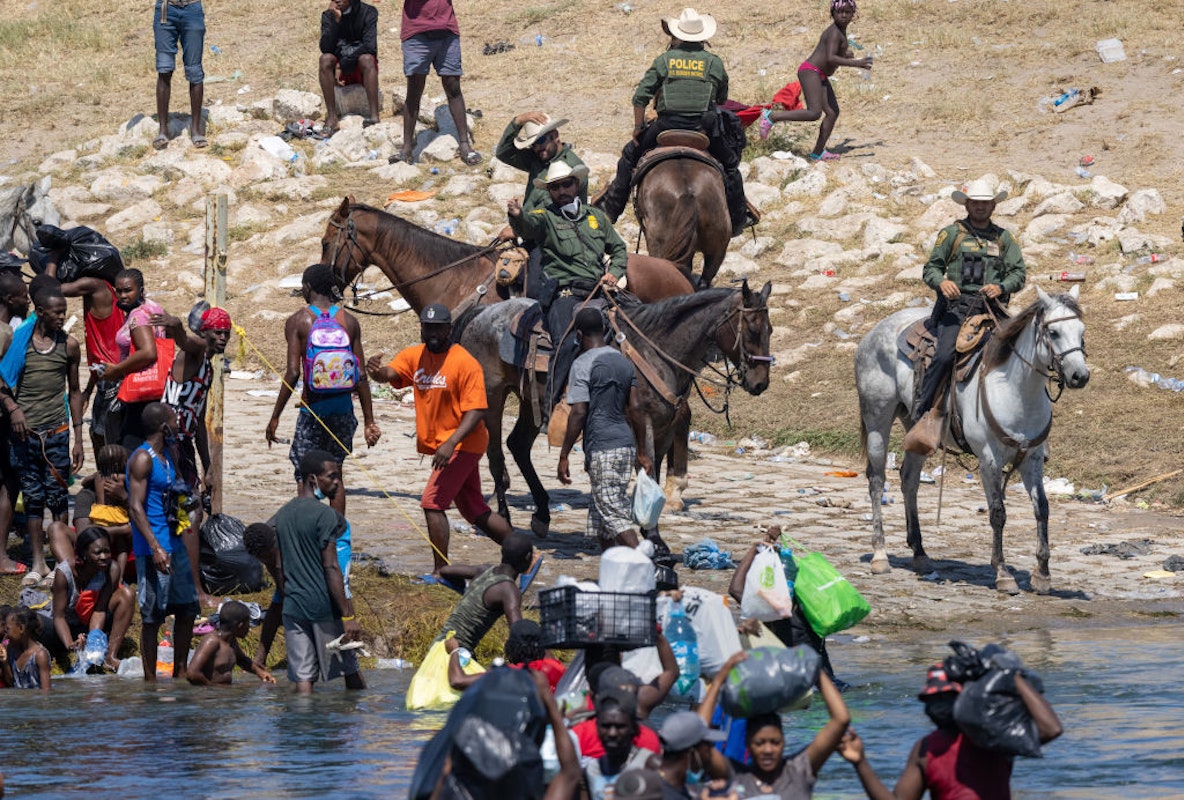 On Monday, Department of Homeland Security (DHS) Secretary Alejandro Mayorkas said that Haitian migrants who had been camping under a bridge in Del Rio, Texas, would be deported. On Wednesday, however, the Associated Press reported that U.S. officials were saying many of the migrants were being released into the U.S.

One U.S. official with direct knowledge of the situation but spoke on the condition of anonymity told the AP that Haitians have been released into the country on a “very, very large scale.” The officials suggested the number being released was in the thousands.

“Many have been released with notices to appear at an immigration office within 60 days, an outcome that requires less processing time from Border Patrol agents than ordering an appearance in immigration court and points to the speed at which authorities are moving, the official said,” the AP reported. “The Homeland Security Department has been busing Haitians from Del Rio to El Paso, Laredo and the Rio Grande Valley along the Texas border, and this week added flights to Tucson, Arizona, the official said. They are processed by the Border Patrol at those locations.”

Another U.S. official who also spoke on the condition of anonymity and has direct knowledge of the operations along the border told the AP that large numbers of the illegal immigrants from Haiti have been processed but not placed on flights back to Haiti, which began on Sunday. Both officials told the outlet that authorities had to use planes to move the immigrants when they couldn’t get enough transportation contractors to bus them to El Paso.

“The releases in the U.S. were occurring despite the signaling of a massive effort to expel Haitians on flights to Haiti under pandemic-related authority that denies migrants an opportunity to seek asylum. A third U.S. official not authorized to discuss operations said there were seven daily flights to Haiti planned starting Wednesday,” the AP reported.

Releasing the illegal immigrants into the U.S. runs contrary to what DHS Secretary Mayorkas said on Monday.

“If you come to the United States illegally, you will be returned, your journey will not succeed, and you will be endangering your life and your family’s life,” he said.

As The Daily Wire previously reported, more than 10,00 illegal immigrants set up camp under a bridge in Del Rio, Texas. Some estimates put the number closer to 14,000. Gov. Greg Abbott (R-TX), said Tuesday that he was told the current number is 8,600.

“The new crisis in Del Rio comes amid back-to-back months of Border Patrol recording well over 200,000 apprehensions of illegal aliens on the U.S. Southern Border,” The Daily Wire reported.

As the AP noted, it is unclear what criteria the U.S. is using to determine whether the illegal immigrants are returned to Haiti or released in the U.S., but it appears single adults are the majority of those who are actually deported.