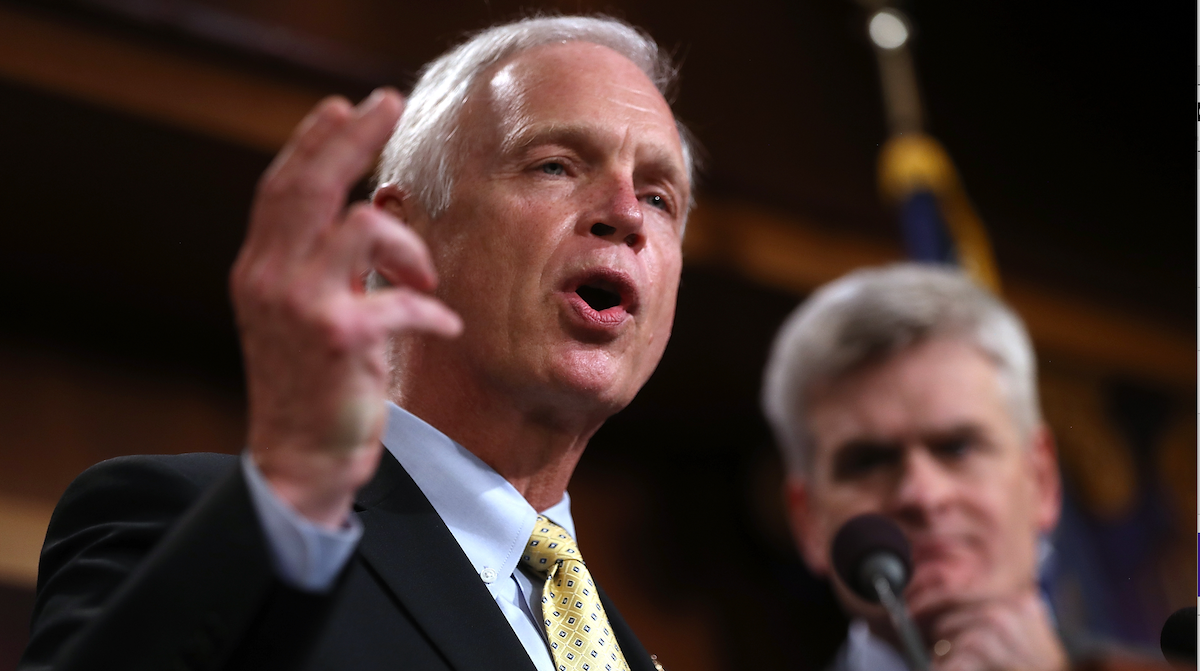 Republican Wisconsin Sen. Ron Johnson emphasized Tuesday that most Americans are not on board with the gender ideology pushing biological men in women’s spaces.

The senator touched on the topic during a telephone town hall with citizens of Wisconsin on Tuesday amid controversy over swimmer Lia Thomas, a transgender woman, who raced with female athletes over the weekend during the NCAA Women’s Swimming Championships in Atlanta, Georgia.

“So first of all, I think most Americans agree with you in terms of the transgender issue,” Johnson said during the town hall to a father dismayed that biological men are increasingly allowed in women’s spaces and events.

“You shouldn’t allow biological males to compete against girls,” Johnson continued, noting that allowing biological men in women’s sports is disheartening to the girls competing.

“You shouldn’t allow biological males to be going into women’s bathrooms, it’s creepy,” he added. “It’s just not good.”

“I think most Americans agree with you there, there’s got to be a commonsense approach without discriminating, that type of thing, so everybody can live together in peace and harmony,” Johnson added. “So I think most people agree with you … It’s the left that keeps pushing these issues on us.”

Thomas competed Saturday evening in the 100 freestyle final, finishing in 8th place with a time of 48.18 seconds.

The transgender athlete, who won the 500 freestyle on Thursday and tied for fifth in the 200 freestyle Friday, has drawn nationwide backlash for swimming and competing on a women’s team after racing with men for three years.

“It means the world to be here … I try to ignore it as much as I can,” Thomas told ESPN after winning the 500 freestyle. “I try to focus on my swimming, what I need to do to get ready for my races. And just try to block out everything else.”

“I’m finding there’s a lot of terms that come up that, terms like the fairness issue and not a level playing field, hopeless, helpless feeling,” he said, adding that some people he has spoken with have articulated that they feel it is “a sad day for the sport.”

Multiple parents with whom The Daily Wire spoke confirmed this sentiment, describing anxious mothers, fathers, coaches, and swimmers who fear publicly discussing the subject lest they face societal repercussions in a quick-to-cancel culture.

“I just don’t think it’s fair,” said the father of a swimmer from Virginia. “These young ladies have worked too hard to be treated like that.”

Another father, Felipe Delgado, whose daughter was competing at the championships against Lia Thomas, indicated that the NCAA is to blame for failing to establish proper parameters.

“Had they established rules that prohibited [Thomas] from being here, she wouldn’t be here,” Delgado said in a Friday evening interview.

“I am a believer that there is a gatekeeper,” he said. “And when that gatekeeper allows somebody to come in who potentially shouldn’t be invited to the party, I think ultimately the brunt of the blame, if there is blame to be had, would fall on that person.”