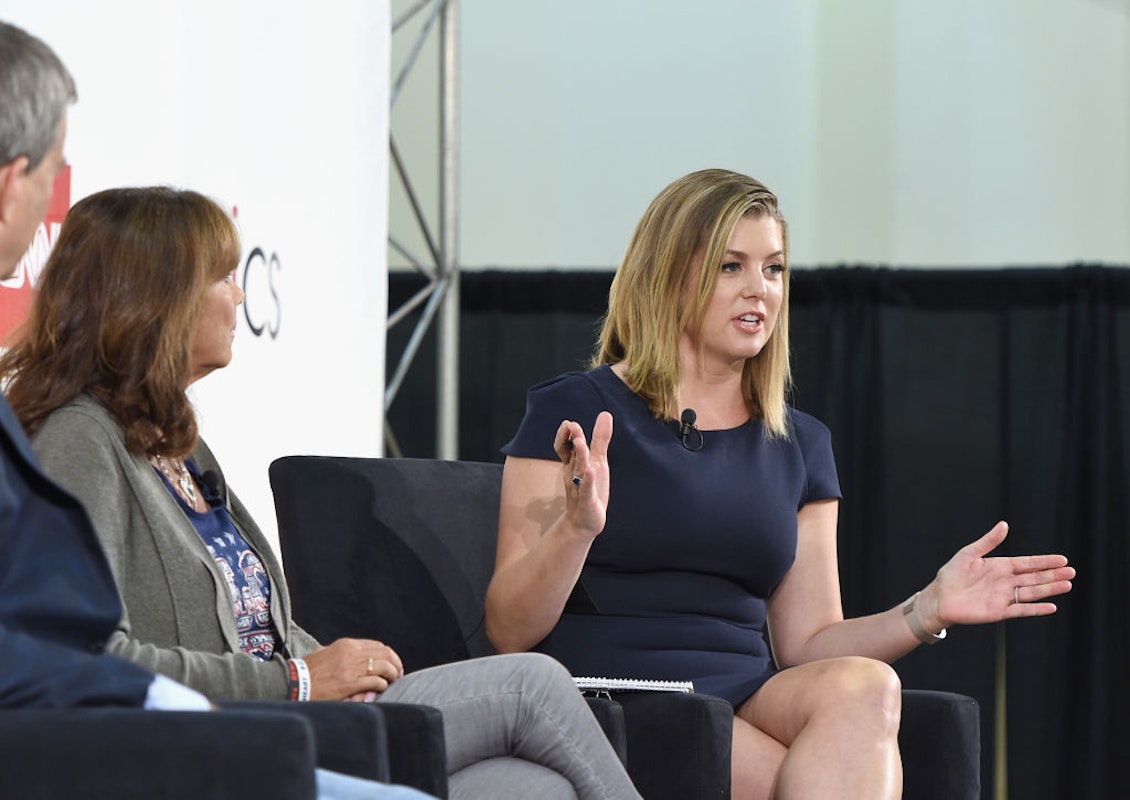 Finer said several times that Russia’s recognition of two pro-Russia regions of Ukraine — and subsequent steps taken under the guise of protecting those regions — amounted to “the beginning of an invasion,” prompting Keilar to respond: “Just call it an invasion.” In the hours after this interview transpired, however, the Biden administration appeared to pivot, officially labeling the still-unfolding situation as an “invasion.”

“An invasion is an invasion and that is what is under way,” says WH Principal Deputy National Security Adviser Jon Finer as Putin orders troops into Eastern Ukraine. pic.twitter.com/yvRfZJGqBY

After amassing some 190,000 troops along Ukraine’s border — and doing little to dispel fears of an imminent invasion — Russia announced Monday that it would officially recognize the independent status of two pro-Russia regions of Ukraine. After confirming his intention to recognize Donetsk and Luhansk as independent republics, Russian President Vladimir Putin signed treaties promising to preserve and defend those republics — and sent troops into those regions, claiming that they were to undertake a “peacekeeping mission.”

This all comes after weeks of posturing and intelligence that suggested Putin might use a “false flag” operation to provide cover for an invasion into Ukraine, and Keilar addressed that situation with Finer on Tuesday morning’s broadcast of “New Day.”

“Look, Brianna, we think this is, yes, the beginning of an invasion, Russia’s latest invasion into Ukraine, and you’re already seeing the beginning of our response that we have said will be swift and severe,” Finer said. He also noted that in addition to new sanctions from the United States, Germany had announced Tuesday a plan to refuse certification of the Nord Stream 2 pipeline.

“So you called this the beginning of the latest Russian invasion of Ukraine,” Keilar pressed. “Is that different than an invasion?”

“I think latest is important here. An invasion is an invasion and that is what is under way. But Russia has been invading Ukraine since 2014,” Finer said. “They’ve been occupying large pieces of Ukraine since 2014 including, although they’ve denied it, Russian troop presence in exactly the two, what they now call republics, but they’re really provinces of a sovereign Ukraine, that they recognized yesterday. So Russia is essentially making overt what it has denied for some time, which is Russian troop presence in these places and we are taking steps in response to that.”

“I don’t know how much more clear I can be, Brianna. This is the beginning of an invasion,” Finer insisted.

“Okay. You could just call it an invasion,” Keilar pressed again, noting that the Biden administration had been very clear in the weeks leading up to the current situation about what they believed constituted an “invasion.”

“I think the distinction here may have to do with the response that an invasion triggers,” Keilar tried once more. “Why not just call it an invasion?”

“I mean, again, I guess for the third or fourth time, I am calling it an invasion,” Finer conceded.